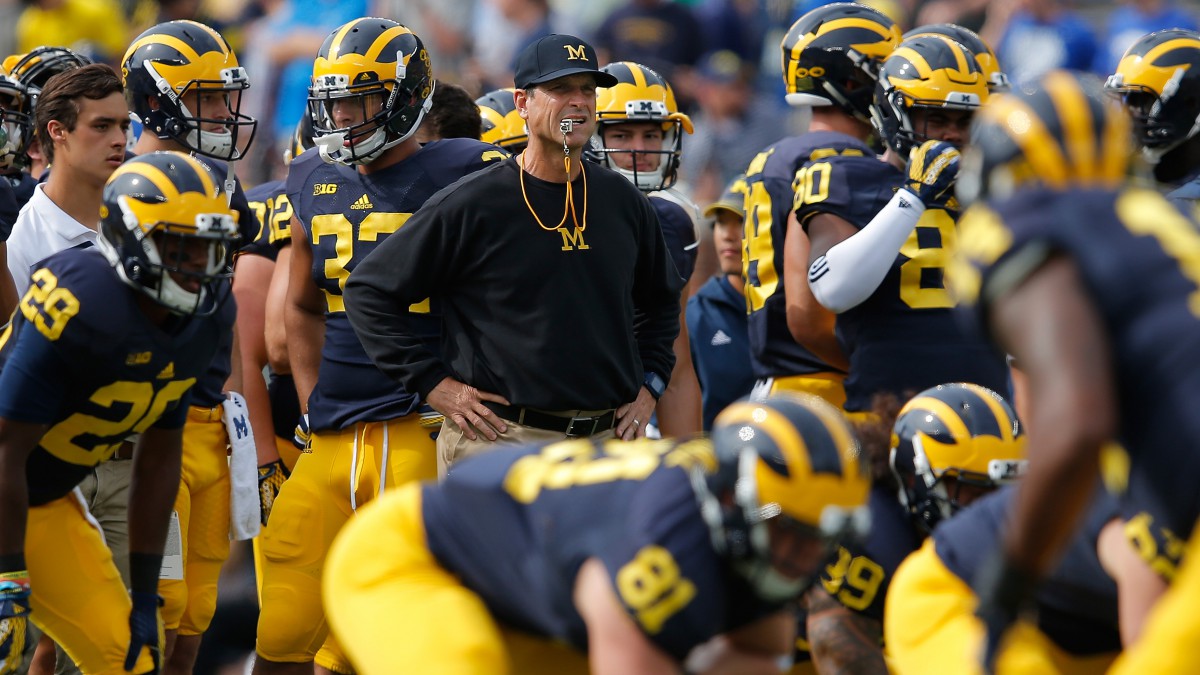 This is one of those weird weeks where we’re putting up a viewing guide after a game has already been played: Arkansas State beat South Alabama on Tuesday night in Mobile, 49-31. You can watch the whole thing on your phone if you missed it. The Red Wolves scored 29 points in the fourth quarter, twice on offense and then twice on defense. It was, in other words, exactly the sort of thing one wants out of a Tuesday prime-time football contest.

The good news: The balance of Week 7 brings a headliner binge the likes of which we haven’t seen all year, beginning with a Thursday-night game between top-20 Pac-12 programs. From an entertainment-intake perspective, this is the sporting equivalent of listening to an entire DragonForce album at the same time. Here, try it:

How High Are the Week 7 Stakes? High as a foil-wrapped tamale thrown up in the air and hit from the top row of Death Valley into the roiling mass of purple-and-gold humanity below, using another foil-wrapped tamale as an improvised bat; no, that example doesn’t seem weirdly specific; no, you are being evasive.

Undercards of Interest: It’s a mark of the quality of the weekend that Penn State at no. 1 Ohio State (8 p.m., ABC) is this far down the list. Same with West Virginia at no. 2 Baylor (noon, Fox). The Bears and Mountaineers have met three times in program history; the lowest-scoring game of the series ended 41-27. Also of note: No. 19 Oklahoma travels to Kansas State (3:30 p.m., ABC), where the Wertherscraft magic of Bill Snyder will somehow engineer a close game despite having lost thirty-eleven quarterbacks in the space of half a season.

Rivalry Game of the Week: Air Force at Colorado State (3:30 p.m., CBSSN), for the honor of hosting the RAM-FALCON TROPHY. Look, it’s not the most glorious totem to gaze upon. But it’s a ram and a falcon fused together in metal, and its name carries a blunt elegance. The foundation is there for some real Lovecraftian horror.

Grudge Match of the Week: No. 13 Ole Miss at Memphis (noon, ABC/ESPN2). Oxford and Memphis are separated by a 90-minute drive. Mississippi head coach Hugh Freeze has ties to both cities. Memphis hasn’t notched a win in this on-again, off-again series since 2004, got beat 24-3 in Oxford last season, and comes in undefeated but facing a precipitous uptick in competition. By all rights, this game should kick off no earlier than 9 p.m. and be lit only by bursts of illegal fireworks.

Games Featuring Head Coaches Who Were Not Head Coaches This Time Last Thursday: Been a week, hasn’t it? Remember when Tim Beckman got fired? How many scandals ago was that, now? Anyway: Vanderbilt at South Carolina (4 p.m., SECN) will see the debut of Shawn Elliott, stepping in for the retiring Steve Spurrier. USC at no. 14 Notre Dame (7:30 p.m., NBC) will feature the return of Clay Helton, who served in an interim-interim capacity for the Trojans’ 2013 Las Vegas Bowl appearance following the firing of Lane Kiffin and the departure of Ed Orgeron.

How many undefeated bids could come crashing down this weekend? There are 15 and-oh teams on the schedule in Week 7; as many as 14 of those could come undone, if you’re willing to entertain a universe in which Toledo is upset by Eastern Michigan. The only game featuring two unbeaten programs is Florida-LSU.

How many teams could get their first win this weekend? The winless well is dwindling, but none of the five squads on the slate has a particularly favorable matchup; the most closely matched game is probably 3-3 Nevada at 0-6 Wyoming.

Is there a crueler league to teams on a skid than the Big 12? There is not. This week, the Kansas Jayhawks (0-5) must face the blazing guns of Texas Tech (4-2), with the Red Raiders coming in averaging almost 53 points per contest. It’s not even funny. 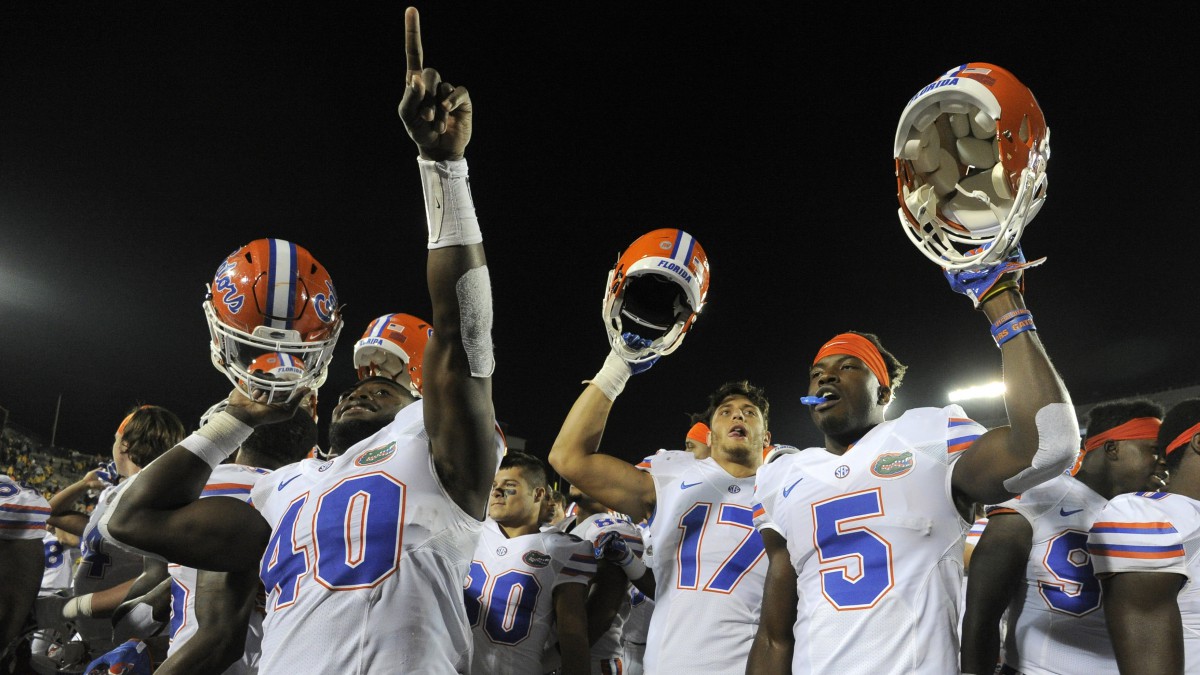 Thursday: WEEKNIGHT GAME OF IMPORT SIREN. THURSDAY-NIGHT SEC GAME SIREN. THESE ARE NOT THE SAME GAMES SIREN. Auburn at Kentucky (7 p.m., ESPN) and Western Kentucky at North Texas (7:30 p.m., CBSSN) are both on, but this week you can afford to wait for the good stuff, in the form of the no. 18 UCLA at no. 15 Stanford kick at 10:30 p.m. (ESPN).

Friday: Some potentially entertaining sleeper hit games here, with an hour buffer in between that will allow you to sample both Cincinnati at BYU (8 p.m., ESPN) and no. 21 Boise State at Utah State (9 p.m., CBSSN).

College football broke into the wrong goddamn rec room, is the message here.

Throw Down: The Blue Jays Toss the Rangers Thanks to One of the Craziest Innings in MLB Playoff History