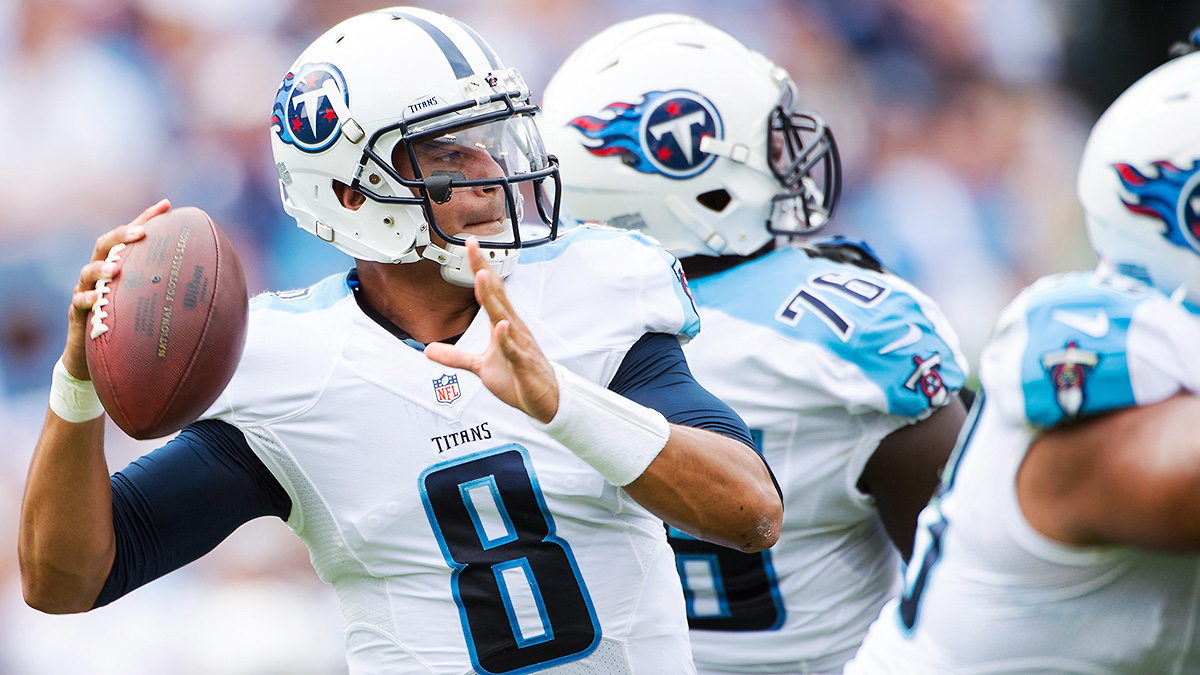 Has it already been a month since draft season? Time flies, but this Eagles offense sure doesn’t. The boundless optimism of August and September has given way to the harsh realities of October, and you probably need some awards to cheer you up. Thankfully, I’ve got you covered: Let’s honor some fantasy studs and duds from the first three weeks of the NFL season.

Bill Barnwell said it best: Jones is ridiculous, and there isn’t really much else to add. He’s on pace to set single-season records for receptions, targets, and receiving yards, and his four touchdowns are nothing to scoff at, either. Bow down to your new fantasy overlord.

It was supposed to be so simple: If you got stuck with a late first-round pick, you still had reason to smile, because you’d have a decent chance of snagging Dez. DeMarco Murray had fled Dallas for Philly, and Jason Garrett wasn’t going to trust the not-so-dynamic duo of Joseph Randle and Darren McFadden to tote the rock 30-plus times per game. Tony Romo would have license to air it the fuck out, and Dez would be the primary beneficiary, resulting in a veritable PROFUSION of fantasy points.

And that proved true — for all of three quarters. During the Cowboys’ Week 1 tilt against the Giants, Dez suffered a broken bone in his right foot, sidelining him for four to six weeks … or is it 10 to 12? If it’s the latter, owners won’t get him back until the playoff push, by which time their postseason hopes will likely be shot. And if it’s the former, Brandon Weeden will be his quarterback when he returns, because Romo broke his collarbone in Week 2. I’m not sure which scenario is worse.

I used to think that nobody loved Johnny Manziel more than me. As it turns out, I was wrong, but only because Benjamin morphs into Randy Moss circa 2007 when Manziel plays, and thus has a strong financial interest in Manziel being Cleveland’s starter. Alas, even after Manziel nabbed the first victory of his career in a Week 2 romp over the Titans, the Browns reinstalled Josh McCown as the starting quarterback for Week 3. As noted Browns fan Robert Frost once observed: Nothing gold can stay.

Benjamin totaled six receptions for 204 yards and three touchdowns during Manziel’s brief, glorious reign atop the depth chart, to say nothing of his punt return touchdown, which was undoubtedly the product of JFF’s telekinetic guidance. Consequently, he’s been a hot waiver-wire pickup in recent weeks, and though he managed to sneak into the end zone again on Sunday versus the Raiders, he’ll cool off soon enough with McCown under center. Not necessarily because McCown is any worse than Manziel — he’s not — but because he lacks Manziel’s willingness to launch high-risk deep balls in Benjamin’s general vicinity.

This is what the Broncos cut Montee Ball for:

Has a near-consensus first-round fantasy pick ever flatlined this quickly (not counting injuries)? If so, there can’t be many of them. That it was ever considered wise to draft Anderson early is as good an argument as you’re going to find against the fantasy sports industrial complex. Thank god I didn’t write any fantasy articles this preseason, because I would have surely touted Anderson’s potential for greatness in Gary Kubiak’s zone-blocking offense. Ugh.

If your league happened to draft before Tom Brady’s four-game suspension was nullified, I’d venture to guess that whoever picked him is currently sitting in first place (assuming that person didn’t also take Anderson in the first round!). Brady’s out for blood this season, and the 16-0 talk is already starting to build. Bill Belichick should contrive a scandal ending in –gate every offseason — it’s the surest way to guarantee a historically prolific ensuing year out of Brady.

Mariota may not be skilled enough to outduel the great John Paul Football, but we can say for certain that he’s capable of holding his own against Andrew Luck. Mariota is the seventh-ranked quarterback in ESPN.com standard leagues right now, and the Titans’ remaining schedule isn’t striking fear into anyone’s heart. The most encouraging part, though, is how little he’s done in the run game: Almost all of his 57 fantasy points have come through the air. As RG3 can attest, that’s a much more sustainable method for fantasy success.

“William” Karlos Williams is now owned in a whopping 74.4 percent of ESPN.com leagues — pretty good for someone who was merely regarded as a late-round flier before the season commenced. With LeSean McCoy expected to miss Sunday’s game against the Giants, you can count on Williams’s hot streak to continue for at least another week. And considering how impressive he’s been this year while averaging 7.8 yards per carry and scoring in every game so far, it’s hard to imagine Rex Ryan ceasing to give him carries when McCoy returns.

Would the Bills have traded Kiko Alonso for McCoy if they knew what an utter steal Williams would (seemingly) turn out to be? Maybe — but only because Alonso is more fragile than fine china. At the very least, it’s a hypothetical worth pondering.

At this point, Dunbar should probably be reclassified as a receiver, or at least obtain the RB/WR tag that Dexter McCluster gets. A nominal running back, Dunbar has carried the ball twice this season, yet still has managed to rack up 42 PPR league points through three games. He’s tallied 21 receptions for 215 yards, and though he’s yet to reach the end zone, it’s only a matter of time until he starts scoring on a semi-regular basis. On top of all that, he’s a VERY inspirational Twitter follow:

Don't be afraid to be different!!

Here’s how disappointing Johnson’s year has been: You have to scroll through two and a half pages of receivers before getting to him on ESPN.com’s points leaderboard. He’s scored a paltry three points this season, and given that he’s averaging fewer than three targets per game, it’s hard to muster any hope that he’ll suddenly improve. Headlines like this one — “Minnesota WR Charles Johnson could be set for a big season” — already seem laughably quaint. The sleeper market is a scam, sheeple.

This category isn’t lacking for qualified candidates — strong cases can be made for Jeremy Hill, Lamar Miller, and Luck, among others — but I’ve personally been snakebit by Adams, so we’re going with him. Having drafted Adams in multiple leagues following Jordy Nelson’s ACL tear, I can empathize with the plight of owners who expected truly big things out of him, only to see James Jones rejoin the Packers and immediately become Aaron Rodgers’s favorite target. Making matters worse, Adams is currently sporting “a futuristic-looking walking boot,” and I’m left to consider starting Danny freaking Amendola this weekend. We’re going to have to end this article now, lest I get tears all over my laptop.