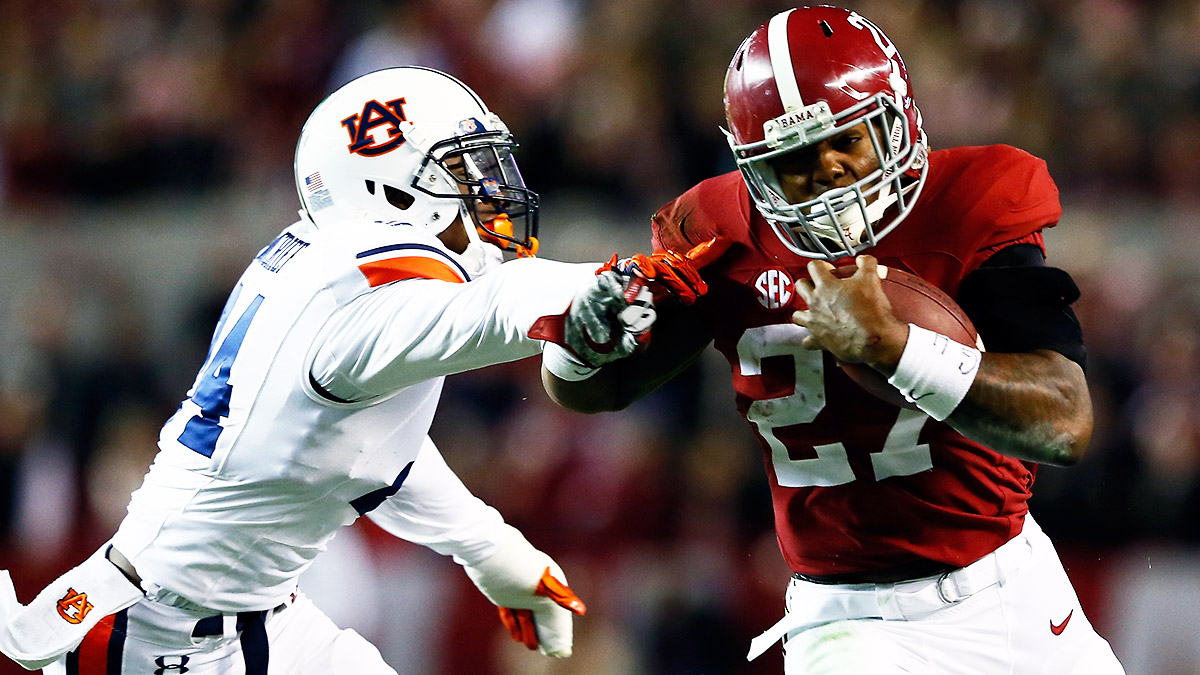 Perhaps the noblest cause of our time is the movement to eliminate fall weddings, which inevitably occur on Saturdays and thus prevent attendees from watching college football. While this righteous crusade has gained significant traction over the past few years, fall weddings nevertheless persist in modern culture, and unless you want to be a terrible friend/relative, you’re pretty much obligated to surrender a precious game day and RSVP “Yes” if you happen to be invited to one of these ghastly ceremonies.

So, how do we distinguish the worst fall wedding dates from the less-bad ones? With this handy guide, of course, which ranks each week of the regular season based on entertainment value. I hope it helps.

Week 6 begins on a strong note with Washington-USC on Thursday night (Sark vs. his old recruits!), but quickly descends into abject mediocrity. The Red River Shootout has been an absolute meh-fest in recent years, Michigan State and Rutgers are battling in prime time, and the best SEC matchup on the docket is probably Georgia-Tennessee, which would be great if this were 1998. Miami–Florida State ain’t what it used to be, either.

Do you own a dog? If so, this would be the perfect Saturday to take it for a long walk. If not, consider hitting up the grocery store or putting up some Halloween decorations — basically, do anything you can to avoid watching Illinois-Iowa.

The good news is that we get to watch Utah State on Friday night for the second week in a row. The bad news is that Saturday night’s main event is Ohio State–Rutgers. Keep your children away from this presumed massacre. 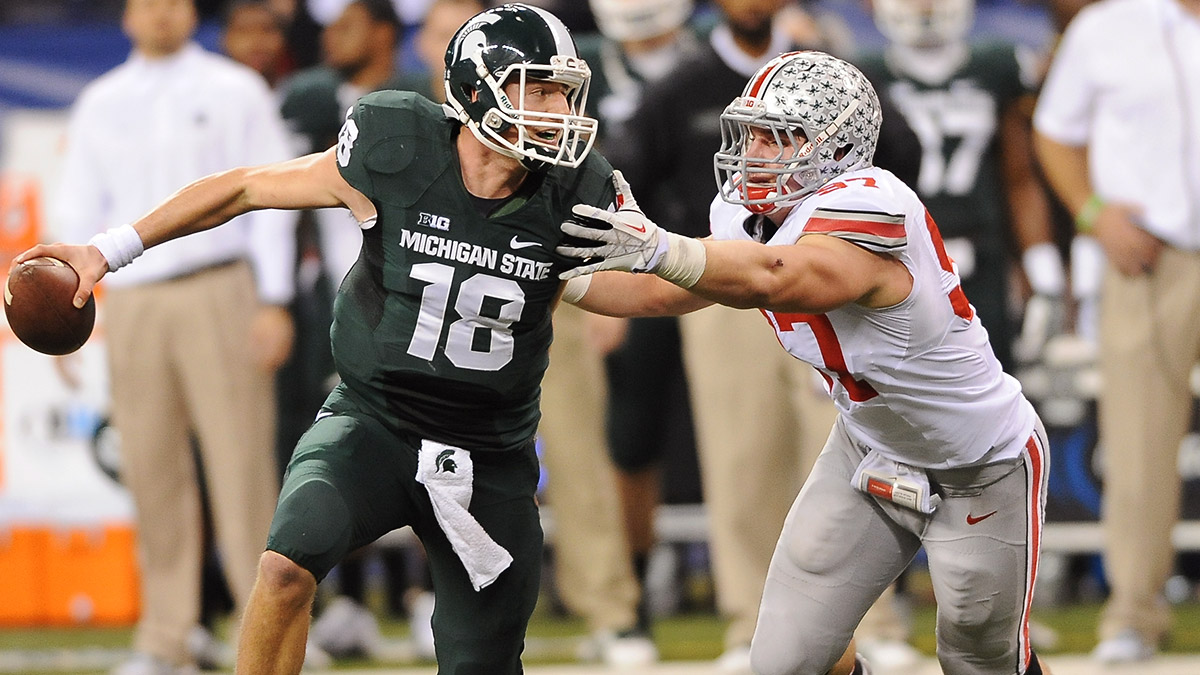 I can’t believe I’m saying this, but Week 12’s saving grace is — gasp — the Big Ten. Midwestern pride will be on the line in Michigan State–Ohio State, while Michigan–Penn State features as good of a coaching matchup as you’re going to get outside the SEC, and Purdue-Iowa is … well … [struggling to come up with a compliment] … smashmouth football at its finest!

Week 12 is also notable for being Alabama and Auburn’s annual pre–Iron Bowl cupcake fest. This year’s opponents: Charleston Southern for the Crimson Tide (LOL) and Idaho for the Tigers. The combined point spread will probably reach triple digits.

Oregon-Stanford may not be appointment television in the post-Mariota era, but Pac-12 North supremacy should still be at stake, meaning this contest deserves your full attention. Oklahoma-Baylor looks interesting now, but it won’t seem nearly as compelling after the Sooners inexplicably underperform in September and October. (After all, Stoops gonna Stoops.)

Most of all, Week 11 stands out for its troika of drama-laden SEC clashes: Alabama–Mississippi State, Georgia-Auburn, and Arkansas-LSU. Here’s hoping we see some on-field fisticuffs between Les Miles and Bret Bielema in that last one.

Here we have an otherwise lackluster slate of games redeemed by what should be an awesome nightcap, featuring Oklahoma-Tennessee at six, Oregon–Michigan State at eight, and LSU–Mississippi State at 9:15. However, unless you take a perverse joy in watching major conference powers annihilate directional cupcakes, just go golfing or something in the early afternoon. Trust me, your eyeballs will be much healthier for not having seen Jacksonville State–Auburn.

Compelling Pac-12 matchups abound in Week 4, with Stanford–Oregon State on Friday night and UCLA-Arizona, USC–Arizona State, and Utah-Oregon on Saturday. Meanwhile, if you share my irrational disdain for Kliff Kingsbury, TCU–Texas Tech should provide plenty of schadenfreude. The SEC slate is fairly weak, though, and practically every Big Ten school is facing a mid-major, so it might be wise to set your clocks to Pacific Time and focus only on the best coast. 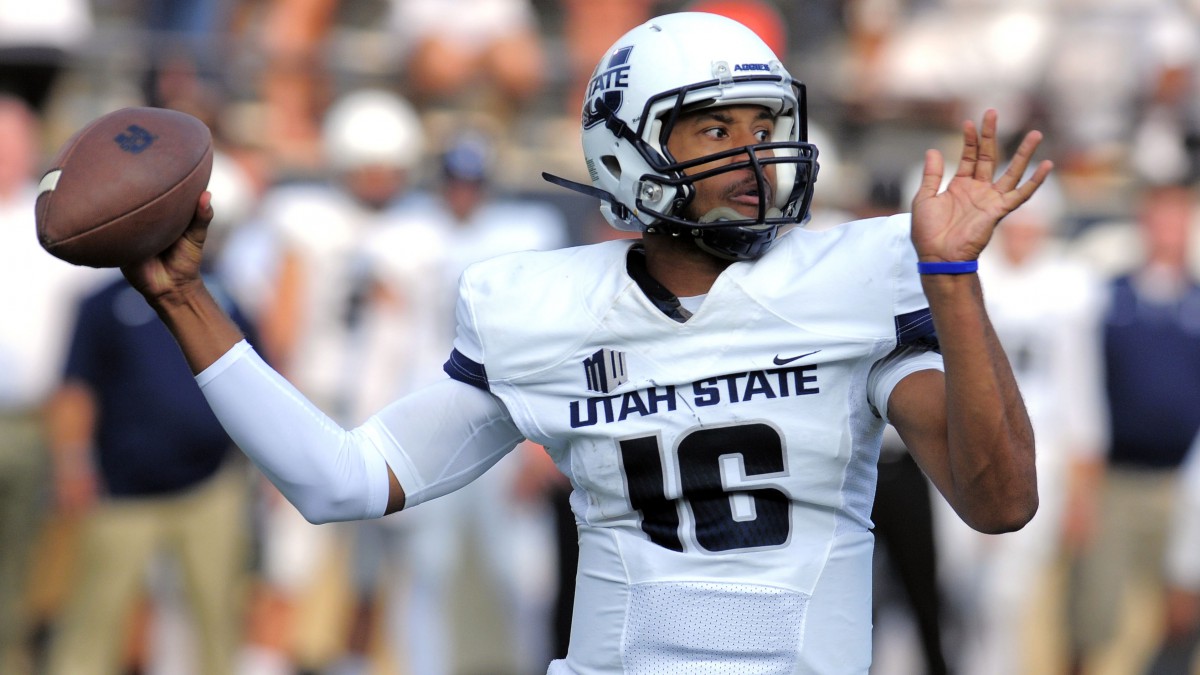 AP Photo/Eli Lucero Allow Chuckie Keeton to bring some joy to your Friday nights this season.

Back in my freshman year of college, the nadir of my social life came on the night of Friday, September 30, when I opted to stay in and watch Utah State play BYU rather than go out and party with my floormates. That said, I don’t regret my decision one iota (and not only because I may have had some money riding on the outcome): The game was fairly entertaining, and it exposed me to the gospel of Chuckie Keeton. And this year on Friday, October 16, you’ll have the opportunity to experience this spiritually enriching sensation, too, with Boise State traveling to the hallowed grounds of Romney Stadium to battle the Aggies — provided, of course, that Keeton hasn’t suffered another devastating injury by then.

Also, Week 7 is midseason rivalry week! Expect the inaugural edition of Dantonio v. Harbaugh to live up to the hype, and if USC–Notre Dame is anything like last year’s installment, it will include plenty of great irate Brian Kelly faces.

Week 3 has something for everyone: a strong Thursday-night offering that’s bound to get wild (Clemson-Louisville), two top-flight SEC matchups (Auburn-LSU, Ole Miss–Alabama), Sark After Dark (Stanford-USC), and an AARP member’s wet dream (Georgia Tech–Notre Dame, a.k.a. the Rudy game). All we’re missing is a decent noon game, which would have elevated this week to ELITE status.

MACtion season really gets going in Week 10, with delectable matchups on Tuesday, Wednesday, and Thursday. Meanwhile, Florida State–Clemson, Arizona-USC, and LSU-Alabama should combine to give us our best Saturday in weeks. Let’s hear it for Week 10!

I’m not being hyperbolic when I claim that Week 9 might feature the greatest Thursday night in college football history. We begin with North Carolina–Pitt at seven, followed by West Virginia–TCU and some top-flight MACtion at 7:30, followed by Oregon–Arizona State at 10:30. Suffice it to say that you’re going to have to DVR Scandal and watch it later.

Did I mention we get to watch Utah State on Friday night for the third consecutive week? Week 9 rules, although it is very front-loaded.

Week 5 boasts an ideal mix of interdivisional SEC clashes (Ole Miss–Florida, Alabama-Georgia, Arkansas-Tennessee) and Pac-12 goodness (Arizona-Stanford, Arizona State–UCLA), plus Notre Dame–Clemson, which should be a blast. And you won’t want to miss Big 12 heavyweight TCU take on plucky conference upstart Texas, either. 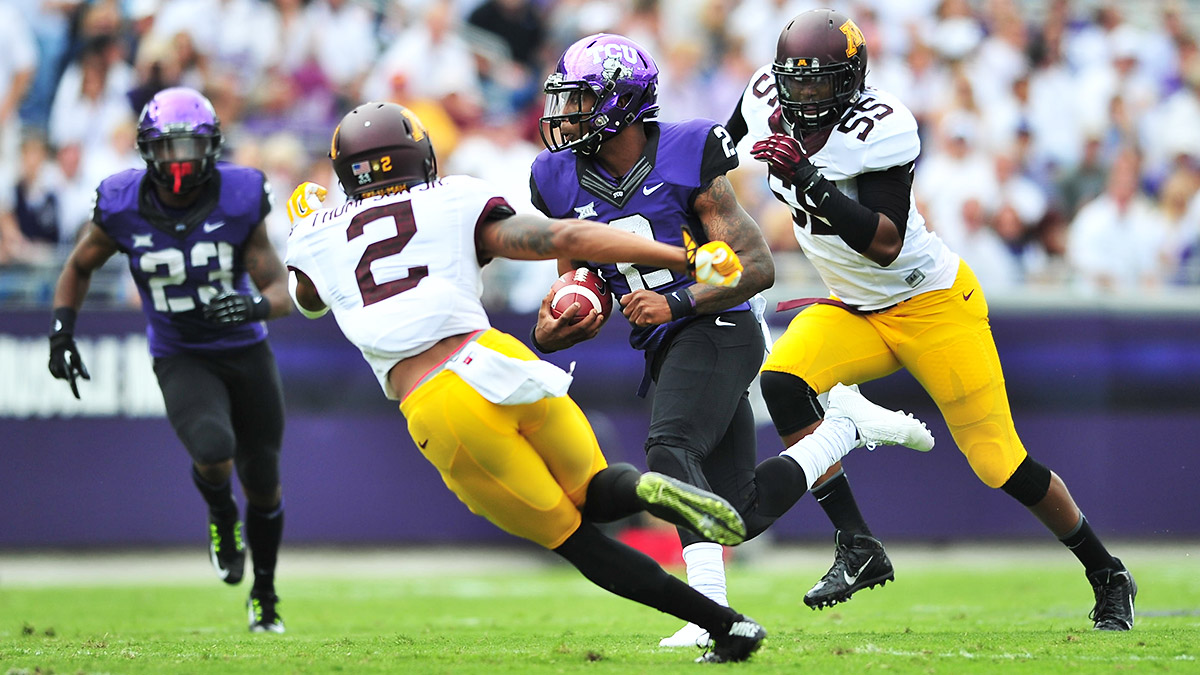 Cooper Neill/Getty Images TCU’s opening-week showdown with Minnesota is far from a gimme.

Can a brother get an opening-night matchup between ranked teams? Apparently not! While the Battle of the Carolinas is a decent 6 p.m. appetizer to Jim Harbaugh’s Michigan debut (at Utah), it loses points for taking place in the most sterile environment imaginable: Bank of America Stadium, home of the Carolina Panthers, and a far cry from the ambience of Columbia or, hell, even Chapel Hill. Elsewhere in Thursday night’s action, TCU-Minnesota should provide more than a modicum of first-half entertainment, but the rest of the slate leaves quite a bit to be desired. (May I interest you in Elon–Wake Forest? No? OK, what about Villanova-UConn? No again? Man, are you picky! Eat your dinner, child!) At least we’ve got the Chris Petersen Bowl on Friday night.

Saturday starts off similarly dreary, but the action should pick up in the evening with Arizona State–Texas A&M at seven and Texas–Notre Dame at 7:30, followed by the much-anticipated Wisconsin-Alabama showdown at eight, which is also when new Oregon quarterback Vernon Adams will face off against his former school, Eastern Washington. Finally, be sure to tune in to Ohio State–Virginia Tech on Monday night to see the winner of the Buckeyes’ top-secret quarterback competition attempt to avenge the Hokies’ 2014 beatdown of the Buckeyes. (Alas, this game will be Bosa-free.)

Of course, Week 1 isn’t really about the quality of the matchups at hand — it’s about appreciating the glorious fact that college football is back in our lives. The games themselves are kind of beside the point, which makes it virtually impossible for Week 1 to ever register as a disappointment.

Rivalry week. Need I say more? Meyer-Harbaugh I should be a doozy, Alabama and Auburn will undoubtedly be well-rested for the Iron Bowl (see Week 12), and the Battle of L.A. is shaping up to be the best it’s been in years — to say nothing of the Egg Bowl or Notre Dame–Stanford. Frankly, it feels too easy to put Week 13 in the no. 1 spot, but what other choice is there?

The Ballad of Dez and Tony: Visualizing the Cowboys’ Lethal Quarterback-Receiver Combo