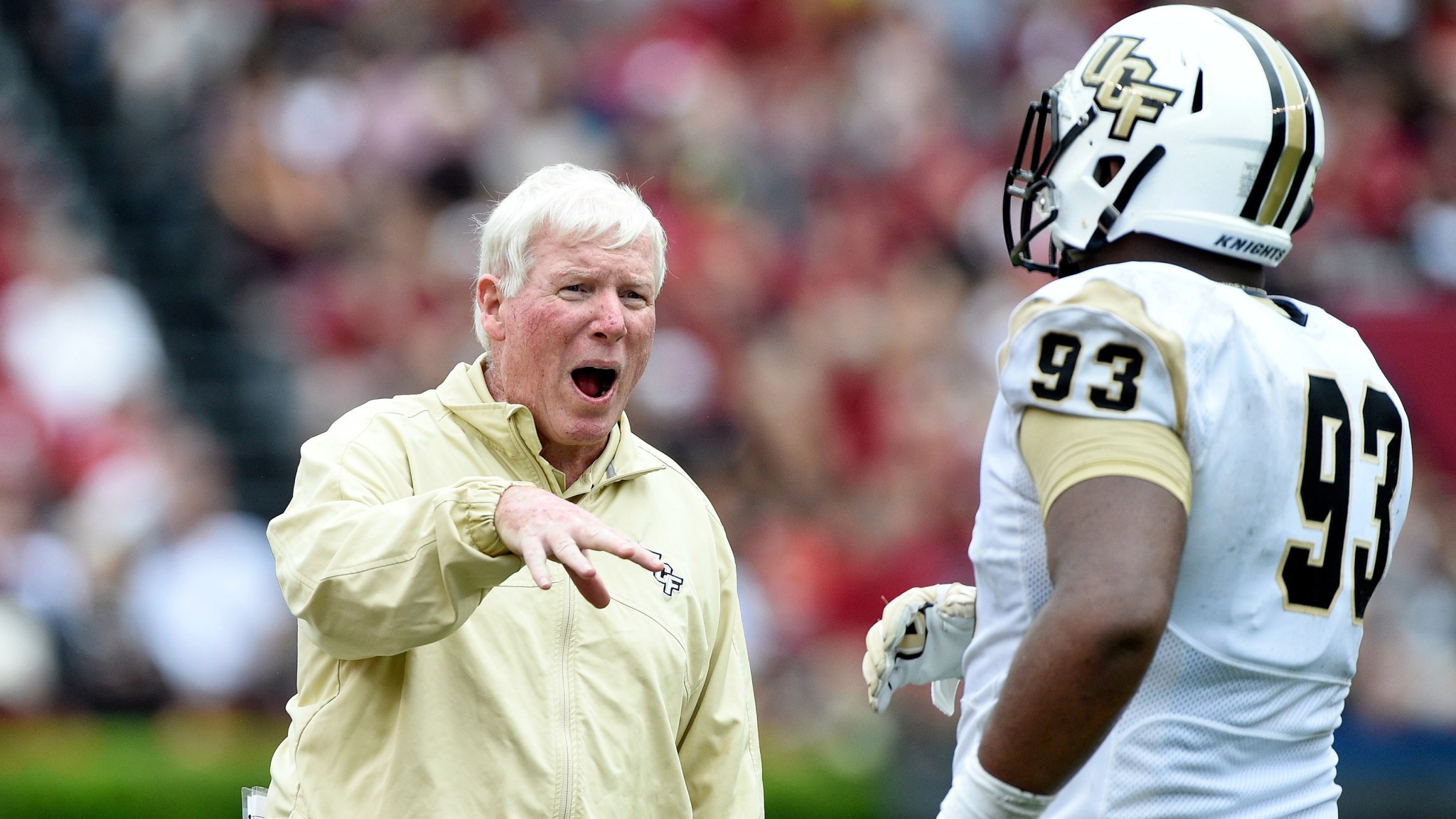 One of my favorite features of Phil Steele’s obsessive-compulsive college football preview magazine is that it includes and ranks the enrollment figures for every FBS school in America, both as a whole and by conference. I’m not sure why Steele feels the need to include this information (maybe there are a small percentage of stathead geek high school seniors who utilize this publication in lieu of the U.S. News & World Report rankings) but I’m glad he does, because it leads to a parlor game I like to play called, Guess the Size of That Student Body. And this is how I first found out that the University of Central Florida is one of the largest colleges in America.

I bring this up because I’ve been thinking a lot about the hierarchy of college football in Florida lately, given that the Gators appear to be on the upswing1 after Muschamping their way through an era of rampant mediocrity, and given that Miami is mired in a battle over its own inescapable history, and given that Florida State has inadvertently usurped the Hurricanes’ status as college football’s go-to ethical quandary. Florida is obviously one of the three richest football states — in terms of talent — in the country; there are seven FBS programs in Florida, four of which (Central Florida, South Florida, Florida International, and Florida Atlantic) have emerged on the scene since 1996, when the Knights made the leap to the big time.

That number doesn’t seem excessive, given that Texas has 12 FBS programs and California has seven. It also makes sense because Florida’s population is booming, and because football recruits tend to flourish within the state’s borders like rental-car counters and theme parks and dubious achievements. I presumed, when those four schools made the leap, that at least one would become a consistent national power (and potentially make another leap, to a top-tier conference) within a decade. And recently, that seemed to be on the verge of happening: In 2013, UCF went 12-1 and beat Baylor in the Fiesta Bowl with coach George O’Leary on the sideline and eventual top-five draft pick Blake Bortles at quarterback. But after last weekend, that feels like a long time ago.

In case you missed it, here’s what happened last Saturday: UCF lost a home game to Connecticut by a score of 40-13. The Knights are 0-6 this year after three straight seasons of at least nine wins; O’Leary resigned this week as the school’s interim athletic director, and he may not be the coach much longer either, following the ignominy of losing to a team so desperate to make itself interesting that its coach literally attempted to manufacture a rivalry by dolling up a secondhand bowling trophy that appears to have been acquired from Dan’s Awards & Engraving in Willimantic. It’s reasonable to believe that UCF will go winless this year, which would not merely bankrupt a local pub — it would prove to be about as shocking a fall as anything else that’s happened in the sport in recent years.

How many times, after all, has Central Florida been referred to as a sleeping giant? How many times did we just presume that a school with an enormous commitment to athletics and a competent head coach, located in the beating heart of America’s weirdest and most prolific football state, would eventually pull itself up by its bootstraps?

But the really odd thing is that it’s not just Central Florida: None of the state’s newborn programs seem to be on the ascent. Altogether, UCF (134th in this week’s Sagarin ratings), Florida Atlantic (141st), Florida International (116th), and South Florida (87th) share a record of 6-16. In Texas, the balance of power has been completely altered by coaches with innovative approaches and by the increased recruiting prowess of programs like TCU and Baylor; in Florida, the status quo has largely held. Before Jim McElwain arrived at UF, the state was essentially down to one elite college team, which was an unthinkable proposition a decade ago.

Some of this is a result of bad karma and questionable decision-making. At South Florida, Jim Leavitt’s ignominious exit sent into a tailspin a program that seemed on the verge of eclipsing Miami; at Florida International, the premature firing of Mario Cristobal set an ugly precedent (and led to the hiring of a man who had a winning record three times in his previous nine seasons as a head coach); and at Florida Atlantic, the Owls replaced program founder Howard Schnellenberger with a controversial Pelini brother. But I imagine some of it is also due to the overarching presence of the Southeastern Conference, whose schools have the ability to dip into Florida to recruit seemingly at will; I imagine some of it is because the state of Florida is an alluring recruiting target for every college football program located east of the Mississippi. All of which makes it more difficult for a program like Central Florida, positioned in the purgatorial middle ground of the American Athletic Conference, to set itself apart.

It would be premature to write off Central Florida completely, but it seems clear the program will have to be re-branded whenever O’Leary chooses to depart. And when that does happen, I have no doubt the pundits will refer to the UCF job as one of the most enticing in the country; I imagine they’ll refer to UCF’s geographical position and its resources and perhaps even its massive enrollment as signs that this program can still live up to its glimmering promise. But maybe doing so is more difficult than we realize. Maybe this is another example of the state of Florida purposefully defying common sense.