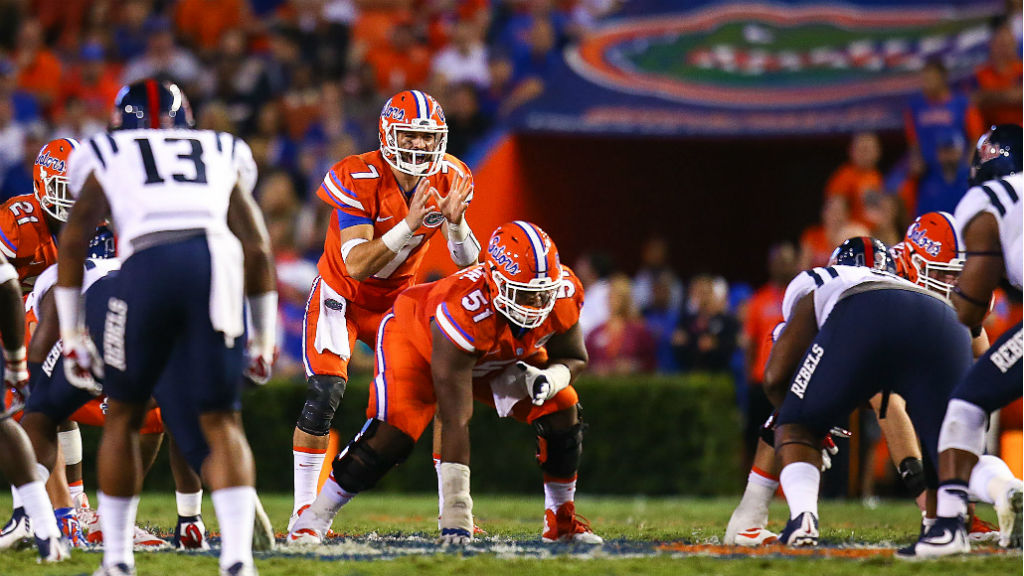 Quarterbacks: There are a lot of them! Throughout the season, QB Curve will serve as a semiregular update to keep you up to speed on the game’s most important position.

Hang around long enough and you’ll start to feel like you’ve seen every manner of injury, suspension, and exile in the book. But there’s no relevant precedent for the verdict handed down Monday against Florida quarterback Will Grier. He became the most high-profile college player in memory to be suspended for an alleged use of PEDs.

Under NCAA rules, a positive test for banned substances carries an automatic one-year suspension, which will cost Grier not only the rest of this season — which is shaping up to be a surprisingly meaningful one for the 6-0 Gators — but also the first six games of next season. Florida will appeal the ruling on the grounds that Grier unwittingly took a verboten over-the-counter supplement without running it by the medical staff; given that NCAA guidelines specifically instruct athletes to have all supplements checked out in advance, its chances of success are not good. As it stands, the Florida offense will be in the hands of sophomore Treon Harris for the foreseeable future.

The timing of the suspension couldn’t have been worse. With only five career starts under his belt, it’s too early to call Grier a star, but he was well on his way after staging a dramatic comeback to beat Tennessee and emerging as a flu-ridden revelation against Ole Miss. His performance against the Rebels (24-of-29, 271 yards, four touchdowns, zero turnovers) was arguably the most encouraging outing by a Florida quarterback in the post-Tebow era, giving fans their first glimpse in years of an offense capable of pulling its own weight opposite the blue-chip defense. The Gators rocketed from no. 25 to no. 11 in the AP poll on the heels of the Ole Miss win, and currently reside at no. 8, due in no small part to that newfound promise behind center.

Harris is no scrub, having started six games last year as a true freshman as well as this year’s season opener against New Mexico State. He’s a more dynamic athlete than Grier in the zone-read game. But his potential as a passer is nowhere near Grier’s, and without a viable downfield threat, this weekend’s trip to LSU will likely hinge entirely on a heroic effort from the defense against Leonard Fournette. The Gators are still overwhelming favorites to win the SEC East, if only by default: Georgia, Missouri, and Tennessee all have two conference losses already, and South Carolina (0-4) is such a nonentity that Steve Spurrier saw no reason to endure the rest of the season before hanging up the visor. But Grier gave them at least a glimmer of hope for an outright SEC championship and a playoff bid, both of which now seem like much more distant possibilities than they did Monday morning. 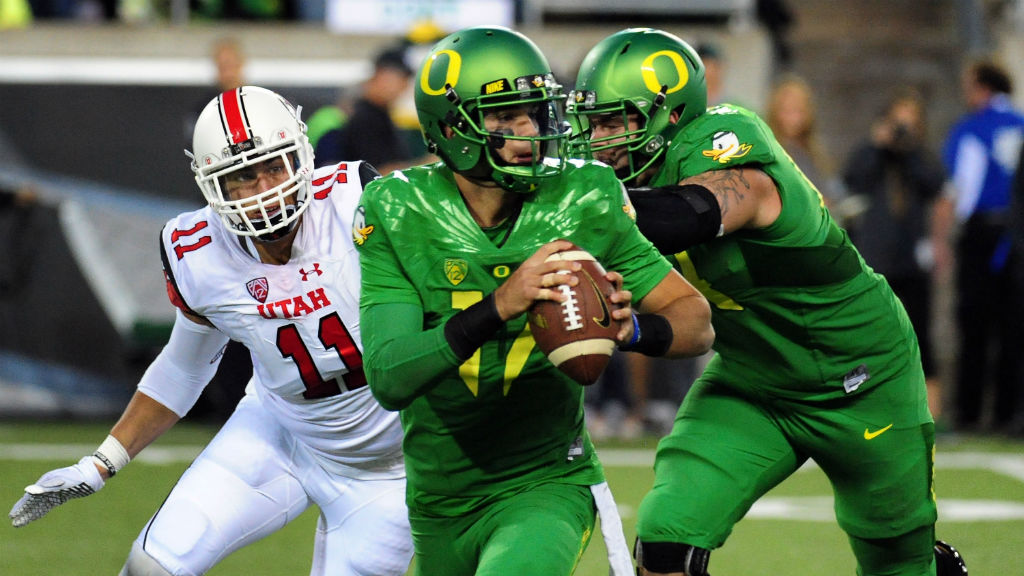 As the Ducks have steadily unraveled, one question has loomed: How did an elite, well-heeled program that’s become synonymous with prolific offense somehow fail to develop a viable successor to Marcus Mariota? And why weren’t we asking this question sooner?

In retrospect, it seems obvious that the gamble on an FCS transfer to fill the post-Mariota void was a risky one, and the fact that the offseason pursuit of Eastern Washington’s Vernon Adams didn’t raise more flags at the time is a testament to the machine-like nature of Oregon’s past success with guys like Jeremiah Masoli and Darron Thomas. I assumed Adams would be fine. He has not been fine: Adams struggled with a broken finger in the Ducks’ early loss at Michigan State, where he threw two interceptions, and didn’t even make it to halftime of the 62-20 debacle against Utah before being consigned to the bench; he hasn’t played in either of the past two games against Colorado and Washington State, and still isn’t at 100 percent health ahead of this weekend’s trip to Washington. The top holdover from 2014, junior Jeff Lockie, has done absolutely nothing in the meantime to solidify his grip on the position.

This isn’t just an Oregon problem. Since 2009, Florida, Auburn, Baylor, and Texas A&M have all struggled in the seasons immediately following the departure of a Heisman-winning quarterback. In Oregon’s case, the question comes down to recruiting. In 2012, the Ducks signed two incoming quarterbacks, four-star Jake Rodrigues and Lockie, a three-star prospect who ranked near the bottom of the class. The 2013 class didn’t include a quarterback of any caliber; the 2014 class included one, four-star Morgan Mahalak.

If anyone in that group was recruited to be the heir apparent to Mariota, it was Rodrigues, but he transferred last year and is currently riding the bench at San Diego State. Mahalak was highly regarded but remains so far behind the curve in his second season that he’s apparently not a candidate to see the field, even as Adams, Lockie, and third-string walk-on Taylor Alie struggle. And the only quarterback in the 2015 class, four-star Travis Jonsen, is out for the year.

The best-case scenario for the second half of the season involves Adams returning to full health and establishing himself as the limited but ultimately productive dual-threat option the Ducks were hoping would take them to a bowl game. (At this point, any bowl game will have to suffice.) Adams is a fifth-year senior, and once he’s gone, the remaining cast in 2016 will be the same one that has failed to pick up the slack in 2015. Coach Mark Helfrich will face the same temptation to pursue a quick fix, but the next great (or even very good) Oregon QB will emerge the traditional way, and it’s likely that he’s not yet on campus.

It took six weeks, but if last weekend’s 49-28 win over Maryland is any indication, Urban Meyer may have found a way to navigate the delicate pas de deux between Cardale Jones and J.T. Barrett. Despite his frequent struggles over the first month of the season, Jones remains firmly entrenched as QB1, and he delivered his best game to date against the Terps in terms of completion percentage (75.0), passing yards (291), yards per pass (10.4), and overall pass efficiency (185.9). But the offense also seemed to respond to Barrett’s new role as a red zone closer: The Buckeyes scored touchdowns on all six trips inside the UMD 20-yard line, including three TD runs by Barrett himself, after managing a single touchdown in nine red zone trips in their previous three games.

Of course, some of that success is attributable to the competition — Maryland had already decided to fire its head coach before the game, and followed through on Sunday — and Meyer cautioned afterward that Barrett’s cameo role may not be permanent. But Meyer has pulled off exactly this sort of division of labor before, at Florida, where he won a national championship in 2006 with Chris Leak as his full-time starter and then-freshman Tim Tebow coming off the bench to barrel his way across the line in short yardage. This time, the roles seem almost reversed; Jones is the more bullish, Tebow-like runner in tight quarters, and Barrett is the smaller, more nimble tactician. Meyer’s current solution solves the problem of how to keep Barrett involved without undermining Jones’s status as the every-down captain, and for an outfit that had been struggling with its offensive identity, the initial results speak for themselves.

In August, I urged caution before getting too carried away with UCLA’s touted freshman quarterback, Josh Rosen, only to get a little carried away myself with Rosen’s near-flawless debut against Virginia a few weeks later. I wasn’t the only one: Rosen’s odds of winning the Heisman after that game surged to 14-1, making him one of the top 10 candidates based on an ocean of recruiting hype and a single data point to back it up.

Rosen has regressed toward the mean over the subsequent five games, most obviously in a 24-23 win over BYU in which he completed just 11 of 23 passes with three interceptions. In the Bruins’ past two games, he’s continued to look alternately brilliant (posting a 176.6 efficiency rating in a 56-30 win at Arizona) and pedestrian (turning in a mediocre 125.3 rating in a 38-23 loss to Arizona State). He ranks seventh in pass efficiency out of a dozen Pac-12 starters. Not bad for a freshman — but proof that he is, after all, still only a freshman. 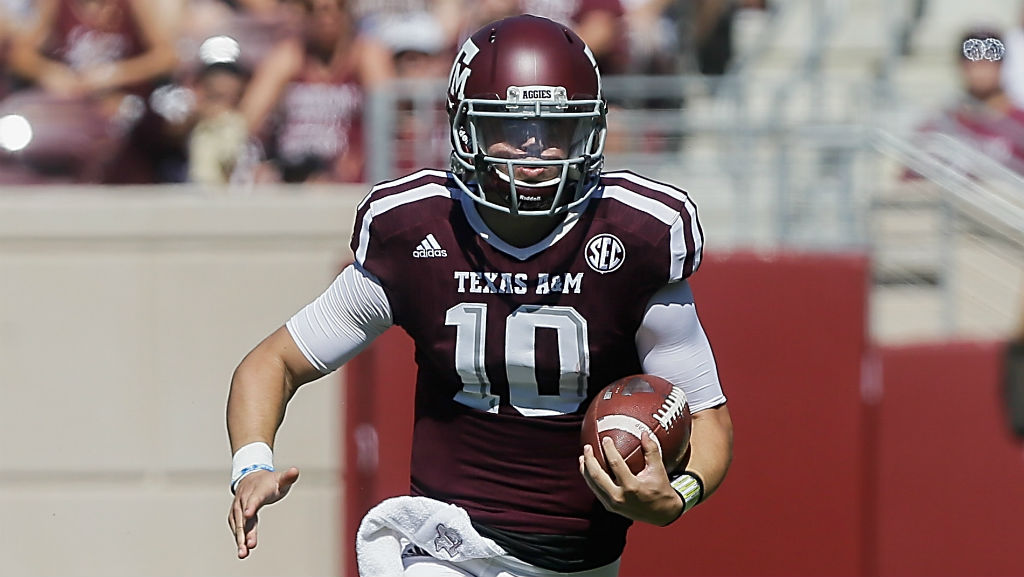 Bob Levey/Getty Images Kyle Allen runs with the ball against Nevada on September 19.