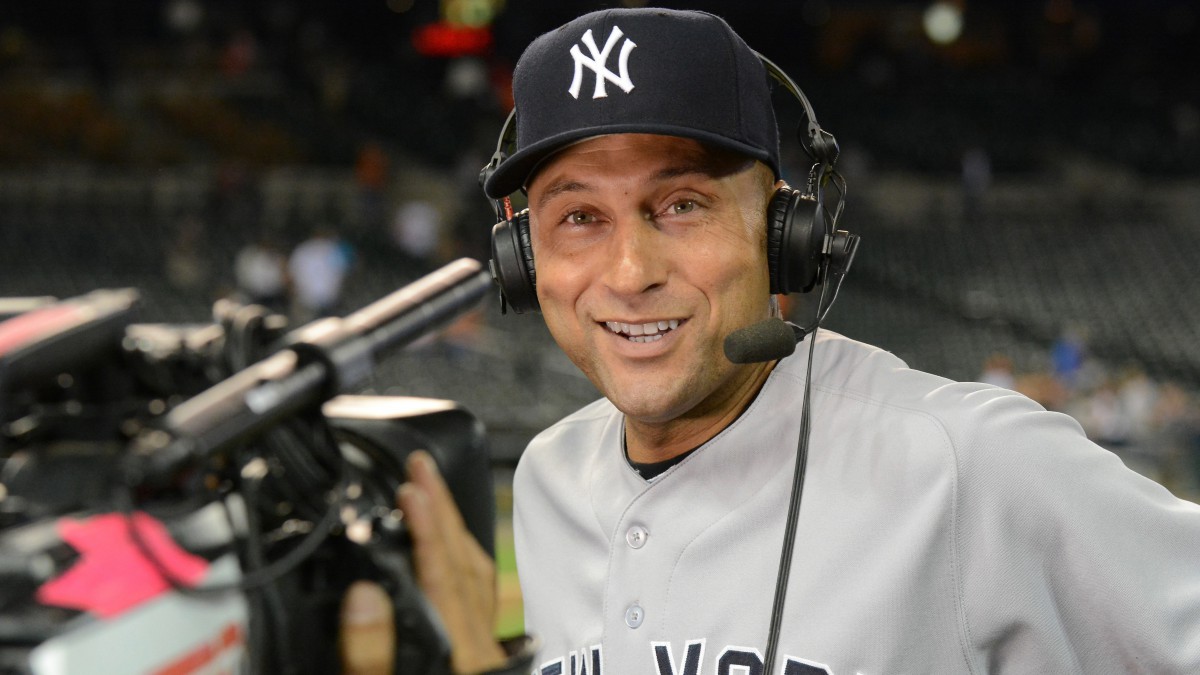 Given my track record, I am in no position to wax sententious about any journalism start-up. Since 1978, I have worked full-time for five publications. Two of them do not exist anymore. Most relevant to this column is a newspaper start-up to which I pledged my services in 1989. We blew through $150 million in about 18 months, which was not what the person whose $150 million it was had in mind. So, if Derek Jeter wants to start up an athlete webzine and use it to cut out the middleman in the delivery of sporting banalities, who am I to ridicule the notion?

Not that I won’t, mind you.

In case you missed it, Jeter has launched something called The Players’ Tribune, a website where celebrity athletes — or someone in their employ — get to communicate with their primary audience without having to go through the scrimy reprobates of the establishment press corps. (The site even has a subtitle: “The Voice of the Game.” And while Vin Scully is still alive, too.) This, of course, is not the first time anyone has thought of this. They’ve been doing it for a while on the political side of things: ghostwritten editorials and books, the lamentably departed George magazine, the lamentably still extant Politico, and, of course, Fox News and MSNBC. In sports, we’ve had the ghosted biographies and autobiographies — Charles Barkley once famously insisted he’d been misquoted in his autobiography — and decades ago, newspapers would “hire” a ballplayer to “write” columns during the World Series. (Generally, this would involve a writer for the paper sitting down, engaging in a conventional interview, and then putting the answers into prose as best he could. The columns generally made you yearn for a tanker full of sodium pentothal.) Magazines like Sport also used to present “My Story” or “My Comeback” by whatever athlete happened to have had either a bout with the bottle or a broken leg, or both at the same time, which was not that unusual back in the day. And Jeter’s project is the natural outgrowth of the way the sports-entertainment complex has learned to sell itself. Leagues have their own networks and their own web presences. Individual athletes have thrown themselves onto social media with the alacrity of the average middle schooler on his 14th Mountain Dew.

So, there are precedents for what he’s up to here.

But he’s gone one better. TPT — pronounced “Tippett,” like former New England linebacker Andre — has gone to great lengths to convince the world that its ghosts do not exist. After all, it wouldn’t do for The Voice of the Game to turn out to be a ventriloquist act. What would we tell the children?

For example, Russell Wilson is TPT’s senior editor. I’ve known a lot of senior editors in my time. None of them had Russell Wilson’s résumé. Now, I certainly am not going to gainsay the senior editorship of one of the NFL’s best quarterbacks. In fact, many’s the time that, while trying to keep my prose from being euthanized by the copy desk,1 I’d wished that a quarterback of a senior editor had my back. Conversely, if Russell Wilson tells me this week’s column will be written in Swedish, my ass is on the way to buy a Rosetta Stone and, by deadline, I will guarantee that I will be morose enough to make Ingmar Bergman look like Judd Apatow.

There is also something called The Chirp. This is a collection of what athletes have posted recently in the various forms of social media. Quite honestly, this feature needs a little work. This will come as something of a shock to the messianic Internet types among us, but not everything on the web is necessarily interesting. On Sunday, there was a whole exaltation of tweets — from Skip Bayless to LeBron James to Tristan Thompson — gathered together on the subject of Johnny Manziel’s performance against the Buffalo Bills. Breaking news!

But in these clickbaiting days, what any fledgling publication really needs most is one good controversy to light up the more obscure regions of the blogosphere. TPT had its breakthrough only recently, and it was a whopper. It involved Tiger Woods and his sense of humor, which I believe was on loan from the Petrified Forest at the time. 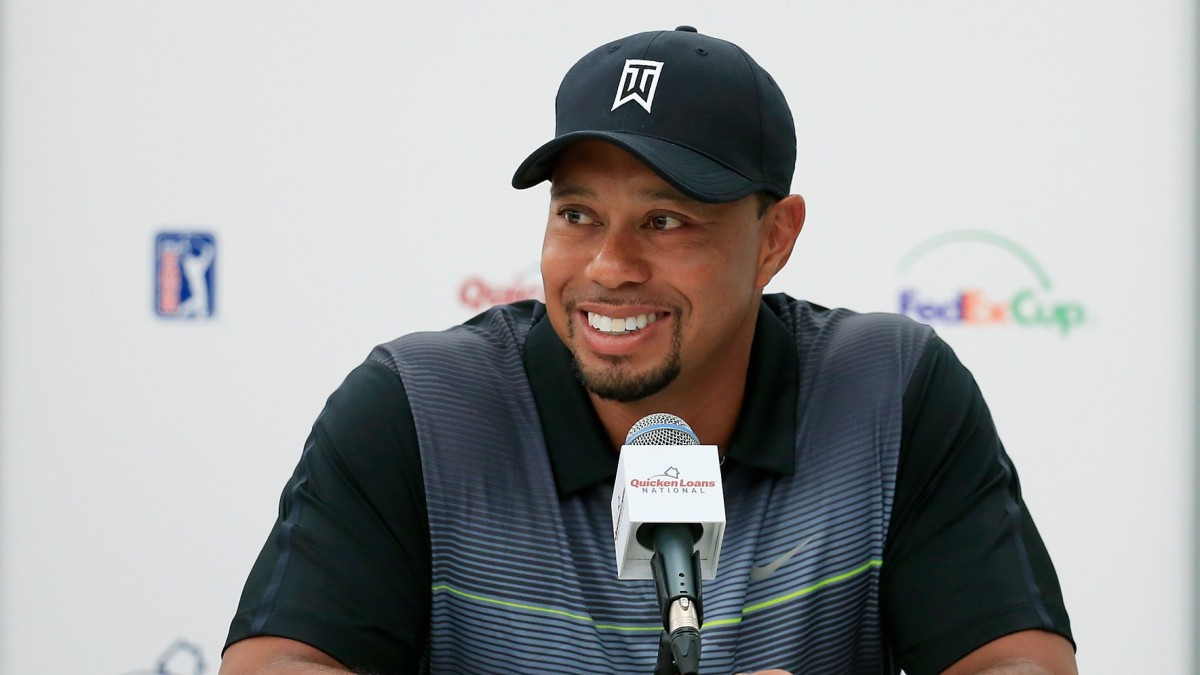 There was no more important sportswriter in the last century than Dan Jenkins. There were a few that were his equals, and many of them also wrote for Sports Illustrated when it was being run by the legendary Andre Laguerre, but there was nobody in the field who was more important. Now in his eighties, Jenkins has discovered a new niche in which he can dominate; he is a tweeting machine. His Twitter feed, especially during golf’s major tournaments, and despite his curious fascination with Sergio Garcia’s nipples, is like watching a master paint in real time. In fact, if Jenkins were the only person in the world who used Twitter, I’d sleep a happier man.

Anyway, Jenkins also writes for Golf Digest. Recently, he concocted a mock interview with Tiger Woods. It was not particularly flattering, which should surprise approximately nobody. Jenkins has long been fed up with Woods and his entourage, and with how the entire sport treated him like the pope on parade. His scorn was palpable from the start and has only grown more so as Woods’s life and career went completely insane. So, as a means of demonstrating Woods’s ongoing and lordly disdain for ordinary mortals, Jenkins put together an imaginary interview.

Dan: “Marko [O’Meara] was your best friend in golf at one time.”

OK, it’s not Wodehouse, nor even Semi-Tough, but it’s not bad. And it is clearly fictional, and it was labeled as such on the cover of the magazine. This was what the headline said: My (Fake) Interview With Tiger.* *Or how it plays out in my mind. It seems fairly clear to me — and to most sentient creatures — that there was a certain lack of authenticity to the interview. Nonetheless, Woods took to the pages of TPT and went completely up the wall.

Did you read Dan Jenkins’ interview with me in the latest Golf Digest? I hope not. Because it wasn’t me. It was some jerk he created to pretend he was talking to me.

No kidding? You didn’t really say that Sergio wins “Low Crybaby” at every tournament? That’s a shame, because that’s really funny.

That’s right, Jenkins faked an interview, which fails as parody …

… and is really more like a grudge-fueled piece of character assassination. Journalistically and ethically, can you sink any lower?

Well, I do have this fellow named Glass over here that I’d like you to meet.

I like to think I have a good sense of humor …

That makes one of you.

… and that I’m more than willing to laugh at myself.

That itself may be the funniest damn thing I’ve read all year.

Good-natured satire is one thing, but no fair-minded writer would put someone in the position of having to publicly deny that he mistreats his friends, takes pleasure in firing people, and stiffs on tips — and a lot of other slurs, too.

Anyway, it goes on like this for several more paragraphs, in which Woods seems to be auditioning for the role of Lieutenant Hauk in a remake of Good Morning, Vietnam. (“You’re not funny, sir. Ask around.”) The reader, assuming the reader is still conscious, is left with two options — either Woods is a more gifted parodist even than Jenkins is, or Woods has a stick up his ass the size of a sequoia. I know which way I’m betting.

Apparently, this is going to be a regular feature at The Players’ Tribune. Athletes are going to get a chance to “offer their side on something that has been written or said about them.” It is unfortunate that this opportunity has been denied them in a world in which a quarter of every remaining daily newspaper, a third of every remaining local nightly newscast, a couple of hundred cable networks, and God alone knows how many radio shows and websites are dedicated to what they do for a living. So we’re not off to a promising start. If you ask me, it’s time for senior editor Russell Wilson to whip these people into line. Lord knows, I’ve met a lot of editors who could use a good reaming from an elite quarterback in my day.

This article has been updated to reflect that Russell Wilson, not Richard Sherman, is a senior editor at The Players’ Tribune.