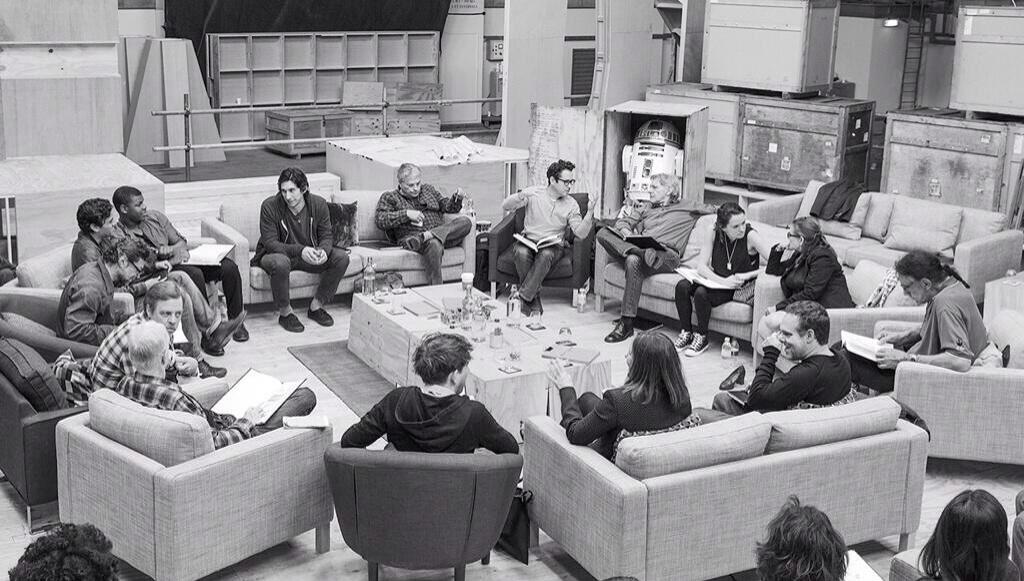 The Star Wars: Episode VII cast has finally landed on Earth after navigating more than a year of intergalactic rumor belts. The original cast is intact, newbies are on board, and a few of the reports even proved not to be total space garbage. The news came with a shiny black-and-white photo of a table read and a message from director J.J. Abrams: “It is both thrilling and surreal to watch the beloved original cast and these brilliant new performers come together to bring this world to life, once again. We start shooting in a couple of weeks, and everyone is doing their best to make the fans proud.” Who’s “everyone,” though? Let’s break it down.

Mark Hamill: Not-So-Young Skywalker, 62 as of this writing. First original Star Wars actor to publicly lobby for a full-on reunion in the new films, telling Entertainment Tonight in early 2013, “I want to make sure that everybody’s on board here, rather than just one.”

Oscar Isaac: Musically gifted star of Inside Llewyn Davis. Credits include Drive, Robin Hood, The Bourne Legacy. Rumored to have “a major role”; no further info available. Request: Someone superimpose a lightsaber into Llewyn’s guitar scenes. Anything to kill time between now and December 18, 2015.

Daisy Ridley sitting inbetween Ford and Fisher? She must be their daughter #StarWarsEpisodeVII

John Boyega: 22-year-old Brit; stole Joe Cornish’s 2011 indie sci-fi flick Attack the Block at age 18. Name started floating around in March, when reports hit that Disney was looking for “someone of a different ethnicity from the previous Caucasian leads.” Will appear in 24: Live Another Day.

Max von Sydow: 85-year-old Swede. Cut teeth in 1957’s The Seventh Seal and 10 subsequent Ingmar Bergman projects. Played Jesus Christ in The Greatest Story Ever Told, Bond villain Blofeld in Never Say Never Again, and Father Merrin in The Exorcist. Recent appearances include Shutter Island, Robin Hood, and Extremely Loud & Incredibly Close, for which he earned his second Oscar nom. Role of ancient-looking gentleman has typically been reserved for Chancellor/Emperor Palpatine in the Star Wars universe, so maybe he’s a crusty Sith Lord who’s been lying in wait. Distant relative of Palpatine’s or something. Darth Cousin.

Andy Serkis: Motion-capture wizard who broke through as Gollum in Peter Jackson’s Lord of the Rings. Went on to do mo-cap for King Kong and the new Planet of the Apes flicks; subsequently scored a gig as second unit director on The Hobbit trilogy. No idea if he’ll act as a real-life presence or a CGI beastie, but voting Watto’s grandson if the latter.

Kenny Baker: R2-D2. Also English. 3-foot-8, 79 years old. Actually hangs out inside the R2-D2 structure. Probably gets hot in there.