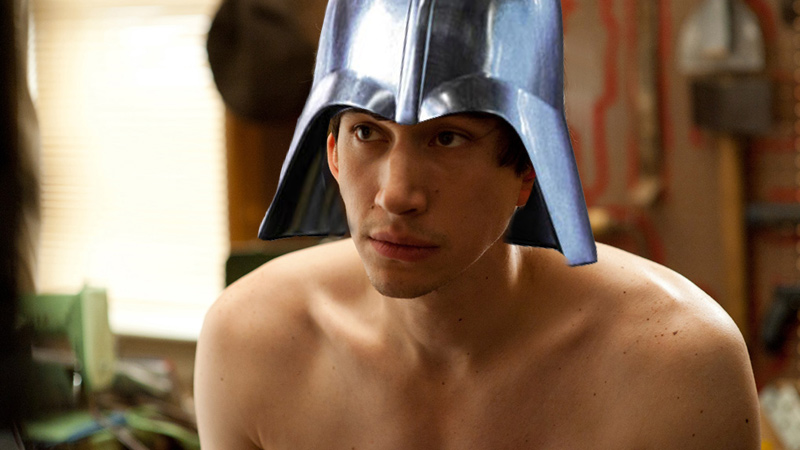 When the trades jinx each other, it’s pretty safe to assume they’re onto something. This afternoon both Variety and The Hollywood Reporter reported the same story from an unnamed source that Adam Driver — he of Girls and Frances Ha and Inside Llewyn Davis and a few movies that don’t involve struggling young creatives in New York — is in the final stages of signing on to play a major role in Star Wars: Episode VII. Driver had been just one in the galaxy of names batted around in casting rumors, but this seems pretty for-real. He is said to be taking the main bad-guy role, which Variety reports is “in the vein of iconic Star Wars villain Darth Vader.”

The strange silence that has just swept over the geekosphere is everyone closing their eyes and concentrating very hard and trying to imagine Driver Force-choking someone in a foreboding low-angle shot. I’m sorry, but it’s really hard! Driver spent several years as a stage actor prior to his big break on Girls, but his film career has mostly been relegated to socially obtuse, idiosyncratic Brooklyn dwellers, roles that put his great, off-kilter sense of timing to use. Yes, he has a striking visage, or if you prefer (and as Lena Dunham’s Hannah Horvath said herself in the most recent episode of Girls): He is very funny looking. He’s the kind of actor who can suffer even more from several years as a distinctive character like Adam Sackler; it’s hard to forget that face, or what that face did to Shiri Appleby’s face. But perhaps soon it will be even harder to imagine him out of his Sith robes.

Variety’s source claims the negotiations have taken longer than normal because of the potential for scheduling conflicts between Girls and Episodes VIII and IX. Is it weird that I feel like, if forced to choose, he should stick with Girls? He won’t, of course — who would turn down Star Wars, or a Star Wars–size paycheck? But as many problems as I may have with the show, he’s doing great work on it right now and is one of the few real emotional anchors on it. He recently told i-D that he almost turned down Girls because he “thought TV was evil.” Clearly he hadn’t yet been faced with the lure of the dark side.

TV Land’s 'Kirstie': A Sitcom You Never Watched Made Up of Other Sitcoms You Did