Songs of the Week: The Difference Between New York and L.A. Is … 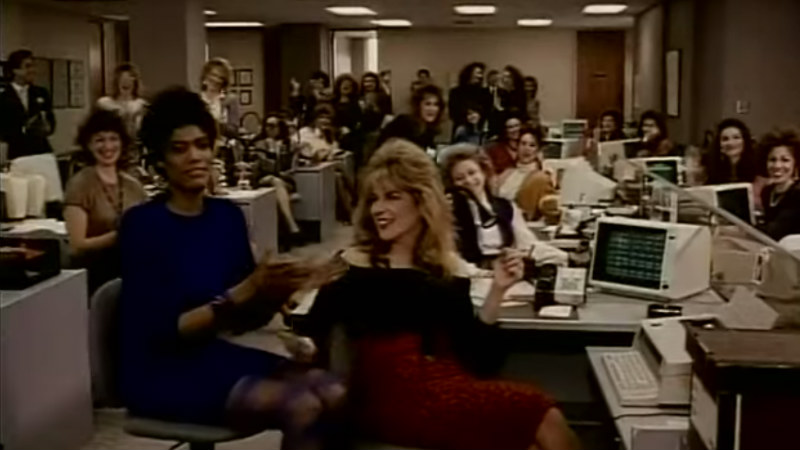 Hey, everyone! It’s my last day at Grantland! It’s my last month in Los Angeles! This is some music I’ve been playing to deal with it all.

This week’s songs are setting out to accomplish an awful lot: They have to make you excited about life in New York City1 while maintaining an eternal affection for Los Angeles, and serve as a just and fitting end to my run at the best place I have ever been lucky enough to write and work for. I’ve been probably overthinking the overall strategy and sequence of this list for days, but in the end, I let my heart guide me. Hopefully, my message of gratitude and enthusiasm and terrible sadness comes across in an emotionally striking way.

That settles it. I was gonna fly straight into New York City when I moved, but now I’m taking a goddamn ferry, even if I have to go through the Panama Canal.

Last year, the day the last Vampire Weekend album came out, I was on day two of a five-day juice cleanse and my boyfriend at the time was in New York, and I found myself in the parking lot of the natural foods store listening to “Step” on the stereo with some boxes of fennel and ginger tea in my lap, bawling on the phone about how I would never understand the East Coast and would always feel alienated on some level by anyone who called it home. This song is great, though.

’CAUSE DEATH BY ELECTROCUTION’S JUST LIKE LIFE IN NEW YORK, IN’IT?

Orchestral Manoeuvres in the Dark, “Souvenir”

This was and is “my song” with my best friend with whom I used to live in a crumbling apartment by the Hollywood Forever cemetery, and was in heavy rotation when I started my first blog while working for the U.S. Census by day and watching torrented episodes of Gossip Girl by night. This is one of a handful of songs for me that actually sounds as if you had melted down this entire sprawling, filthy city and laid it to a track.

I don’t agree with Dolly’s sentiment despite having plenty of struggle time in L.A., but there’s a certain kind of old-school Hollywood cynicism that gets flipped around and ends up unintentionally giving me the warm fuzzies, especially when I’m away from here. Dungeon of drama, city of skeeze, awwwww.

Long, long ago, I used to play this on my radio show at KXLU in the middle of the night when I was homesick for Iowa. It probably can be placed like a transparency over any kind of homesickness, though.

Speaking of homesickness (oh, let’s be real, this entire playlist is about premature homesickness), I don’t know if I’ll be able to listen to this song or watch this video when I no longer live in Los Angeles/am not chugging juice and doing trust falls with Claire and Jona every morning, without breaking down into holographic tears.

Man, I’m going to miss blasting this one at maximum volume while driving my car in Echo Park, which I have a feeling will always be more fun than on headphones in Times Square, all hate-walking aside.

I can’t believe that in all my time frequenting just about every reputable (and disreputable) karaoke bar in Los Angeles, I never realized my real and true dream of phonetically learning Faye Wong’s Cantonese version of “Dreams” from Chungking Express and singing it over the original. I’m told they have karaoke in New York, though, so there’s still hope.

My mom won the 1994 Crosby, Stills & Nash album After the Storm in some kind of contest I can’t remember the parameters of (might have been a radio thing), but we didn’t have a CD player, so her friend made a cassette dub of it that we listened to in the car. This song talks about memory and the very human need to synthesize the passage of time in a way that maybe shouldn’t actually be verbalized so directly, but it’s resonated with me since I was a kid. I was also very into Graceland at that time, and kind of imagined this song would be playing at the cinematographer’s party in “You Can Call Me Al.”

During the months while I was waiting to find out if I would get to work at Grantland, I played this track almost every day on my bus commute to my office in Inglewood, as some kind of focus-keeping affirmation. It’s face-achingly, monomaniacally optimistic, while still sounding like it’s about work, or maybe that’s just what I’ve imprinted on it at this point.

I have a very specific part of my Elysian Park run that I cued up this song for, two or three times a week for the better part of a year. It got to be a science; I have specific trees and rocks I associate with different moments of it. Then my friend came to visit me a couple months ago, and we put it on while driving up the 110 through downtown at night in a ridiculous rented Dodge Challenger, and I became freshly obsessed with it. But honestly, listening to just about any song while driving up the 110 at night is obsession-worthy. If my tween self had known I would get to listen to dance music while driving up the 110 at night, she’d be a lot less stressed about growing up.

Bye-bye, GRAH-nt-lewnd, bye, thank you, we like you, we love you, see you next time, bye, we miss you.