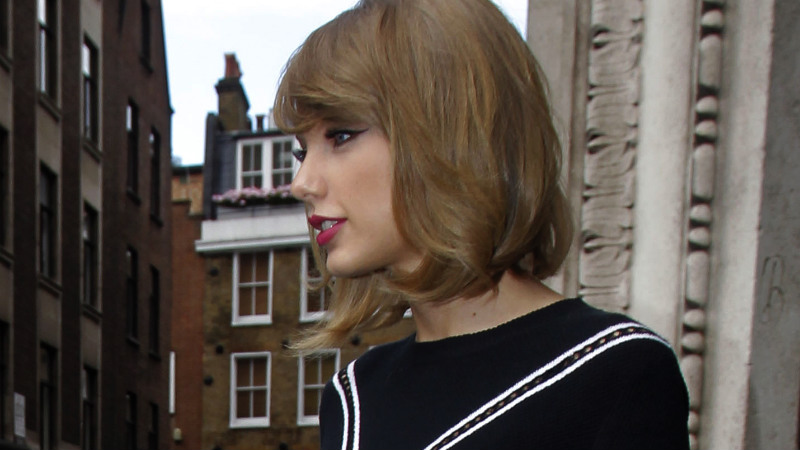 “Track 3,” the subversively titled fourth song to be released from Taylor Swift’s upcoming album, 1989, is as clear a statement as any we’ve gotten during this rollout cycle that Swift’s Nashville days are over. “Shake It Off,” “Out of the Woods,” and “Welcome to New York” have all signaled a decisive shift toward mainstream pop, but retain the art of songwriting and use of human vocals so central to Swift’s country roots. But with “Track 3” Swift has fully adopted a new toolbox, and to see these early movements toward a whole new sound is a truly thrilling thing to witness. You thought Dylan going electric was a game-changer? Try Swift going noise.

This is a pivotal moment for any young artist of Swift’s caliber. 1989, scheduled for release on October 27, will be her fifth studio album, and she remains one of the top-selling recording artists in the world. To paraphrase “The Amazing Spider-Man,” with that kind of market influence comes a lot of liability or pressure to keep innovating artistically or whatever. A powerhouse crossover artist like Swift has the power to dictate what is and isn’t allowed to be pop. Just as Rihanna and Lady Gaga integrated EDM into their sounds at the outset of this decade, thus launching a pop-dance trend that still doesn’t show any signs of stopping, Swift has integrated minimalist IDM sensibility into her latest single, a bold left turn that literally only she or Beyoncé could afford to make. A move that extreme will always open one up to accusations of appropriation, or dilettantish naïveté, but Swift also has the power to introduce a whole new generation of fans to the world of ambient electronic music. And that can only be a good thing.

The fact that “Track 3” has risen to popularity so quickly — it hit no. 1 on the Canadian iTunes chart almost immediately — bodes well not only for 1989, but for contemporary pop fans’ willingness to embrace new sounds and directions. Swift also has the power to elevate a lot of smaller artists via her live show — paging Taylor’s management, get on the phone with Warp and Kompakt ASAP! It will also be interesting to see how “Track 3” plays live, especially after the Swifties have had some time to warm up to it. I can imagine some of Swift’s younger fans putting “Track 3” on repeat and trying to identify the sounds — is it a waterfall? Sand through an hourglass? Heavy satin being dragged across marble? News flash, kiddos: It’s music. And there’s plenty more where that came from.