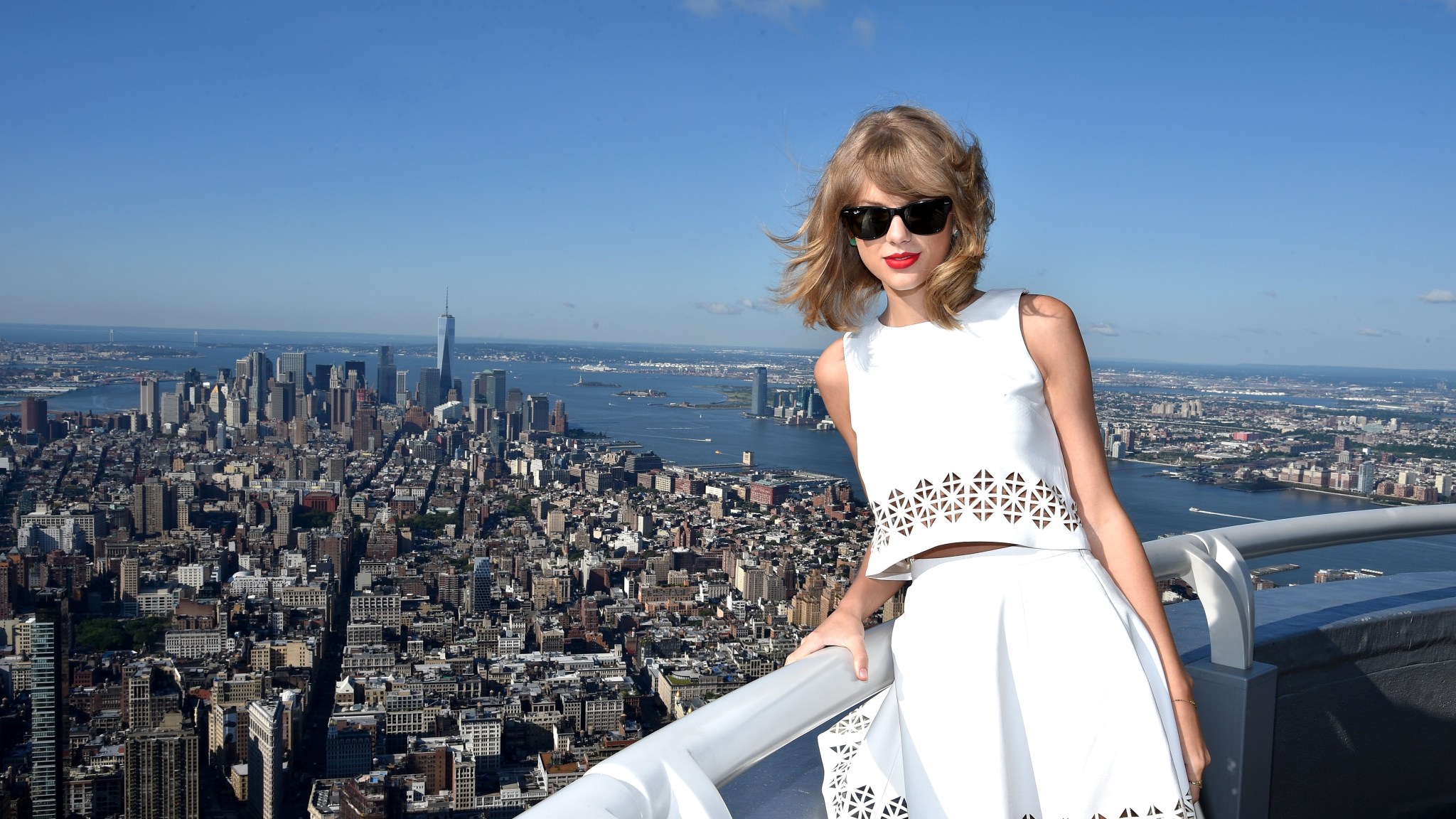 If you’re younger than Taylor and you hear this, chances are your eyes widen. Oh, I can’t wait to grow up, but I’m also so scared — wait, what are all these new emotions? you think. And if you’re older, those first moments of independence could bring back nostalgia. Reminiscing on the fear, while embracing the joys of what came next: adulthood.

If you’re 19, though, it’s like — Grow up, Taylor. I’m a sophomore in college, Taylor. I live in a terrible dorm room, Taylor. I have an econ test at 9 a.m. and I can’t even get into my room because my roommate locked me out because she’s having sex with that dude from down the hall — how do I know? — oh, because I can hear it from the couch in the common room that I’m currently sleeping on, enjoy that dark and scary condo, TAYLOR.

Embracing a Swiftian life landmark hinges on where you are in your life in relation to where Taylor is when she goes through something.

In April 2014, at age 24, Taylor Swift moved to New York. And last night, she released a song about New York. It’s called “Welcome to New York,” from her upcoming album 1989. She loves New York.

“I dreamt about moving to New York. I obsessed about moving to New York and then I did it,” Taylor told Good Morning America. “The inspiration that I found in that city is kind of hard to describe and hard to compare to any other force of inspiration I’ve ever experienced in my life. I approached moving there with such wide-eyed optimism and sort of saw it as a place of endless potential and possibilities. You can kind of hear that reflected in this music.”

You can hear it reflected in Taylor Swift songs, such as “Welcome to New York”:

Walking through a crowd, the village’s aglow
Kaleidoscope of loud heartbeats under coats
Everybody here wanted something more
Searching for a sound we hadn’t heard before
And it said

When we first dropped our bags on apartment floors
Took our broken hearts, put them in a drawer
Everybody here was someone else before
And you can want who you want
Boys and boys and girls and girls

That’s the entire song. A summary of the reaction:

Like everything else, Taylor Swift has turned New York into a slumber party at Whole Foods. And this New York she presents, if you’ve never been here, sounds amazing. The place where there’s nothing you can’t do, because now you’re in New York, place of big, inspirational lights, home of streets that make you feel brand new.

And I can imagine this highly sterilized version of New York bringing back memories of those fun, carefree early days for someone whose time in New York has come and gone.

But, again, for anyone living the actual moment she sings of, it’s either insulting or comical, depending on how much you actually listen to her lyrics. Or care, at all.

“Welcome to New York” sums up the allure of Taylor Swift, ever storytelling to anyone who isn’t in a position to remind her how non–Taylor Swifts exist on earth.

Because she’s not lying. “Welcome to New York” is Taylor Swift’s New York, the New York of a few others. And with this song, Taylor’s shtick has expanded from generational hearsay into geographical hearsay. She continues to be the head of tourism for all things she’s just discovered. And at any given moment, only a small percentage of the population will have the authority to throw a challenge flag. Which is why she’ll continue to be one of the biggest artists ever.

When “22” came out, from her 2012 album Red, she almost got me. Not in the sense that I almost started listening to the song — I still listen to the song, because it sounds incredible — but listening to it at age 25, she almost had me fooled that my 22 was something close to the 22 she was describing.

We’re happy, free, confused, and lonely at the same time
It’s miserable and magical, oh yeah
Tonight’s the night when we forget about the deadlines
It’s time, uh uh

And then I remembered 22. The first year out of college. The recession. The hiring freeze all over New York. The sixth-floor walk-up. All things, powerfully broke, phi broke — we ain’t got it. For a moment, I was almost on the older end of the Taylor Swift appreciation spectrum. And then I listened to those lyrics. And reminded myself who was singing them. And laughed.

“Welcome to New York,” has only been out 24 hours, and it’s already a classic Taylor Swift song. Because it fits the Taylor Swift mold of successful song making: It sounds good, it’s about something, and in all of its earnest nature, it’s really about nothing.