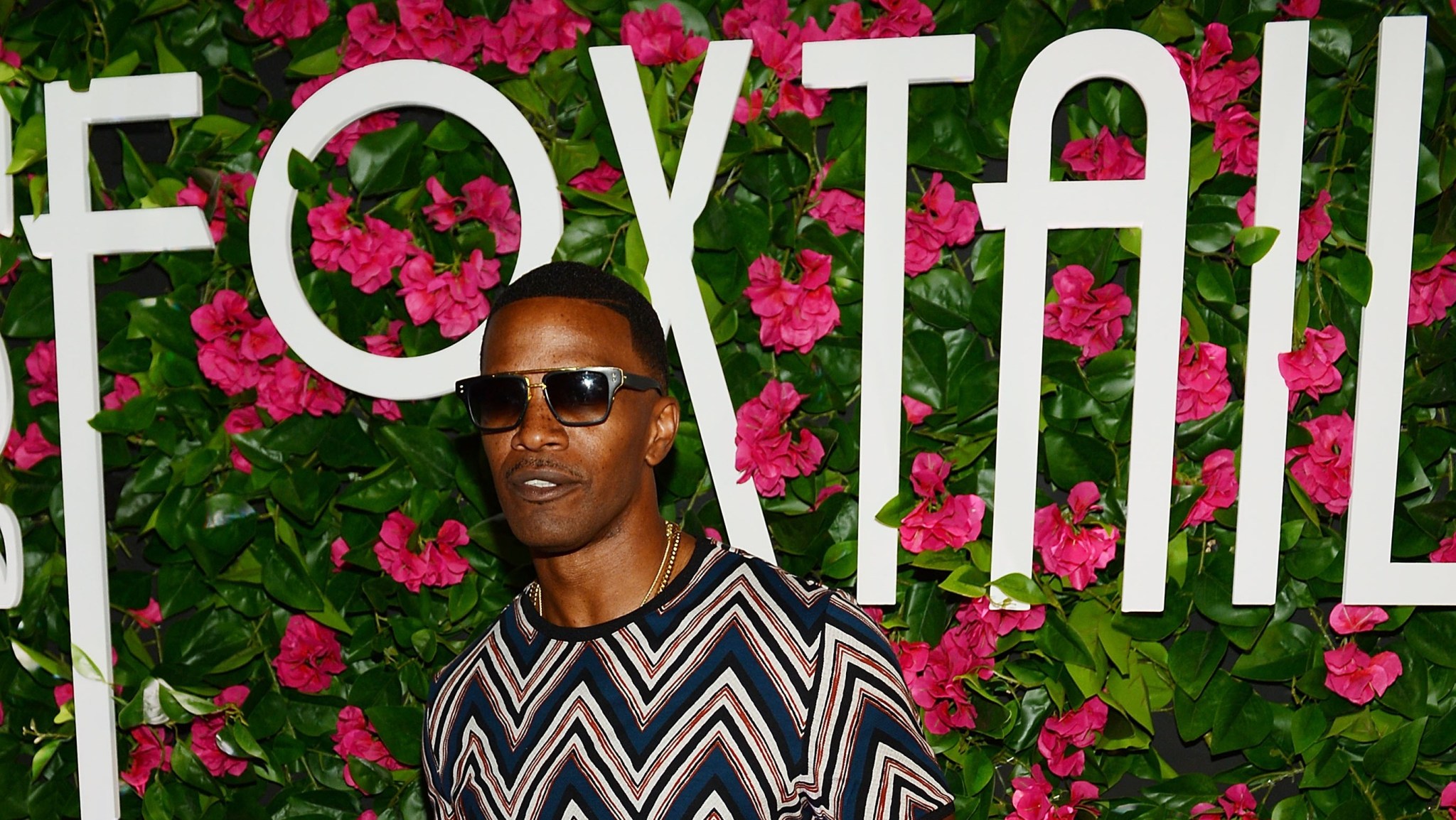 I learned this via another human saying it aloud in my direction, and then I was asked to guess what it was about. I was fairly certain I knew the entire plot, but never forget homophones is cray. I thought it was Groove Tales, as in a midlife crisis film starring Jamie Foxx as the newly divorced Melvin, who, after years of working his way up through the ranks at Goldman Sachs (and, in turn, not giving enough time to his marriage), starts over and experiences single life — which quickly sees Melvin getting his groove on with a heaping helping of mates, leading him into a downward spiral of sex and drugs and clubs, and then he dies.

But it was Groove Tails. So I asked for one more piece of information. What I was told, by Deadline:

The story, set in the world of competitive street dancing competitions, but for mice, follows “Biggz”, a mouse deep in debt to a local club, hoping to clean up the streets from a group of menacing alley cats, and get the girl.

Immediately, I knew exactly how this movie was going to play out. I think about this precise film plot biweekly. But since I refuse to spoil all of Groove Tails, I will limit my insight to how I’m sure it begins, a key scene in the middle, and a hint at the dynamic ending.

Narrator: “Biggz never knew when to call it a night. It was true his whole life, even when he was a little mouse baby. It was part of the charm that Biggz would be known for throughout Cleveland. ‘There goes that boy Biggz. He never knows when to call it a night, which — I must say — is part of the charm that Biggz is known for throughout Cleveland,’ a mouse would say as Biggz walked by. Whether it was one more hand in spades, one more drink at the bar, or one more episode of The West Wing on Netflix, you could count on Biggz to push it further than anyone else. This got Biggz many friends, but occasionally it also resulted in an assortment of enemies.

Last night, Biggz knew he should have gone home. But, again, he didn’t. And what happened resulted in enemies who would forever alter the course of his life.”

[Cut to the previous night, as we enter the mouse after-hours club at 4:30 a.m.]

Biggz is drunk. But not bad drunk — fun drunk. He got a late start to the night and is catching his fifth wind. In classic Biggz fashion, all he wants to do is dance. Also, he got a text that one of his old crushes, Dianaz, is at the after-hours. Biggz and his boy, Tomz, walk into the place, and it’s a good scene. Full, but not too full. Smoky, but not too smoky. Loud, but not too loud.

Biggz sees what has happened (and what he may have caused) and looks out to see if anyone has noticed. Three gigantic rats in tuxedos are staring right at Biggz and Dianaz. The three giant rats are furious and look as if they’re about to come right at Biggz and Dianaz. But before they can begin their approach, a wooden plank from the ceiling falls between them and immediately catches on fire. It’s clear this place is about to burn down. Biggz and Dianaz make a run for it to avoid burning to death and to escape from the trio of gangster rats. The two disappear into the night and head back to Biggz’s house, where — in a fit of emotion and passion — they make crazy mouse love, hoping to forget about the traumatic experience they’ve just been through.

The next morning, Biggz wakes up and Dianaz is gone. His first assumption is that she left for work, but then remembered Dianaz doesn’t work on Tuesdays. A little puzzled, and very hungover, he walks into his kitchen to make some eggs and sees a note on the table. 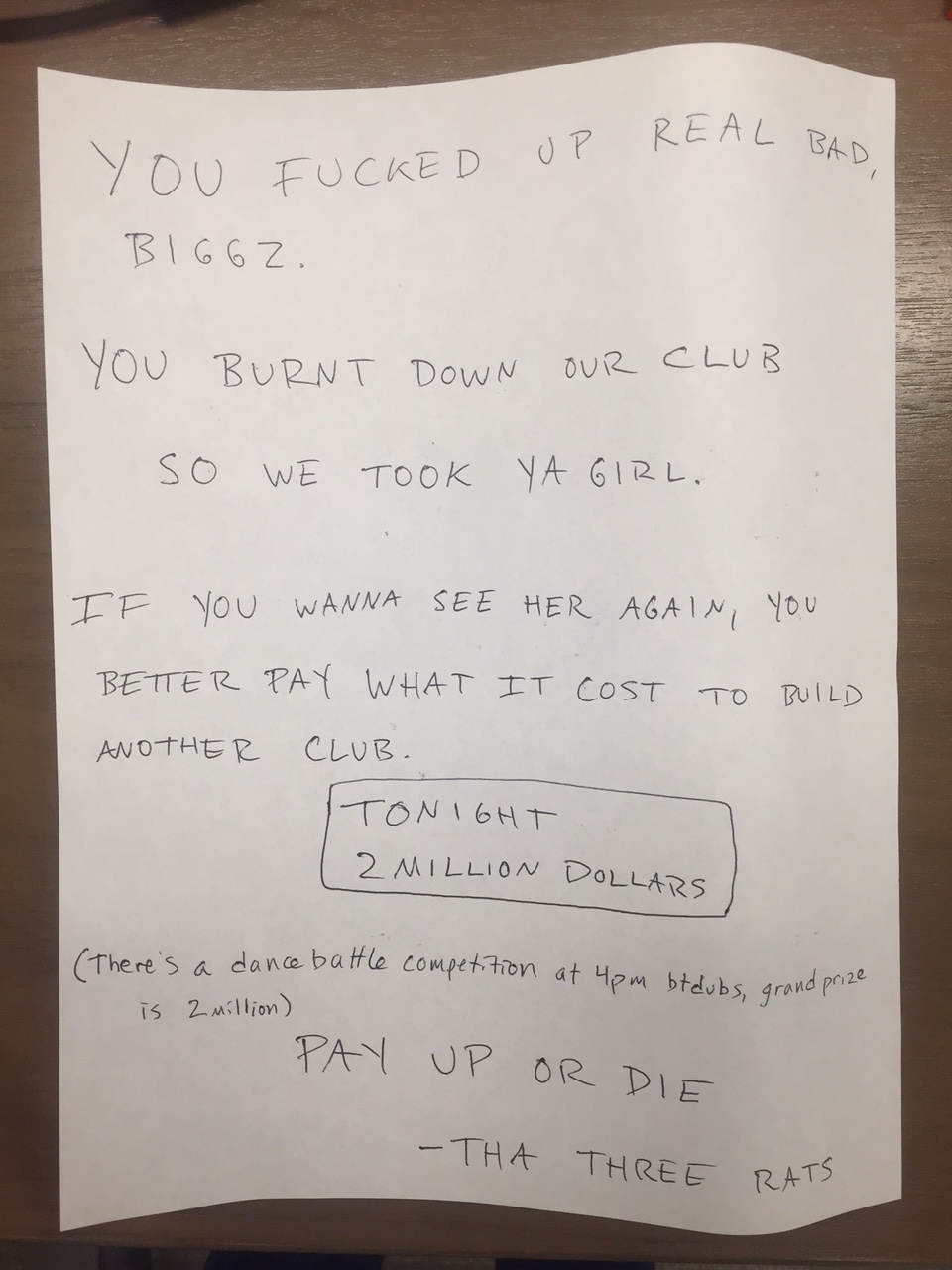 Biggz is horrified. “I never know when to call it a night, which — I must say — is part of the charm that I’m known for throughout Cleveland,” he says. His questionable ways had finally come back to haunt him, in the form of a $2 million debt to the wrong rat guys, as well as the abduction of his boo-thang Dianaz. And to top it all off, he has only six hours to remember how to battle-dance.

He knew how — it was part of his dark past. But he has long put those days behind him.

If he were going to do this, he’d have to confront his demons. Dig into his former self. Call up some old friends. And do whatever it took to get the money, get the girl, and get these menacing rats off the streets of Cleveland, once and for all.

It’s an hour until the competition. But his crew is motivated.

Congrats to Jamie Foxx. Can’t wait to see this film come to life.