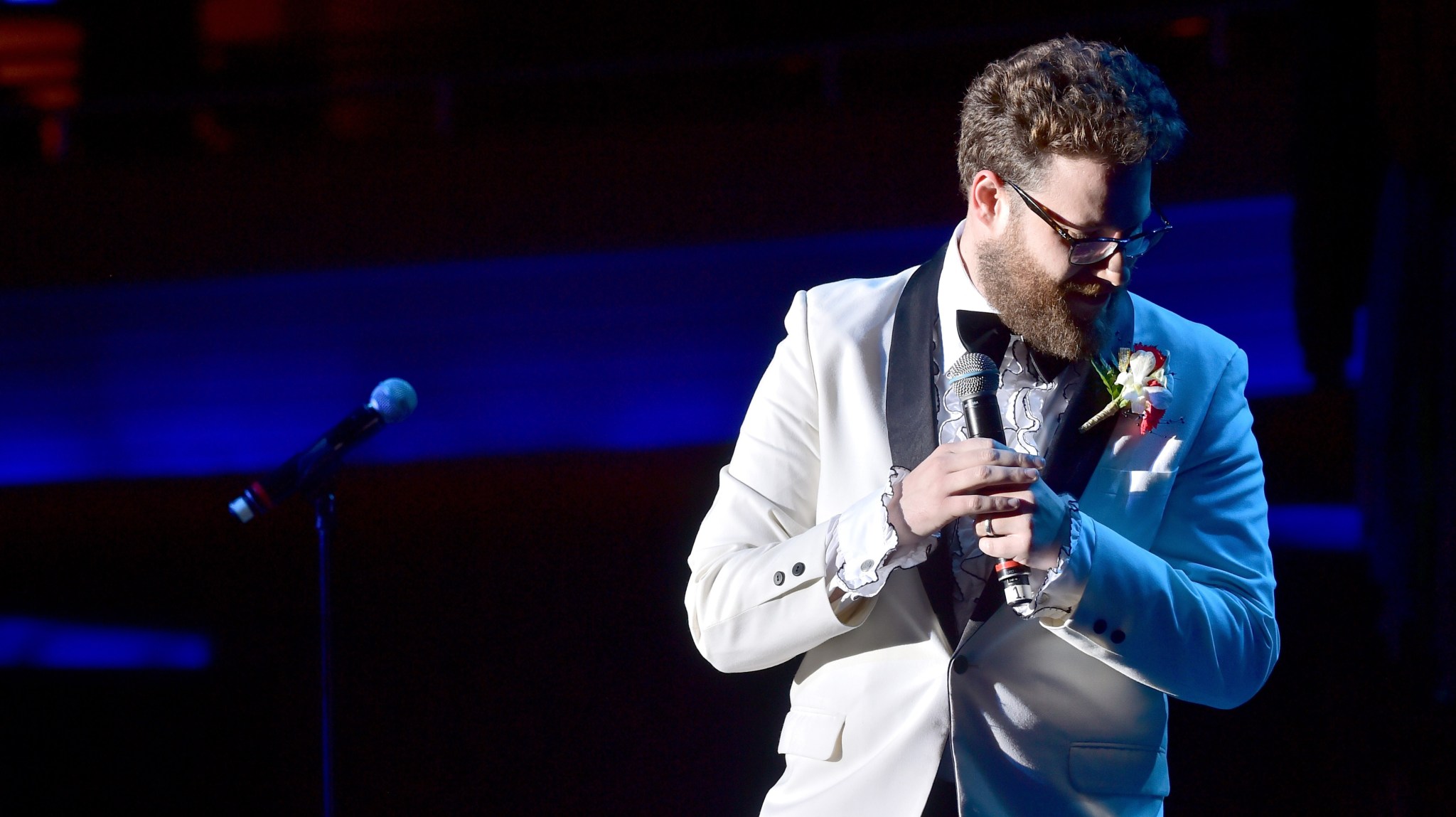 Now, it appears that Hill’s good pal Seth Rogen has been paying attention. As Variety reports, Rogen is set to play the Steve Wozniak to [clears throat] CHRISTIAN BALE’s Steve Jobs in the upcoming biopic of the Turtleneck Kid. Aaron Sorkin is writing the script, adapting it from Walter Isaacson’s definitive biography, Steve Jobs. As Variety points out, Sorkin “has publicly said the movie will be divided into three long scenes, each taking place backstage before one of Apple’s famous product launches.” David Fincher was originally attached to direct (he left over an alleged salary dispute), but now it’s Danny Boyle — a Best Director winner for Slumdog Millionaire, although, come ON, I think we all know that movie was garbage and if anything he should have won it the year before for Sunshine — in the big chair.

With the casting, Rogen does two things: (1) creates an unholy blood feud with Josh Gad, the last scruffy, slightly chubby dude to play Woz (he did so in the unloved Ashton Kutcher take on the story, Jobs), and (2) punctuates his recent career upswing with a bang. In 2011, with the failure of The Green Hornet, his most expensive film to date, Rogen’s charmed ascent came not quite screeching to a halt, but certainly slowed significantly down. There was a time he seemed pretty much incapable of coming out with a modestly budgeted box office success. Then all of a sudden you looked up and he was doing goddamn road-trip movies with Barbra Streisand.

Fairly quickly, the ship righted itself. This Is the End was the big play: Not only codirected but cowritten by Rogen, it giddily, literally killed off him and his pals, and therefore wiped the slate clean for what had become an overexposed Apatow crew. Then came Neighbors, a colorful romp that advanced their bros-with-heart formula by having Rose “Mama Bear” Byrne shine bright like a diamond. It made a whopping $268 million worldwide and officially got Rogen his groove back. Next up is The Interview, Franco + Rogen’s most ambitious work to date: As a talk show host and his producer, respectively, the two are tapped by the CIA to go to North Korea and kill Kim Jong-un.

Now, by taking on the Woz role, Rogen announces he’s thinking even bigger. The Bale/Jobs/Sorkin nexus was already enough to get this thing into Oscar chatter. From that perspective, giving the gig to Rogen might seem almost like stunt-casting. But that’s not really fair: Sure, the juxtaposition creates a bit of a splash, but there’s no particular reason why Rogen wouldn’t be a great goofy Woz. So: Look out Jonah, Seth might be coming for that statuette first?!! [Begin Rogen laugh.] Eh heh heh heh heh heh. [End Rogen laugh.]

Songs of the Week: The Difference Between New York and L.A. Is ...