‘The Interview’ Threat: Which Rogen/Franco Collaborations Are Actually Worth Being Nuked Over? 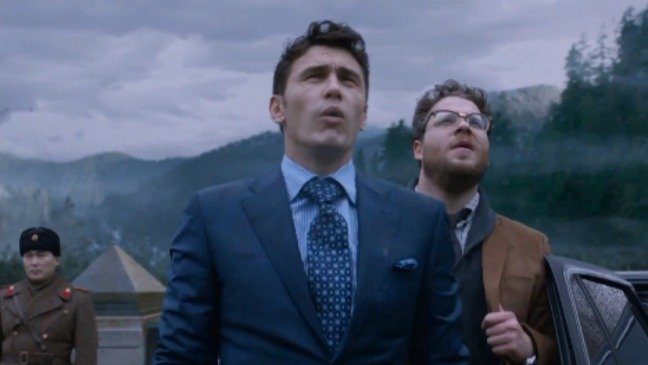 This, apparently, is not a joke: Although we’re months away from release for The Interview — the latest Seth Rogen/James Franco collaboration, in which the two play celebrity journalists tasked with going undercover and killing Kim Jong-un — North Korea has already gone ahead and denounced the flick in hysterically outlandish fashion. Multiple reputable news sources have picked up what is supposedly an official statement from a foreign ministry spokesman, saying, “The act of making and screening such a movie that portrays an attack on our top leadership … is a most wanton act of terror and act of war, and is absolutely intolerable” — and to these “gangster moviemakers,” a “merciless response” is promised.

And if that’s not enough, on Thursday, a day after the statement was released, the L.A. Times points out, the North Korean government went ahead and launched three short-range missiles into the sea. Coincidence?! Well, yeah, probably: As the L.A. Times also points out, “North Korea periodically tests missiles, with the last one coming in March.” But never mind that! With even an infinitesimal chance that the North Koreans are now tacitly engaging in low-simmering international brinksmanship with the Rogen/Franco team, we have to ask: Is it worth it? Could The Interview be worth being potentially missiled? Has any Rogen/Franco collaboration been worth a theoretical nuking? A brief consideration.

This is still the definitive article in the Rogen/Franco two-hander canon: While they’d been onscreen together before, they’d never actually played off each other this intimately. This, I would argue, was the official beginning of the Franco, Huge Workaholic Weirdo era. Before going Full Franco, James tested the against-type, still-cuddly performance in a major studio comedy; that it was well received certainly gave him some ideas. (Also, check ’em out in this Moviefone Unscripted interview from the Pineapple Express press tour, in which Franco says he’s started going to school so he can, one day, write and produce his own movies, like his buddy Seth. “I’m glad that’s on film, that James Franco is jealous of me [Rogen laughs] … that’s great [Rogen laughs].”) It also set the template for the Franco/Rogen relationship, in art as in real life, with Franco the earnest loving over-sharer and Rogen the reticent-but-still-loyal compatriot. It’s odd, then, to remember that Rogen was originally gonna play the loopy drug dealer, and Franco the straight Dale Denton.

Verdict: Not only an underrated film — an important one. Worth 1.7 theoretical nukes.

Solid meta-concept. Excellent cameo from cinematographer great Janusz Kaminski (“They made me do it, Mr. Spielberg. It’s really slow in town.”) Still: It’s a sketch. It’s not worth scavenging around a hellish flatland in a hazmat suit like this was goddamn Z for Zachariah or something.

This is pretty skimpy, too, yeah, but it’s Kanye-approved. That goes a long way.

Throwing themselves, as “themselves,” on the chopping block — Hollywood actors, “soft as baby-shit,” peevishly freaking out in the middle of the literal biblical Rapture — Rogen and Franco and the rest of the boys mined gold. This Is The End cracked $120 million in the box office and rejuvenated the Judd Apatow–Rogen camp off a distinct overexposure-impacted decline. Also, it has this scene.

This is a technicality — Rogen branches out to other members of the Franco family, tapping lil’ bro Davey to play Zac Efron’s frathouse second-in-command in this neon-lit revenge-and-bong-rips extravaganza. So, yes, technically the Franco/Rogen tag still applies. But are we willing to test our second strike capabilities on a technicality? I don’t know, man. The scene in which Rogen and Efron are doing dueling Batman impersonations was pretty funny.

Verdict: It’s hard to say for a movie we haven’t actually seen yet, although it would at least be nice if the end of the world waited until after this came out. 0.5 theoretical nukes.

Come on. COME ON.

"Actually, Ben McKenzie was kind of mean to me. I hadn't done anything at that point and he was a little bit of an ass. But I love him. I think he's a great actor and I love 'Southland'... Mischa? I didn't really...Was she there? I don't even have memories of her." " -- Cam "Kevin Volchok" Gigandet lays out some long-simmering 'O.C.' beef.

The Apocalypse Is Still Canceled, But the Sequel Is On: 'Pacific Rim 2’ Is Coming in 2017