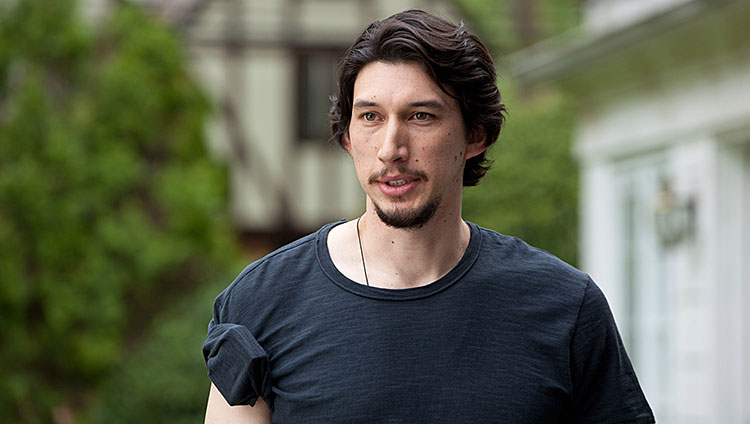 Let’s get some housekeeping out of the way: This Is Where I Leave You, which tells the story of three brothers and a sister who must sit shiva for their dead father as their personal lives fall apart, is not a good film. Watching it leaves the vague, unshakable feeling of having stumbled onto the first draft of an oversexed American realist, maybe down-period John Updike, or a trashed experiment Jonathan Franzen wrote in college. Corey Stoll’s character, the family’s disrespected and gravely serious eldest child, is literally impotent. That’s the narrative equivalent of ¯\_(ツ)_/¯. It’s like naming your son, “Son.”

But in its failure, This Is Where I Leave You does provide us something: It shows just how far ahead of his peers Adam Driver is right now.

Driver plays the youngest of the four siblings [WARNING: SOME REAL THIS IS WHERE I LEAVE YOU SPOILERS AHEAD], junior to Tina Fey, Jason Bateman, and Stoll. They’re all saddled with stereotypes: Fey is the tragic suburban mother who lost her first love to a brain injury. (Cue everyone staring at Timothy Olyphant’s head scar as he half-grins like he’s in a K-hole.) Bateman’s wife cheated on him with his shock-jock boss. Stoll is literally impotent. Driver’s character is no more unique: He’s the incorrigible problem child, drawn so close to stock that he shows up late to the funeral, wearing a black leather jacket and driving a black Porsche. It’s like The Big Chill never happened. 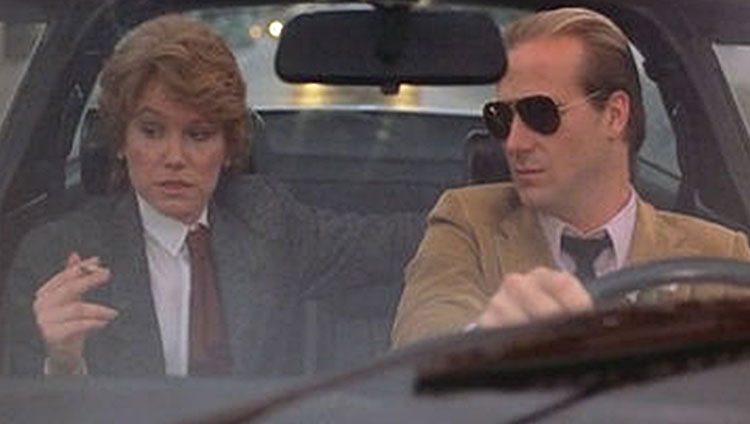 The difference, though, is that Driver’s a supernova. Every time he’s onscreen, he distorts the structure of the film on a cellular level. When he leaves the frame, you wait until he returns. When he’s there, the other actors change. There’s a scene in which he playfully picks up Fey and puts her over his shoulder like a rolled-up rug. It’s the only time Fey, a truly great comic actor, seems to be enjoying herself. He puts his forehead up against Bateman’s, and all of a sudden Bateman isn’t playing Bateman anymore: He’s playing a brother. He fights Stoll, and Stoll bristles like a dog.

Up until now, Driver has always seemed deferential onscreen — to his costars, to his directors, to the scripts. In Girls, he’s part of a tapestry; Inside Llewyn Davis deploys him as a secret weapon; he’s an accent wall in Frances Ha. But these are the final days of Adam Driver as a tasteful statement piece in the living room of your movie.

Up next are, in approximate chronological order: While We’re Young, the new Noah Baumbach film that killed at Toronto; beloved indie director Jeff Nichols’s foray into sci-fi, Midnight Special; Star Wars, of which you might have heard; and, alongside Andrew Garfield and Liam Neeson, a starring role in Martin Scorsese’s 17th-century Jesuit missionaries passion project, Silence.

In This Is Where I Leave You, you can see hints of this coming stardom. Driver dominates. At times, he looks comically huge, like he just stepped out of a Marvel movie, a pack of cigarettes rolled up in his shirtsleeve, Dean-style. Then he can be coy and playful, slinking around his costars, springing up from the rest like a jack-in-the-box.

Driver delivers his lines in a way that is totally unique, masticating his words and then spitting them out as though they just appeared in his brain; there may not be an actor under 40 whose dialogue seems more different on the page than it does coming out of his mouth.

He does the same work in What If, one of this year’s most underrated movies. The story of a boy (Daniel Radcliffe) who meets a girl (Zoe Kazan) who has a boyfriend, Driver plays Radcliffe’s friend and provocateur. He’s everything Radcliffe’s character isn’t: impulsive, libertine, unhinged. And he’s the perfect supporting man, elevating every scene he’s in to a point of high pageantry. There’s a scene in which he uses nachos to make a point that hasn’t been matched in 2014, and in the field of nacho-related cinema not since Kurt Russell’s enthusiastic performance in Death Proof. He looks at those chips like he wants to sleep with them and then take them out to brunch.

This Is Where I Leave You somehow makes Fey unsympathetic and Stoll boring. But it can’t diminish Driver. He reappropriates the film to serve his own purposes. And that’s the mark of greatness: There is no script that can’t be rendered into something worthwhile. Driver’s developing into a young Christopher Walken, except he can disguise his weirdness. If there’s a higher compliment I can pay to an actor, I don’t know what it is. The next decade is Driver’s to take.