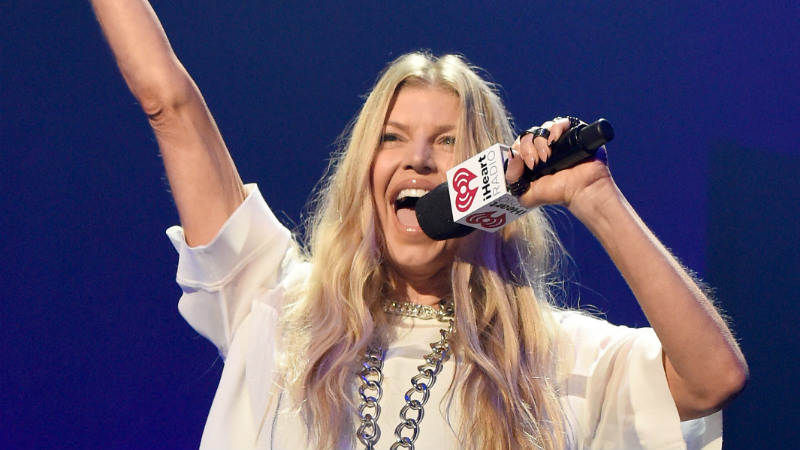 The 2000s are back, and they’ve brought Fergie with them. Yes, now that Iggy “Iggy Iggz” Azalea is on top of the charts, the original queen of female white rappers, Stacy “Fergie Fergz” Ferguson, has returned to reclaim her throne as The Dutchess. Fergie’s solo debut came out eight years ago, feels pretty prescient in retrospect. Although it was not especially critically beloved at the time, The Dutchess went three times platinum in America and gold and platinum all over the world. Its extreme eclecticism became the template for future pop stars; the pop-pastiche, iTunes-friendly, every-genre-at-once style that both Fergie and Will.i.am brought into the world in the early 2000s has become the dominant style.

Fergie normalized the idea, first put forth by Debbie Harry in Blondie’s “Rapture,” that a white female pop star could rap as well as sing. And that the rapping didn’t have to be great, as long as it had a nice beat and you kept a decent sense of humor about your ability. Even Katy Perry sort of raps sometimes now. I happen to think Fergie is a pretty good rapper, for what it’s worth. She has a distinct cadence and point of view, and discusses issues from her own weird life. (She was a product of Kids Incorporated and a former member of blue-eyed soul trio Wild Orchid, and struggled with a meth problem before finding success with the Black Eyed Peas and love with Josh Duhamel.) Fergie’s guest verse on Kanye’s “All of the Lights” was a highlight on a song that had a multitude of other feature spots, including one from Elton John.

The Dutchess had five monster singles, the pop-rap “London Bridge,” “Fergalicious,” and “Glamorous,” the sweeping ballad “Big Girls Don’t Cry,” and the retro, Little Richard–sampling “Clumsy.” The Dutchess set the stage for songs like Iggy and Charli XCX’s “Fancy” to exist and thrive. Eight years after Fergie and 10 years after Gwen Stefani’s foray into the world of hip-hop hybridization with “Hollaback Girl,” with Kreayshawn’s debut a few years in the rearview, the cultural landscape has changed (perhaps not for the better). Miley Cyrus and her generation can’t remember a time when white girls weren’t comfortable rapping.

Fergie has taken the last few years off, during a Black Eyed Peas hiatus, to get married and have a kid with husband Duhamel. She put out a song called “A Little Party Never Killed Nobody (All We Got)” with Q-Tip and GoonRock for The Great Gatsby, possibly to get people prepared for the idea of a Fergaissance. But she’s now ready to get back onstage, announcing that a new single called “L.A. Love (La La)” comes out on September 29. “It’s on,” she tweeted, after denying and then confirming the rumors she was staging a comeback, spurred by her appearance at the corporate I Heart Radio conglomofest in Las Vegas. “L.A. Love (La La)” premiered at a fashion show in Milan.

So how is the snippet? Well, it sounds like a Fergie song! Which means it is catchy, sounds sort of Euro, and will be inescapable everywhere. I guess I go to bat for Fergie because she knows what her lane is and is happy to dominate it. Her music and persona are unpretentious, and she always seems happy to be there, probably because she knows that pop stars pushing 40 are rare animals.

Speaking of rare animals, she and Duhamel are also planning to bring an adaptation of cult 1982 animated feature The Last Unicorn to the stage as a Broadway musical. Fergie is reportedly involved with composing the music, while Duhamel will coproduce the show. Fergie is the last unicorn, a 2000s pop star from the TRL era, still poised to reign.