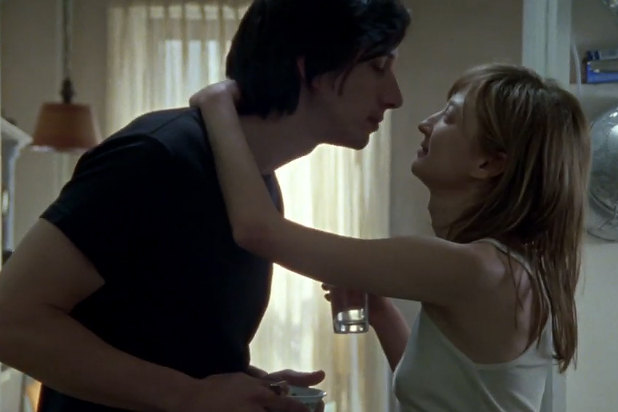 In her 2014 book On Immunity: An Inoculation, Eula Biss considers one of the most absurd and troubling phenomena in modern American society: the movement away from vaccination by mothers, often young and educated, and the rise in antique diseases like measles, mumps, and whooping cough that had otherwise been nearly extinct. This movement is based in pseudo-science and on the testimonies of liars and frauds; it has no credibility. And yet, in Los Angeles, where I live, the rate of kindergartners who have not been vaccinated, particularly at private schools, is reaching levels that are seriously endangering the essential public-health concept of herd immunity.

What makes Biss’s book exceptional, though, is not how thoroughly and intelligently it considers the philosophy behind vaccination, and the public-health crisis that’s rising from the opposition to it, though On Immunity does these things well. It is brilliant chiefly for how Biss strives to understand why women, many of whom are similar to her, choose to risk the health of their children, and the children of others, by opting out of vaccinations.

Biss’s empathy is unique in the conversation about anti-vaxxers. By seeking to consider the motivations behind this kind of behavior, Biss points toward a possible means of leveling with people who might seem otherwise unreachable. She also reminds us how easy it is, and how much of a trend it has been throughout history, to pin blame on the hysterical mother — a question at the core of Saverio Costanzo’s new film Hungry Hearts.

In one of the least romantic run-ins in the history of cinema, Italian foreign-service employee Mina and engineer Jude meet in a Chinese restaurant’s bathroom. (This scene is seriously the stuff of nightmares.) But somehow, that unfortunate first encounter turns into romance, then marriage, then a child. As the child gestates, and is born, and then passes through infancy, Mina grows more and more protective of him and less and less confident in the society and infrastructure around her. She believes that the world will kill her child — that she, and only she, knows what’s best to make him healthy. Jude quickly realizes that his excuses for Mina — that she’s just “unusual” and not delusional — are putting his son’s life at risk, and the movie becomes a desperate struggle between the two parents to define what’s healthy for their boy.

Unless you include the real-live infant — this ain’t no American Sniper situation — Hungry Hearts is basically a two-hander between Italian actress Alba Rohrwacher and Adam Driver. His Jude oscillates between deference and rebellion, and Driver, arguably the best young actor in Hollywood right now, plays him with a sort of desperate confusion. Rohrwacher, meanwhile, is superb as Mina, in a role that couldn’t be drawn less sympathetically. Mina is literally killing her baby, and Rohrwacher does her best to bring pathos and process to the part; her love and obsession for their son seems to pour out of her tiny body, which, the movie reminds us often, is being starved along with the baby.

But therein lies the dilemma of Hungry Hearts. A difference exists between fiction and reality. In reality, we cannot reduce issues of public health to matters of emotion. The dilemma of children going unvaccinated can’t only be chalked up as a result of mothers spiraling into extreme behavior. In fiction, the storyteller’s obligation is to his characters and their narrative, meaning that individual madness becomes a potentially more viable subject of focus.

Hungry Hearts is unapologetically about a woman being ruined by motherhood, and it never pretends not to be. As Mina begins her investigation into alternative medicines and diets, Jude’s patience with her is meant to show that her concern isn’t unreasonable: She’s behaving naturally. And when Mina starts spiraling past any behavior that could be justified, the movie believes that that explanation — her deep and corrupting love  — is enough. The hysterical woman isn’t a myth or a fantasy, Hungry Hearts seems to be saying: It happens, and it’s happening here. But to get viewers to ride along with that kind of damnation is a big ask.

Hungry Hearts leans mostly on the world it creates. It’s a cheap movie shot and made cheaply, with handheld cameras and an editing style that could best be described as erratic. While it isn’t inept, it’s also not technically distinguished, and the few attempts at distinctive cinematography — a fish-eye lens, some Dutch angles — mostly just serve to remind us of how DIY the filmmaking is. Because of this, the look of the film is subservient to the device of Mina’s psychosis. It’s a compelling narrative device: Like evil or love, insanity need not hold up to interrogation; people go insane for all sorts of reasons, many of them never known. However, just as fiction frees up a storyteller to concentrate on the most aggressive human aberrations, it must also be committed to its characters.

Watching Hungry Hearts, it’s hard not to remember Biss’s indictment of the hysterical woman stereotype. Jude and Mina’s child doesn’t deserve the treatment that he gets: That much is hard to argue. But what kind of treatment does Mina deserve from her creators? This is a question with multiple answers, and by the end of nearly two vertiginous hours, your opinion of Hungry Hearts will likely rest on which one you think it chose.