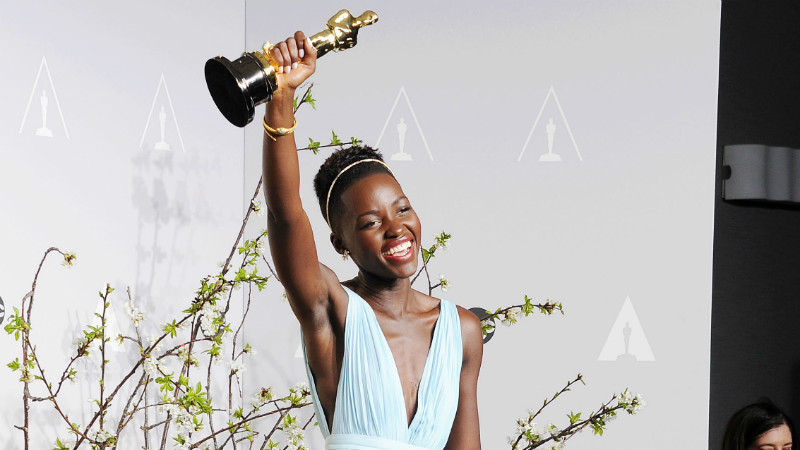 Right before Kenya’s Lupita Nyong’o swung by the Oscars to rule the show and collect her Best Supporting Actress statue for her role in 12 Years a Slave, she reportedly met up with science fiction franchise collector Jeffrey Jacob Abrams. The topic of the alleged tête-à-tête was Star Wars: Episode VII — Subtitle TBD. Abrams wraps his projects in opaque space-gauze, so the role is unconfirmed, but The Hollywood Reporter hears one possibility is “a descendant of Obi-Wan Kenobi, which has been described as a non-Caucasian role.” MEANING: JEDI. LUPITA.

The news comes directly on the heels of a Variety report about Abrams and Disney (which owns Grantland but doesn’t feed us Star Wars crumbs, sadly) seriously considering five candidates for the film’s male lead. Variety’s piece said the glacial casting process has dealt with “whether execs and creatives want someone of a different ethnicity from the previous Caucasian leads. Abrams has said on numerous occasions that he wants to have a diversified cast, which is why actors like David Oyelowo and Michael B. Jordan tested early on.” (The five actors said to be testing now are Friday Night Lights’ Jesse Plemons, Attack the Block’s John Boyega, Downton Abbey’s Ed Speleers, and stage actors Ray Fisher and Matthew James Thomas, who have played Muhammad Ali and Spider-Man, respectively.)

As much as JEDI LUPITA thrills the imagination, there’s already some debate as to where Nyong’o’s talent can and will go after a sometimes-career-confusing Best Supporting Actress win. It’s worth noting that some strong actor’s actors have exited the Star Wars circus unscathed (and without making much of an impression on anyone, as far as acting goes — see: Alec Guinness, Ewan McGregor, Samuel L. Jackson), and also that few (no?) genuinely good actors got their start in this galaxy far, far away. Hopefully Nyong’o would find herself in better hands with Abrams on the third trilogy than anyone was with George Lucas in the first two, but it’s still a crossroads — the bright lights of Star Wars vs. lower-key prestige projects like an adaptation of Nigerian novelist Chimamanda Ngozi Adichie’s Americanah.

And however it plays out: No more casting rumors, please. Shoot us a text when everyone’s signed on and ready to go. And tell us what color lightsaber she gets.