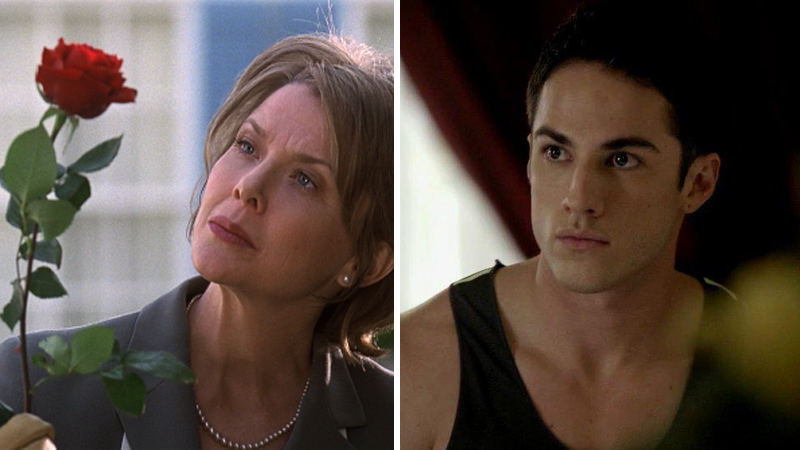 Last week, the L.A. Times reported the truly bizarre story of a pair of neighboring West Hollywood aestheticians who became involved in a murder-for-hire plot. Dawn DaLuise (not to be confused with Dom DeLuise), beautician talking head, owner of Skin Refinery, and practitioner of electrical muscle stimulation facials (former clients include Nicki Minaj and Jennifer Aniston), became convinced that rival facialist/full-body waxing specialist Gabriel Suarez (not to be confused with this Gabriel Suarez, author of combat shooting manuals) had been cyberstalking her after she came across threatening emails, fliers, and Craigslist posts listing her home address and soliciting sexual partners for “simulated rape.”

(A quick aside: I’m not sure exactly how these filtered Yelp reviews of the Skin Refinery from January fit into the cyberstalking timeline, but they’re a pretty interesting read now that we know the rest of the story, and include allegations of drunkenness, chili-cheese-fry hands, white supremacist groups, and barfing on a customer’s shoes. They were all written within two days, by users who had never posted before.)

If that seems like a weird weapon to bust out for something as trivial as spa wars, that’s because it is: Suarez wasn’t to blame for the offending documents, according to the L.A. Sheriff’s Department; DaLuise’s friend Edward Feinstein was. DaLuise had confessed to Feinstein that she thought Suarez was the culprit, and Feinstein encouraged her suspicions; as the feud escalated, DaLuise reportedly began posting her own sexually explicit Craigslist ads masquerading as Suarez, listing his address and inviting men to show up at his door unannounced (“I’ll be waiting in bed with an (sic) blindfold on!”). DaLuise discussed these posts in text messages with Feinstein, and she later turned to him again to express her plans to “take Gabriel out,” reportedly by trying to recruit former Detroit Lions player Chris Geile as her hit man (he apparently didn’t comply, and is not under investigation).

Apparently, shouldering her half of the harassment took its toll on DaLuise early this month, when she reported the crimes against her to the police and suggested Feinstein as a contact who could verify her claims. The police discovered the texts between the two discussing the hit on Suarez, arrested DaLuise, and then discovered that Feinstein was the one who had been behind the attacks on DaLuise (another unnamed individual is also under investigation). She is currently in Los Angeles County Jail, and we are currently fantasy-adapting this story for a Hot Property with a budget larger than DaLuise’s $1 million bail.

I can’t be the only person to have immediately thought of Amadeus after taking in all these ugly details — they both begin with salons, albeit different kinds of salons. DaLuise is our Salieri, but instead of getting bent out of shape because Mozart had no manners, she was irate because Suarez used to hand out fliers at a nearby Vietnamese restaurant. It’s the new guard replacing the old, the smooth ass cheeks of West Hollywoodians eclipsing the value of their electronically pulsed faces. Peter Shaffer, you can skip right to the screenplay. As with Amadeus, we could open with DaLuise in present day after her prison release, recounting this paranoid tale to the audience. Unlike Amadeus, Suarez’s Mozart survives to haunt his former competitor with advertisements for his booming business, with spooky Chaz Dean–like billboards, his face unable and unwilling to blink after all he’s been through.

Maybe we should hand this story to Jenji Kohan as writer/director. One of Kohan’s many strengths is humanizing criminals (Weeds, Orange Is the New Black), and right now that’s what DaLuise needs (besides that aforementioned $1 million): How this whole thing escalated from grouchy sideways glances on Santa Monica Boulevard to a conspiracy to commit murder can’t be placed on DaLuise alone. Feinstein presumably knew exactly what would get to DaLuise most and took advantage of that knowledge to the fullest. Would it take a series (or more likely, a miniseries) to build that tension so that its conclusion would make sense? I don’t think so — this would have to be Kohan’s jump into film, or potentially a Netflix original movie.

But you know what? There’s someone even better, someone who has plumbed both the darkness of WeHo’s aesthetics obsession and ruthless killers. Someone who likes his thrillers shallow and knows about online harassment: Bret Easton Ellis. And though I can’t really imagine that they’d like to team up again after The Canyons, I’m throwing Paul Schrader into the mix to keep things sufficiently creepy.

DaLuise is 55, a former model for Frederick’s of Hollywood, and exactly the kind of role that Ryan Murphy would be happy to hand to Jessica Lange if she were not nine years DaLuise’s senior. You know who I’m going to throw into the ring? Our friend Kim Richards, whose boring plotline on Real Housewives of Beverly Hills leads me to believe she’s ready to stop playing herself and start mining the Richards family electric facial knowledge base for her art.

That’s a huge risk, of course, and if we go with Ellis and Schrader, I doubt they’ll be willing to gamble on Richards. Better stick with tried and true: Annette Bening, selling those facials today.

We know less about Suarez at this point than we do DaLuise, so we’re going off head shots here. The Vampire Diaries’ Michael Trevino has the kind of face that could launch a thousand spa packages (his body is currently busy selling underwear). Alex Meraz played a werewolf in The Twilight Saga, so he’d be kind of a fun contender as well (you can really appreciate an actor’s range when he goes from wolf to fully waxed human in the span of just a few short years).

Finally, we have Feinstein: a 28-year-old white man, practically impossible to find in Hollywood. Oh, wait, the opposite is true! Feinstein has a criminal history (credit card fraud, identity theft, grand theft), but he’d have to appear nonthreatening for at least a third of the film: Ladies and gentlemen, I suggest Matt Lauria. Besides bearing a passing resemblance to Feinstein that would only get better with a dye job, Lauria (whom you may remember as Friday Night Lights’ Luke Cafferty) has been busy playing Afghanistan vet Ryan on Parenthood, an alluring but emotionally closed-off fella given to drunken brawls and secretive pill addiction. As Feinstein, he’d play both criminal mastermind and schmoozy enabler, a Machiavellian figure with a murky endgame (we still don’t know why Feinstein was pitting DaLuise against Suarez, or stalking her himself).

What’s really a shame about aging, though, is that another Parenthood star — Sam Jaeger, who looks even more like Feinstein — has to be excluded from the pool because he’s 37. When we finally invent time travel boxes, these Hot Properties are going to change the whole landscape of American cinema. Buster Keaton stars in the epic cat standoff saga of 2014, directed by Elia Kazan.