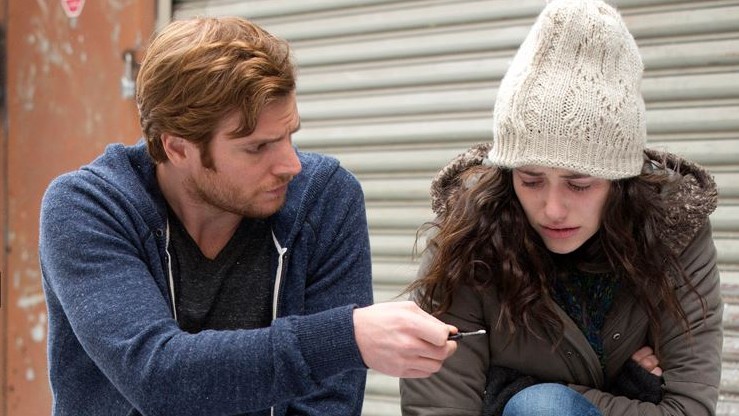 It seems strange to call Shameless old-fashioned. After all, this is a series that, in its fourth season, has prominently featured a DIY Native American sweat lodge, an insurance scam featuring a child breaking his dying father’s leg, and a 3-year-old OD’ing on cocaine. And yet a show so committed to portraying the ugliness of the world as it is keeps reminding me of a world that once was: a simpler time when TV shows were marathons, not sprints. Shameless is a throwback to a pre–Golden Age when televised journeys mattered more than destinations and when endings were a place you wound up, not where you were headed all along.

I haven’t been watching Showtime’s Shameless from the beginning and, until now, I’ve never even really written about it. But in this overheated winter in which new series are instantly ripped apart like carrion by fans and critics alike — we are a nation of TV zombies now, “meaning” and “resolution” our bloody organs — I’m finding its consistency comforting. There’s no high concept, no period details nor flashy twists. Adapted from a long-running U.K. series of the same name, Shameless is about the Gallagher family of Chicago, a foul-mouthed and fractious lot who eye sobriety and the poverty line with the same suspicious remove. The man in charge of telling their story is John Wells, an industry titan responsible for ER, among other beloved things. But recently his slow-percolating style has fallen out of favor. (There was nothing particularly sexy about his previous series, Southland. Its hook was that it was good.) With Shameless, Wells has smartly staked out ground on the cutting edge for his quietly optimistic, deeply humanist point of view. Though the circumstances on Shameless are often extreme, the focus is nearly always on the people, not the plot.

Though still packed with broad humor and a surprising warmth that belies the frigid setting, this season of Shameless has pushed three years of excess toward the inevitable breaking point. Deadbeat father Frank (William H. Macy) is on his deathbed, his liver finally calling it quits on an abusive relationship that’s spanned decades. And while the youngest of Frank’s kids are beginning to dabble with grown-up bad behavior (Debbie is siccing snakes on the “skank” who stole her boyfriend; Carl is robbing convenience stores with his crush from detention), it’s the older, more responsible Gallaghers who are coming undone. Eighteen-year-old Lip (Jeremy Allen White) is torn between the escape of college and the demands of home, while twentysomething Fiona (Emmy Rossum), long the family’s dependable bedrock, is suddenly in free fall. Only a few weeks ago, Fiona appeared to be upwardly mobile: achieving at her office job, canoodling happily with her yuppie boyfriend/boss. But on Shameless, bad decisions have even worse consequences: Fiona slept with her boyfriend’s addict brother, destroying their family and her relationship. To blow off steam from the breakup, she blew some rails in her kitchen. In “There’s the Rub,” the season’s most devastating episode, Liam, the youngest Gallagher, unknowingly ingested the coke, leaving him hospitalized and Fiona under arrest. Both are now back home, and while Liam’s nightmares won’t stop, Fiona’s are just beginning.

Last night’s episode, “The Legend of Bonnie and Carl,” wasn’t nearly as wrenching as “Iron City,” the hour in which Fiona was arrested, strip-searched, and tossed into a dank cell. At the time, I thought that episode was emblematic of all the things that make Shameless very good and occasionally close to great: the lack of sentimentality, the way the show never judges its characters. It merely chronicles their actions with great empathy and care. As Fiona, Emmy Rossum has been plenty naked in the past, but this was something else entirely: She was exposed, humiliated. What’s worse is that she very likely deserved it. (Onscreen, Fiona blamed her self-destruction on a lack of self-worth. But I wondered if there was something else to it: that a woman who never had a childhood was suddenly rebelling against her ill-fitting straitjacket of adult responsibilities.) Pity is a nonstarter for the Gallaghers, and thank goodness. In the wrong hands, Shameless could easily sink into poverty porn, the “nobility of the working class” and all that. Life is ugly for these characters; Shameless, to its credit, makes no attempt to pretty it up.

“Bonnie and Carl,” lacked anything so dramatic. It was a connector episode, moving the pieces, advancing the story. And yet the more I think about it, the more I think that sort of unglamorous TV-making is what Shameless truly does best. All of the show’s spinning plates were whizzing: Debbie was snake-handling, and Lip was balancing the organizational acumen of his new girlfriend (an OCD math major, she’s got his life broken down into five-minute increments, including time for bathroom breaks and blowjobs) and the bad-idea allure of Mandy, his old love. Ian, back from the Army, is becoming increasingly unhinged, though neither his siblings nor the show have much time or patience to look into it. While ponytailed brotender Kev is pining for his firstborn son (his mother-in-law took him; it’s a long story), closeted gangster Mickey is busy ignoring his. It’s remarkable that a show so devoted to mining laughs out of parental neglect never loses sight of the bruises it leaves behind — and the way the cycle repeats itself in the worst possible ways.

William H. Macy was plenty good in the past as he raged against the dying of the light, but now that his character is just plain dying he’s taken his performance to another place. (When I had him on my podcast he talked about how his dramatic weight loss and grim makeup scared people in real life. Now I see why.) It’s just a shame that Frank’s descent has left him on the margins of the show, shacked up at crazy Sheila’s house with only a mystery daughter (Emily Bergl) to care for him. His isolation is a symptom not of liver failure but of the mid-period creep that settles in to many long-running series. After three seasons of high living, Frank had to be brought low. But unlike more meticulously planned contemporary shows, Frank’s death or rebirth or whatever it is that comes next isn’t the endgame for Shameless. The show isn’t “about” Frank’s descent any more than it’s about Ian’s go-go dancing or Vee’s deep love for Doritos. There are no conpsiracy theories to unpack, no landings to stick. Traditional TV is as messy as a Gallagher; sometimes story lines pop, other times they fizzle. Either way, it’s soon on to the next one. Besides, I don’t watch Shameless to find out what happens. I watch to see how it happens.

This is a very good thing in Frank’s case, since, with Season 5 already ordered, a miracle liver transplant is now as guaranteed as a well-poured pint at the Alibi. (Factor in Showtime’s tendency to let its shows run into dog years and Frank Gallagher will likely outlive us all.) Even so, when last night’s episode ended I found myself impatient for another in a way I haven’t been in quite some time. Television has turned us all into true detectives of late, scouring for clues and desperate for conclusions. Shameless is a welcome reminder of the passive pleasures that come from simply being a fan.

The Joys of Nelly on an Infinite Loop