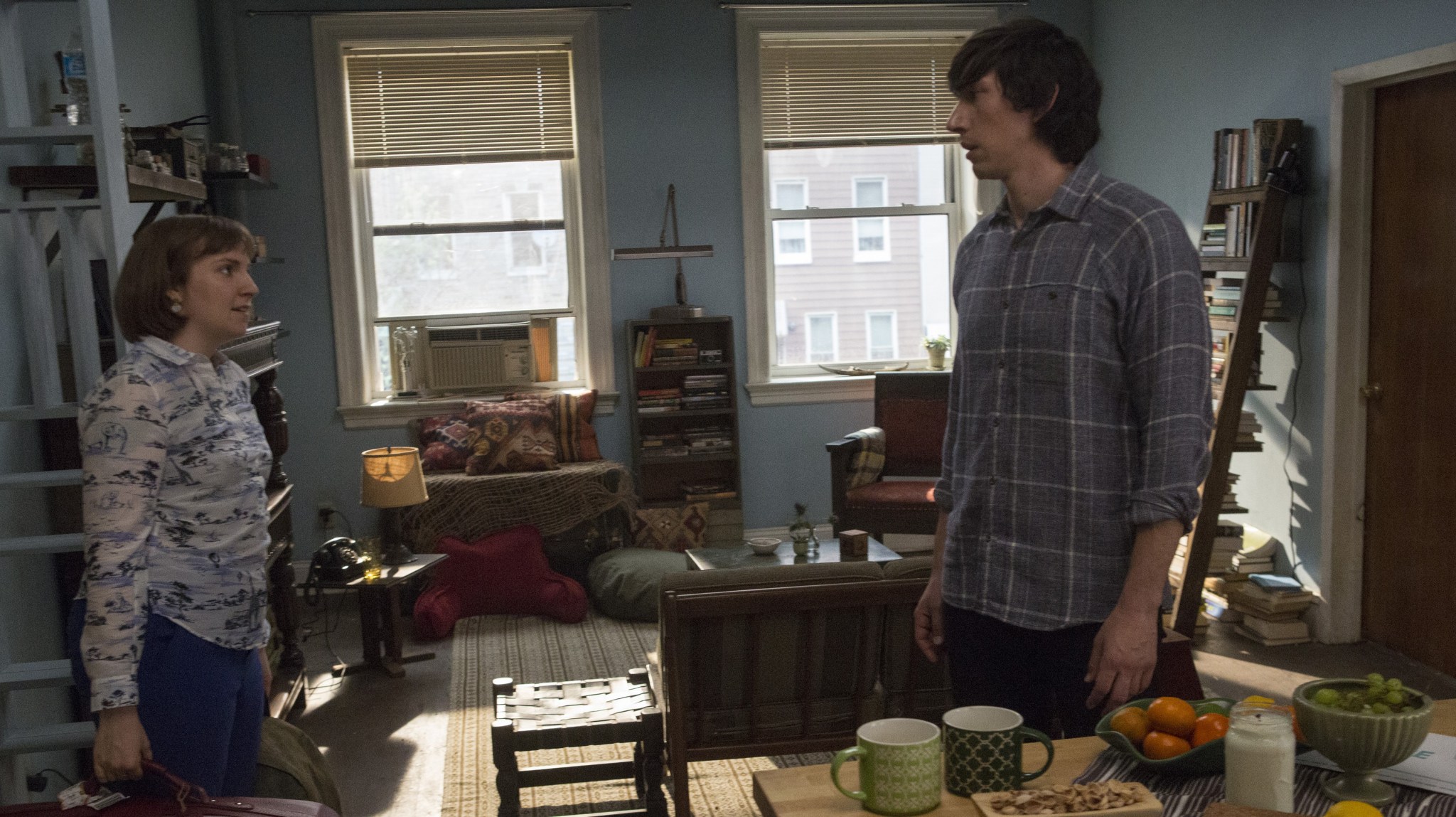 There have been plenty of times over the past few years when it’s been easy to forget that Girls is a television show. Let me be clear: I say this as a compliment. I’m not referring to the series’ outsize cultural footprint — the way the think pieces it inspires tend to outnumber actual viewers or the way its stars have become far more notable for what they do in their free time than when stuck on set in Bushwick. What I mean is that Girls, at its best, has flaunted TV comedy conventions and danced, wildly and madly, to its own private beat. There’s a theory that some subscribe to that argues that individual installments of a television series ought to be about as distinctive as chapters in a book. The strongest episodes of Girls, however, are the ones that have played like ripped-out pages: Hannah’s yuppie weekend idyll with Patrick Wilson, her hospital visit with a dying grandmother. These were stand-alone stories. Other than that the character names were the same, they could have been set in two entirely different universes. I prefer it when TV feels less like Lena Dunham’s ideal medium and more like the affordable car she’s chosen to get wherever it is she and her fitful muse are going.

Girls, though, is a television show. And as Dunham and her creative partner Jenni Konner have begun to embrace that reality, my own relationship with the series has suffered. The sorts of storytelling crutches that support more orthodox series (think: the easy and natural chemistry between protagonists) and the happy accidents that rejuvenate them (think: guest stars who wind up sticking around) don’t tend to work on Girls. If anything, these standard industry tools only weigh the show down. Until last season, I honestly had no idea that Hannah and Shoshanna were actually close friends. (Why do they even know each other, let alone hang out? Because Shoshanna was once Jessa’s cousin? Is that still canon?) Adam Driver was initially around only to serve as Hannah’s eccentric fuckbuddy in Season 1. The fact that his mannerisms were so odd and his acting so weirdly, wildly good forced Dunham and Konner to make him not just a series regular but a romantic lead. This has been intermittently good for the audience — I especially liked Adam’s long furlough on Staten Island with his karmic opposite, Alex Karpovsky’s phlegmatic Ray — but a strange, deadening sort of anchor for the free-flying series. The more Girls has angled itself toward friendship and romance (ironically, the exact things all of those clamoring for a millennial Sex and the City back in 2012 were hoping for), the clumsier it’s become.

This struggle, between the pragmatic realities of TV and Dunham’s more idiosyncratic art-house ambitions, has been prominent in Season 4. The premiere, in which the four lead Girls gathered at a jazz brunch to live-subtweet Marnie, was particularly problematic. The targets were pillow-soft (noisy kids at hipster eateries has been a thing since Dunham was herself a noisy kid at a hipster eatery). Worse, the unfamiliar sight of the entire cast sharing the screen resulted in more confusion than pleasure. How to track the undefined relationships between all of these disparate figures? How to reconcile the wild tonal shifts between fringe and bedrock characters? (Rita Wilson, as Marnie’s mom, feels bused in from a much broader farce.) The only person to pop in these heightened, sitcommy circumstances was Andrew Rannells’s spiky Elijah. It was hard to shake the feeling that, if given the chance, Dunham might reboot the entire series with characters better suited to developing together. Actually, it was hard to shake the feeling that she wouldn’t have just preferred to start again with a buddy comedy devoted solely to the misadventures of Elijah and Hannah.

Which is basically what happened in Iowa, if you think about it. And while the scenes of Hannah and Elijah diving back into undergraduate life with all the gusto of a professional Jell-O wrestler were fun, they only underscored the digressive divide at the heart of the show. While Hannah was meta-struggling with Dunham’s very real demons in class, Marnie and Jessa were stuck with far less interesting story lines, like breaking up relationships and pissing in the street. I always liked and admired Girls for its chaos, the sense that anything could happen at any time. It was a show about the messy business of becoming — an artist, a woman, an adult. But at a certain point, all that potential has to translate into something. “Nowhere to grow but up” is how the season’s promotional posters put it. My worry was that someone seemed to be forgetting a far less appealing direction.

Thankfully, last night’s episode suggested not just a newfound creative peak for Girls but a much needed maturity as well. “Sit-In” was the strongest episode in nearly a year. Better, it wasn’t an outlier in the way previous highlights had been. It was a taut half-hour constructed atop three and a half seasons of teetering plot; it skillfully weaved together a half-dozen seemingly irreconcilable loose threads. The direction, by the great Richard Shepard, was inconspicuous and exact. The detail in the script was precise and often hilarious: the way Mimi-Rose Howard (“That’s not a name! That’s just a woman’s name and a man’s name with a flower stuck in the middle of it!”) was allowed to be both dignified and ridiculous (a “cold-pressed juice”!), the references to Hannah’s love of bed and her deep misunderstanding of Rubik’s Cubes. Every character was given a much-needed spotlight to reboot both themselves and their relationship to Hannah. Shoshanna was well-meaning but trite; Jessa was a worldly asshole. It was especially revealing to see the way Ray and Marnie’s genuine empathy was smudged with the unavoidable fingerprints of ego. Ray makes bacon because he, unlike the local community board, is a good guy. Marnie ignored Hannah’s multiple distress calls because she was “woodshedding” in pursuit of real art.

“Sit-In” also provided Dunham with her finest showcase to date as an actor. In every scene it was possible to observe the collision between the worldly grown-up she aspires to be and the hurt, self-centered kid she so often is. There was a sort of radical honesty to a lot of the advice Hannah received: that she needed to let Adam go; that she was the one who left; that decisions, be they impetuous or prestigious, have real and lasting consequences. Dunham played this slow-dawning realization with dignity and aplomb. It helped that she was matched, scene for scene, by Driver. Though he’s now been freed to do business in a galaxy far, far away, his stepping back leaves Girls in the strongest place it’s been since the first season. When Adam answered Hannah’s heartbreaking final question — “Do you love her?” — his trademark lack of affect (“I don’t know yet”) played like empathy, not another uncomfortable joke. This was Girls ripping off an emotional Band-Aid and not flinching at the state of the wound.

The passage of time raises the stakes for both people and television shows. Last night, Girls took a much-needed step toward embracing its responsibilities and addressing the missteps of its noisy youth. It was more than a show acting its age. It was owning it. And that makes all the difference.