Peter Mayhew, the One and Only Chewbacca, Is Doing ‘Episode VII’ 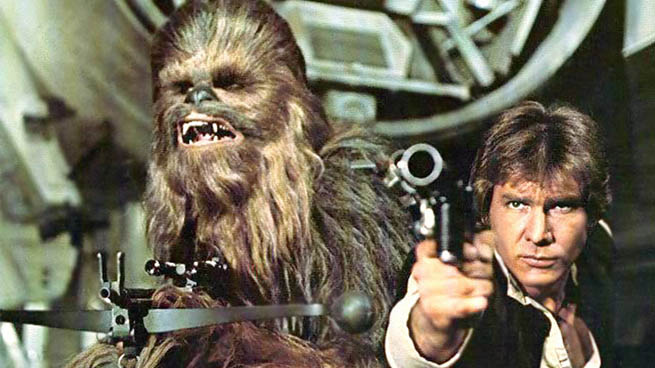 The almost-70-year-old Peter Mayhew is returning to Star Wars to play Chewbacca in J.J. Abrams’s Episode VII, according to The Hollywood Reporter. This is probably the first in a chain of events in which Harrison Ford gets confirmed (because Chewie without Han? C’mon), then Carrie Fisher (’cause Han without the one he said “I know” to? C’MON), then Mark Hamill (who was never not going to do these new movies). The casting might also explain why Mayhew shared all those nostalgic behind-the-scenes snapshots of the original trilogy in January.

Game of Thrones’s Season 4 premiere scored “roughly 6.6 million” viewers, making it HBO’s most-viewed program since the 2007 finale to The Sopranos. (That one reeled in 11.9 million people.) And while we’re here, let’s talk about this three-minute video featuring all 5,000-plus onscreen deaths in the show so far. Seven hells!

Captain America’s return has been set for May 2016. Will he be the first Marvel hero to get a movie after Avengers: Age of Ultron?

Important rumor: Chiwetel Ejiofor as the next Bond villain?

I don’t think you want to hear this one, but: The Goonies sequel?

How I Met Your Mother fallout continues: The final season’s DVD will feature an alternate ending, and the show snuck the mother’s name into a Season 1 episode.

The Human Barbie is very real and very much written about at length in the new GQ.

Here’s a silent-movie-style video for the new Coldplay.

British TV presenter Peaches Geldof has died at age 25. Her death is currently “being treated as unexplained and sudden.”

Benedict Cumberbatch will play Richard III. Unlike his upcoming England-only stage performance as Hamlet, this’ll be filmed for BBC Two, so you might get to see it.

Saul Williams is your Broadway Tupac.

And now, a teaser for Damon Lindelof’s The Leftovers, a.k.a. Rapture Time!
https://www.youtube.com/watch?v=tGjWr0K85S8