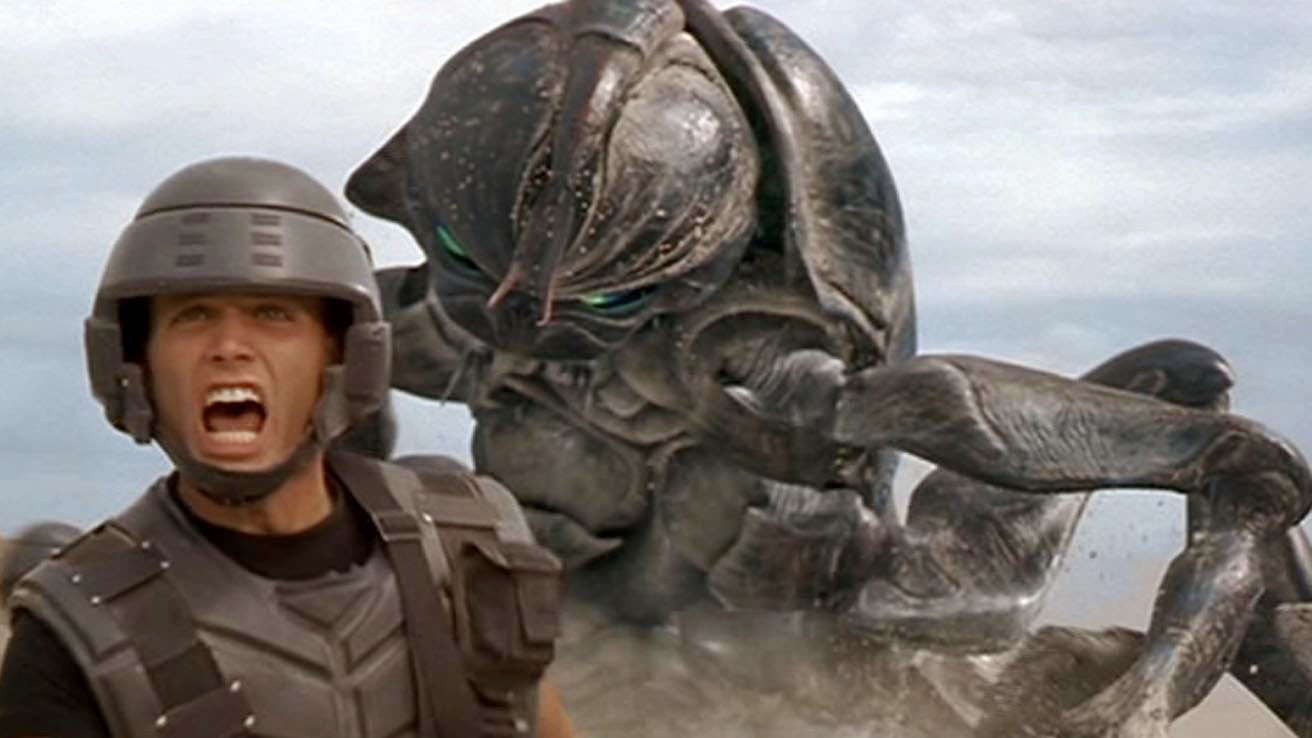 Bragging Rights is a series with a single goal: to determine which member of a cast, a team, a band, or a presidential cabinet is killing it the most, years later. Grantland writers will take turns giving their take on who has the bragging rights from the posse of their choosing. This week, Holly Anderson looks back at Starship Troopers.

Paul Verhoeven’s 1997 big-screen adaptation of Starship Troopers has produced two straight-to-video sequels, a cartoon show, a TV cartoon movie, and now maybe a TV show again. This is not the first time the possibility of a small-screen Troopers adventure has been dangled in the past few years, but it makes this a good time to look in on the Roughnecks and their military frenemies. The fight to gain and sustain post-bug-battling fame is not a race. No, it’s more of a live-fire training exercise. Who will capture the flag, and who will let a teammate remove his helmet, leading to untimely death and flogging? You have reached the end of this metaphor. Would you like to know more?

Who Has Bragging Rights?

This is not a close race, but nobody further down on the pedestal should feel bad. Harris is as overachieving as an adult as Doogie Howser was in middle school, and is so talented on so many fronts that to keep pace with him in even one event should feel like an achievement. He had a starring role in a famously long-running sitcom, How I Met Your Mother. His hosting gigs have garnered him multiple Emmys, and so did guesting on Glee. He’s famous enough to cameo as himself in stoner comedies and hang with the Muppets. He does projects on every scale, from Internet larks with cool pals (Dr. Horrible’s Sing-Along Blog) to prestige films (Gone Girl). He won a Tony Award for his titular turn on Broadway in Hedwig and the Angry Inch. He has a spot on the Walk of Fame, the most literally bulletproof signifier of stardom. He has a cute husband and adorable twins back home, in a house that rated a spread in Architectural Digest. He also may be an ageless sorcerer. NPH could turn up on GMA tomorrow having won a gold medal in like archery or kayaking or something and nobody would question it. Ballgame.

It’s a silver sneak-up for Gilliam, who plays Sugar Watkins in ST. That’s a secondary role, but while Gilliam started from near the back of the pack in the Roughnecks power rankings, in the years since the film he’s gotten up a head of steam and blown past most of his castmates. You don’t remember him being the guy who gets to yell “RICO’S ROUGHNECKS”? That’s OK. He’s been busy doing stretches on Oz, Teen Wolf, and The Walking Dead, in addition to his 60 credited episodes of The Wire as Ellis Carver. He’s doing just fine without your say-so, thanks.

Another one from the back of the pack! Norris is missable in Starship Troopers, a gruff guy in uniform credited merely as “Commanding Officer” and surpassed in onscreen grump time by both Michael Ironside and Clancy Brown. It’s a lot to compete with in the space of one film, but in the years since, he’s gone beyond guesting in this procedural or that one, playing this cop or that military man, and landed in one of this century’s most recognizable cultural touchstones, playing Hank Schrader on Breaking Bad. Coming off that, he swiped a role that cosmically should’ve gone to Brad Leland, that of Big Jim Rennie on Under the Dome, and — I was going to finish this thought, but I have to level with you: Dean Norris was never going to be beaten to this spot on the podium. He was on the Tremors TV show, playing “W.D. Twitchell,” and that counts for a lot around here. Probably more than it should. Fight me.

Strong’s post-ST CV stands on its own, with runs on Seinfeld, Sports Night, 7th Heaven, Everwood, and Dallas, but I admire her most for her slot on Desperate Housewives, where she got to be a part of so very many episodes, but due to her character being dead for most of the series, rarely had to put on makeup or wear anything but pajama pants to record her voice-overs. That’s the life right there. The blog life. She’s one of us! Strong doesn’t have a whole lot of upcoming projects listed, so let us offer a suggestion: Maybe try some kind of soothing-yet-authoritative narration on a Discovery series, like Sigourney Weaver did with the American Planet Earth? She’d be good at it. And again, pajama pants.

Like Norris and Ironside, Brown really just has to show up and look mean to collect a paycheck, and I defy you to name an animated series to which he hasn’t lent his singular pipes. Clone Wars! Phineas and Ferb! Justice League! SpongeBob! Not to discount his excellent work on Carnivàle and Sleepy Hollow and current run on The Flash as General Wade Eiling, but it’s his character title in Hulk and the Agents of S.M.A.S.H. that gives him a leg up over Ironside here. How often do you get to put “Red Hulk/General Thunder Lizard Rossasaurus” on your résumé?

Cons: Verhoeven hasn’t had a movie out since 2012. Pro: Consider that for Verhoeven, Starship Troopers capped off a decade-long run consisting of RoboCop, Total Recall, Basic Instinct, and Showgirls. He won a Razzie for that last one, which he famously accepted in person; personally upped the creep factor of Hollow Man with a director’s commentary track you’ll never forget, so best not to listen to it (“For this scene, we had to digitally animate the breast”); and eventually headed back to his native Netherlands, where he scored a BAFTA nomination for his WWII film Black Book. And if you would like to read a book about Jesus by the director of Showgirls, that option is available to you. What more do you want from Paul Verhoeven, seriously? Can he live?

Van Dien’s career is a jewel with uncountable facets. It takes a singular breed of human being to marry into royalty, cast the whole family in your own production of another famous fairy tale, and make time for SHARKTOPUS VS. WHALEWOLF. He’s also big into tornadoes, appearing in both Christmas Twister and Fire Twister, and just when you think that achievement can’t be bested …

Enter Muldoon. Who has four movies on the way with “Dog” in the title, playing different characters in each one, one of which (A Dogwalker’s Christmas Tale) reunites him with fellow ST alum Dina Meyer! Bow down.

Artisanal Macho: The Clash of Action Stylings in ‘Avengers’ and ‘Mad Max’