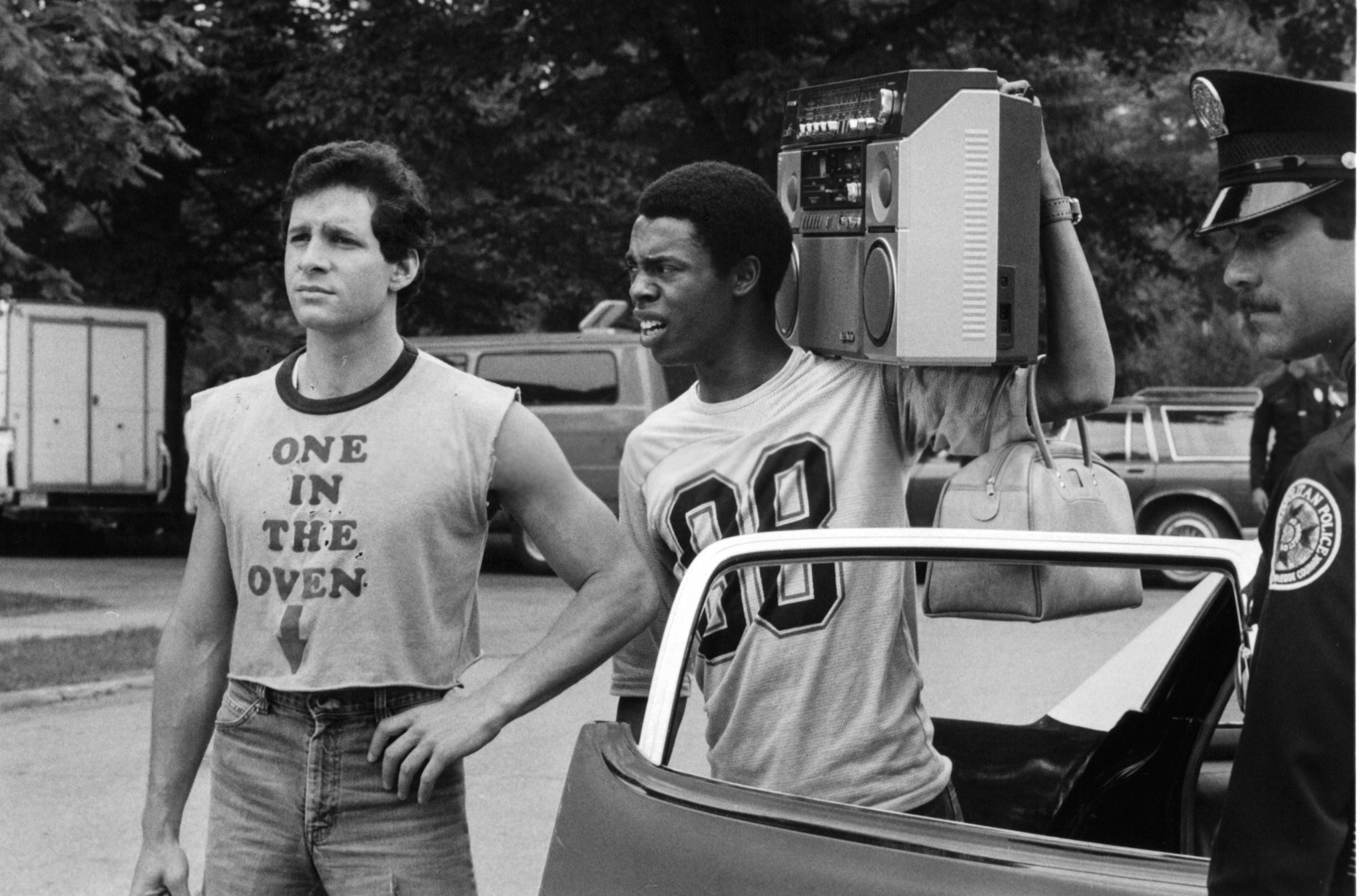 Bragging Rights is a new Grantland series with a single goal: to determine which member of a cast, a team, a band, or a presidential cabinet is killing it the most, years later. Grantland writers will take turns giving their take on who has the bragging rights from the posse of their choosing. This week, Dave Schilling looks back at the first film in the Police Academy series.

Think of the Police Academy series as a black hole in outer space. There are stars all around it, and anything that enters it is sucked into oblivion, never to be seen or heard from again outside of the parallel universe of Netflix and basic cable reruns.

If you can somehow manage to escape the crushing gravity of gay-panic jokes and poorly executed slapstick, you get spit out decades in the future when everyone you know is older but you’ve stayed the same age. Only the strong can survive to collect their coveted bragging rights.

Nabbing the love interest role in the Police Academy franchise is not a death sentence. In fact, the roster of female leads from the series includes Cattrall, Sharon Stone, Claire Forlani, and Mrs. Wayne Gretzky herself, Janet Jones. If your hands are burning right now, it’s because that murderer’s row of talent just set your computer/tablet/phone/PalmPilot on fire.

Of all the Academy Girls (kind of like Bond Girls, but 100 times more sad), Cattrall, being the first, found the most success after her term in the Metropolitan Police Force. She parlayed her work in Police Academy into a role in the classic 1987 love affair between an Egyptian princess trapped in a plastic dummy named Emmy and an American actor trapped inside a plastic dummy named Andrew McCarthy — a little film called Mannequin. She was also the female lead in Big Trouble in Little China, but she’ll always be remembered as the iconic Samantha on HBO’s Sex and the City.

Police Academy might actually be a better movie than Sex and the City 2, but Kim’s take-home pay was certainly a lot bigger for the latter. I could probably live a comfortable life in a nondescript Midwestern college town on all the residual checks Cattrall doesn’t cash.

Also, props to Cattrall for playing Vulcan navigator Valeris in Star Trek VI: The Undiscovered Country. That role is the reason why I secretly draw Spock ears on all the photos of my wife.

Three Men and a Baby. Cocoon. Short Circuit. Zeus and Roxanne. P.S. Your Cat Is Dead! Mojave Phone Booth. You know the name. You know his work. Actor, producer, director, published author, and allegedly well-endowed nude jogger. He is the Bryan Mills of film comedy — homeboy has a special set of skills, and most of them involve making you laugh. Ladies and gentlemen, give it up for Guttenberg!

It was hard to put him second, and I did only because Hollywood has denied his talent for the last 20 years. Guttenberg could do so much with so little and possessed a Steph Curryesque range when let loose in a movie. He could go full nebbish or he could play the rogue. Even if he got lost in a mediocre-to-terrible film (which is 90 percent of his IMDb page), he could pull out that winning smile and kinda almost win you back. I dare you to watch that montage of shirtless clips from Cocoon and not start swooning after 30 seconds. I’d take a lazy Guttenberg performance over anything C. Thomas Howell did any day (except for Soul Man, because he pulled off blackface. Talk about a challenge!).

Guttenberg has a role in the upcoming History miniseries Sons of Liberty and the Syfy movie Lavalantula (in which spiders that spit lava invade Los Angeles), so it might be time to jump on the Guttenbro bandwagon. Could a call from career resuscitation artists like Paul Thomas Anderson or Christopher Nolan be far off? I’ll let you be the judge.

I almost gave these guys the gold, but that seemed a bit like cheating since bragging about being a writer in Hollywood is like bragging about being morbidly obese in Wisconsin. The top prize should go to someone who actually had to show their face in this movie, but there’s no question that Israel and Proft deserve a lot of recognition for creating a multimillion-dollar multimedia franchise out of a shameless Stripes ripoff. The same year that Police Academy came out, Israel and Proft wrote (with direction from Israel) the Tom Hanks hit Bachelor Party. Israel also executive produced the Johnny Depp vehicle Finding Neverland, which was nominated for Best Picture in 2004. Like Cattrall and director/cowriter Hugh Wilson, Israel and Proft bid a fond farewell to the franchise after the first installment and never looked back. Brag on, braggers!

In 1984, Wilson was already well known in Hollywood as the creator of WKRP in Cincinnati. He also cowrote the Burt Reynolds–Hal Needham NASCAR comedy Stroker Ace the year before. After hitting big on Police Academy, Wilson went back to TV and created unsuccessful starring vehicles for Jon Cryer and WKRP alums Tim Reid and Loni Anderson. His feature film follow-up to Police Academy, the Whoopi Goldberg comedy Burglar, bombed, but he rebounded in the 1990s with Guarding Tess (which nabbed Shirley MacLaine a Golden Globe nomination) and The First Wives Club.

I just found out that Winslow and I were born in the same town — Spokane, Washington. Sharing a birthplace with the human beatbox himself is as humbling as you’d think it would be. My chances of being the most successful person to be born in Spokane are pretty slim. Not only am I competing with Michael fucking Winslow, I also have to contend with Cubs legend and Hall of Famer Ryne Sandberg. This is the Sound of Settling.

Every epic tale needs a classic villain, and Lieutenant Harris is the Joker to Mahoney’s Batman. His job was to suffer, and suffer he did. Watching Harris spray Mace in his armpits or get his lips glued to a megaphone just never, ever stops being funny (when you’ve taken way too many painkillers).

Bailey might have been only second to William Atherton for 1980s comedy hateability. He was once again Guttenberg’s dark mirror in Short Circuit, starring as the odious Captain Skroeder, then reunited with Cattrall as the dastardly Felix in Mannequin. He even played a corrupt cop in Wilson’s Burglar. Enjoy playing Six Degrees of G.W. Bailey at your next Police Academy–themed cocktail party!

Most recently, he finished a run on TNT’s The Closer and then transitioned to a role on its spinoff, Major Crimes. I’d hazard a guess that ol’ G.W. is wondering when he’s getting the call for Lavalantula 2.

Somehow, this guy was able to work after starring in the above scene. When he wasn’t holding it down as Commandant Eric Lassard in Police Acadamy 2-7, he popped up in an episode of Sliders, Wag the Dog, and Vanya on 42nd Street. Oh, and the Roger Corman Fantastic Four movie in the coveted role of “Professor.” Not even “Professor #1.” Just regular-ass “Professor.”

Last year, Easterbrook was in something called Mr. Wang Goes to Hollywood. Soon, she’ll be starring in a film titled Beast Mode, which unfortunately does not star Marshawn Lynch. This summer, she’s reuniting with Guttenberg and Winslow for Lavalantula.

Don’t worry. Ramsey will be in Lavalantula, too.

Smith didn’t make the trip to Moscow for the final Police Academy film and didn’t make many more film or TV appearances before his death in 2011.

Sergeant Tackleberry was one of the few characters to appear in all seven films,1 so Graf was about as tied to the franchise as one could possibly be. But he still found great success as a journeyman TV actor, appearing on shows like Lois & Clark: The New Adventures of Superman, Martin, and JAG before he died in 2001.