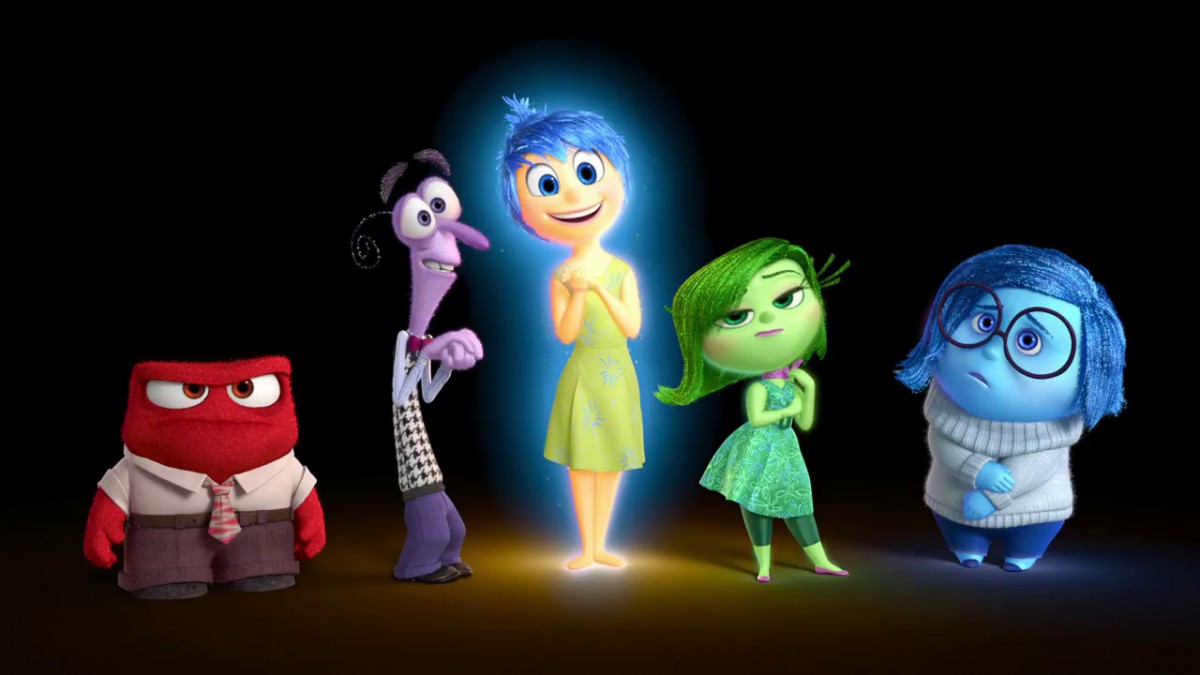 The closer you get to the water in this town, the more frivolous the sadness.

I lost my phone!

All of today’s Hollywood Reporters are already gone? It’s 10:15!

Looks like that Häagen-Dazs they moved off the Croisette three years ago is never coming back.

One source of trivial dismay is the crowd of civilian moviegoers who linger at the Palais looking for tickets. They make funny, handsome, earnestly beseeching signs that they hold up while wearing gowns and tuxedos. As you exit, they’ll ask if you have an invitation. This is my eighth Cannes, and they still get to me. Without a ticket, they are actually all dressed up with nowhere to go. I did have an invitation once, for Pete Docter’s Up. I gave it to the best-dressed woman I saw. She was convulsive with happiness, and so was I.

That all came rushing back to me because Docter’s new movie, Inside Out, premiered Monday, out of competition, and the beseechers were out in force. For more than an hour, in the very warm sun, I watched these shameless, sincere men and women hope for the best. No one received a ticket. They should take solace: The movie opens next month. There was something special about it. You haven’t quite lived until you’ve seen a packed theater of adult humans light up in the dark when the Disney logo hits the screen.1 The awe and applause were even louder for Pixar’s. I’ve never done that, and Disney actually pays me.

Whoever is willing to spend buckets of money on a movie that personifies the emotions of an American preteen girl can never be accused of taking no risks. The main characters are named Joy and Sadness and, in English, have the voices of Amy Poehler and Phyllis Smith (Phyllis from The Office). The plot is simple: After a move from Minnesota to San Francisco leaves the girl, Riley (Kaitlyn Dias), homesick, her emotional command center malfunctions, sending Joy and Sadness to Riley’s long-term memory, where they get lost, leaving Anger (Lewis Black), Disgust (Mindy Kaling), and Fear (Bill Hader) at the helm. Actual comedy does ensue, but only among the emotions. What happens between the girl and her parents mostly keeps a straight face.

I’ll write more when the film opens, but I wasn’t crazy about the film’s look. A lot of it has the aggressive brightness of radioactive candy. The darker, drabber colors, of this movie’s occasionally lifelike rendering of San Francisco, don’t have to strain to resonate. That seems strategic. This is the most thematically abstract American animated movie I’ve ever seen. The 8-year-olds, dragged by their parents, are going to need something to do. It’s as inspired, clever, and uniquely sensitive as the Toy Story movies and Up, but operating at a somehow higher degree of difficulty. The reductive cheap shots it could have taken at girls and their feelings are never attempted. I was expecting a fish-in-a-barrel satire. But Pixar and Docter don’t believe in guns. In Inside Out, their cleverest gimmick involves zooming into the command center of, say, the girl’s parents, presenting typical human characters’ internal monologues as the stuff of coffee klatches and man caves.

Even though it’s harmless, and this festival is ultimately as much (if not more) of a marketplace as it is an art paradise, sometimes you see something like a Pirates of the Caribbean movie on the schedule and you want to shake someone. But this year the out-of-competition Hollywood films, each the work of an auteurist, have shaken me. 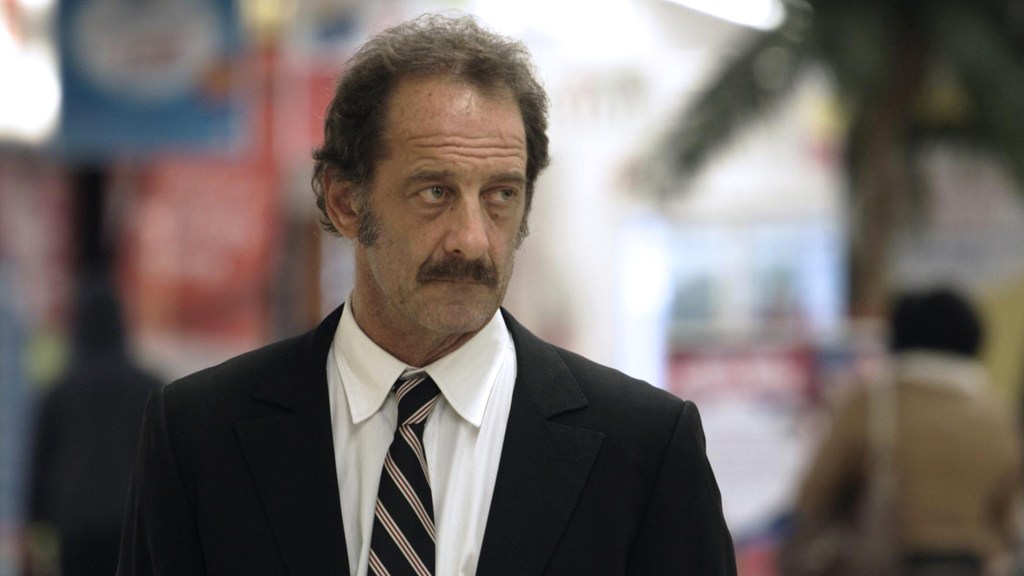 I went into that Pixar movie pre-shaken. I’d just seen The Measure of a Man. I’d say to set aside that title, except that the man being measured is the great masculine star Vincent Lindon. There might not be a tailor’s tape long enough to take him in. What’s being measured is entirely internal, anyway. He plays Thierry Taugourdeau, a former factory worker who’s been out of serious work for more than a year. The heartbreak and outrage of the movie involves his trying to argue his way back to employment and financial health. With unstintingly particularity, the movie trusts us to follow Thierry’s plight, if not the nuts and bolts of the meetings with, say, employment service managers and a financial planner.

He has a wife (Karine de Mirbeck) and a disabled son. He considers selling the family mobile home near the beach and makes a sound argument for not putting their full-time apartment on the market. We never hear him receive any good news, just appraisal, skepticism, insult, and dubious advice. Very quietly, the film damns a system that throws workers overboard and either dangles a lifeboat just out of reach or changes the definition of drowning. Eventually, Thierry takes a job working security at a department store, where the film’s critique reaches a moving pitch. The feeling of desperation can cast a powerfully dark spell that proves too much for the shoppers and employees — and for us.

The film’s director and cowriter, Stéphane Brizé, makes clever choices about how to structure this film, which is in the main competition. It’s in a league with both the Dardenne brothers’ realist portraits of the underclass and a small handful of gems that Laurent Cantet has made about being — and not being — at a job. Brizé devotes nearly every other scene to Thierry’s domestic life, where there is stress but no strife. There is love in that house, stability, and a tentative happiness. He and Karin take a dance class, and just remembering the small, embarrassed smile that comes over his face when the male instructor cuts in to suggest adjustments makes me well up. Thierry’s making lemonade.

Through it all, Lindon takes in every atom of every situation, every pointer, every negative word, considering what’s of value, discarding what’s not. This is one of the most sensitively shaded depictions of listening I’ve ever had the pleasure to watch. He’s playing the pressure, but his way: tense, cool. During a terrible Skype interview in one scene, I realized I wasn’t watching Lindon’s face. I was drawn to his hands, which are clenched so tight the blood goes out of them. With his rumpled good looks (big, tired eyes; chronic stubble; a small mouth that look in permanent want of a cigarette; here, a rusty mustache), Lindon has always looked like a man who has worked — as suits and thugs and cops. Some of the social tragedy’s echo comes from casting him as a man looking for work. Jake Gyllenhaal is on the jury, and I hope Lindon’s mountainous aggregation of little human details is something he’d be game to try. 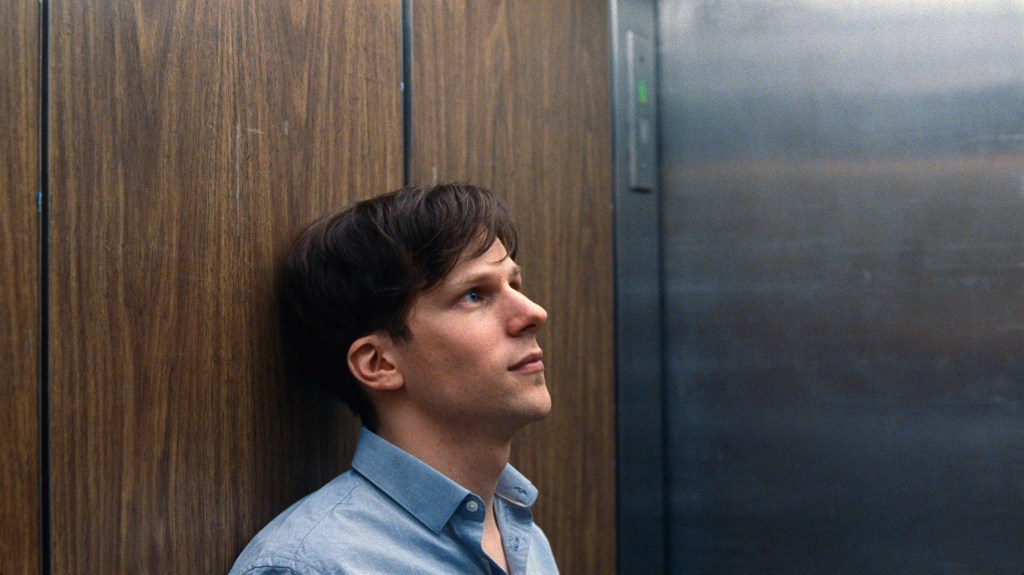 My Sunday night ended with another competition film, Joachim Trier’s Louder Than Bombs. It’s his third feature, his first in English. Trier is from Norway. His first film, 2006’s Reprise, was a film about sanity and success, and his second film was a finely etched portrait of addiction called Oslo, August 31st. This third movie is a bigger, more ambitious film than those. For an hour, when you don’t know where it’s going, it is wonderful in its meticulousness and attention to psychology, morality, and private magic. It, too, is a tale of recovery. An acclaimed photojournalist (Isabelle Huppert) died in a car crash two years ago. She is soon to be the subject of a Manhattan museum retrospective and a New York Times essay by a former colleague in the field (David Strathairn). The renewed attention reopens old wounds for her widow (Gabriel Byrne) and two sons (Jesse Eisenberg and Devin Druid).

The movie dances across chronology. It has ideas and curiosity about human behavior. It’s got Huppert finding a warm, maternal way to play an alluringly chilly woman and Eisenberg continuing not to mind using his intelligent demeanor to inflict slights. It’s fun and sad and formally beautiful. What it’s not is complete. After an hour, that not knowing where to put these people and ideas forces the movie into clichés to which it’s otherwise superior. When directors tells stories in or about a foreign country, you’re looking for whatever it is that made those directors special in the first place. Working in the U.S., Trier retains his rigorous fascination with human fallibility. He now just has to find a way to make his filmmaking less fallible. 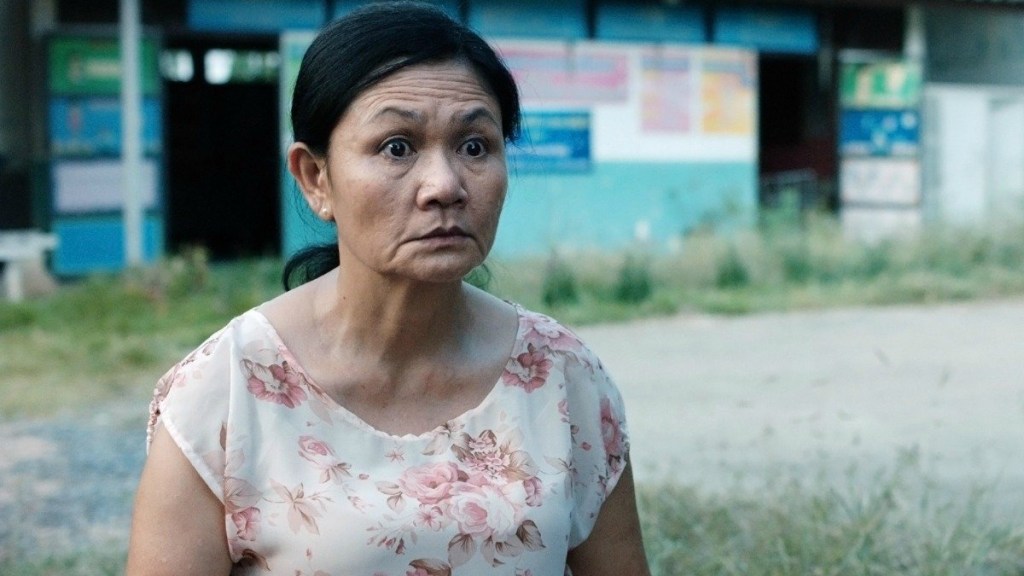 When this year’s lineup was announced and I noticed that the young Thai master Apichatpong Weerasethakul’s new movie hadn’t made the competition cut, I was bewildered. The Tim Burton jury gave his last movie the Palme d’Or! This place can be crazy like that. We often come here and complain that certain Un Certain Regard movies are simply competition films that have been wronged. That hasn’t been the case so far this year. But I don’t see why Apichatpong is here. His Cemetery of Splendor premiered here Monday morning; and, no, it’s not as great as his movies can be — it’s no Uncle Boonmee Who Can Recall His Past Lives, Syndromes and a Century, or Tropical Malady. But it has its moments.

He makes humidly spiritual and intoxicatingly unknowable films. His romantic ellipses and anti-industrialism exceed Michelangelo Antonioni’s. Apichatpong has a sense of humor and a knack for sideways eroticism. He’s reinventing moviemaking before your eyes. Yet he makes no promises that you’ll “understand” all of what you’ve seen; he adheres to the covenant between a storyteller and his audience that what you’ll see will captivate you somehow. At his best, he rewards the mystery with a grand surprise. If a movie can be praised for being intensely aromatic, that praise should go to him.

The new movie is missing both the evolving structure and the narcotic quality of the others. It’s set in and around a country hospital, teeming with ghosts and goddesses and political phantasms. There are outdoor dance classes, beauty cream seminars, and fun with an unwittingly erect penis. There’s also more worry about the encroachment of industrial development — this time, it’s a fiber-optic cable outfit — and a tacit reckoning with Thailand’s military history.

Cemetery of Splendor is Apichatpong’s funniest, most mirthfully obscene film, and the first built almost entirely around a single performance, that of Jenjira Pongpas, an Apichatpong regular, who here gets around on a set of braces and whose face is the source of most of the comedy and eventual dismay. Nonetheless, Apichatpong still has the power to make you feel you’re dreaming when you’re wide awake, to make you wonder where you actually are. But by his own standards, you want more to look at, to feel. Second comings are important to Apichatpong’s movies — to this one, too. This one seems like his past films reincarnated, but only partially and not enough. That said, the concerns of the soul in Cemetery of Splendor are vivid. With him, especially here, you’re always powerfully aware that physical states are temporary, sometimes hilariously; that we’re always becoming someone or something else; that we are yet we aren’t.

In that sense, it’d make a fine double bill with the evolving micro-emotions of Pixar’s movie. This one’s Outside In.