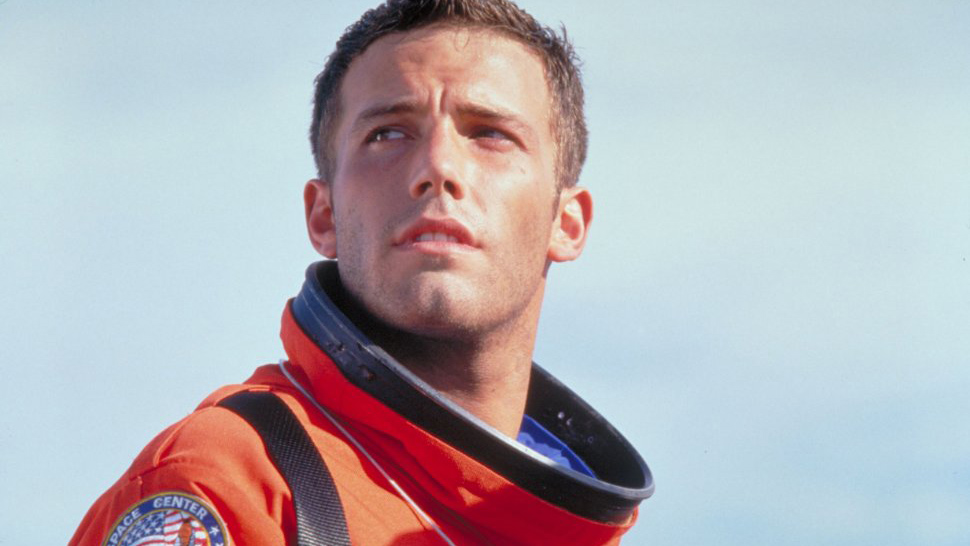 Bragging Rights is a new series with a single goal: to determine which member of a cast, a team, a band, or a presidential cabinet is killing it the most years later. Our writers will take turns giving their take on who has the bragging rights from the posse of their choosing. In the third installment, Katie Baker takes a look at one of the seminal creative works of our time, Armageddon.

Armageddon was one of the most nominated movies at the 1998 Razzie Awards, competing with films like BASEketball, Spice World, and Barney’s Great Adventure for achievement in being the worst. And yet it has its defenders: The film is also no. 40 in the film-snob canon Criterion Collection, complete with an accompanying essay by a film studies professor hailing Armageddon as “a work of art.”1

Over the years, the big-budget story of an asteroid on a collision course with Earth and the lovable oil-rig roughnecks tapped by NASA to do something about it has become its own shorthand. Armageddon means explosions, it means ’90s Hollywood, it means emotional manipulation — “That man’s not a salesman. That’s your daddy” — and it means that unholy union of Jerry Bruckheimer and Michael Bay.

Armageddon makes people roll their eyes. “Movie isn’t actually the best word to describe ‘Armageddon,’” wrote Janet Maslin in the New York Times in 1998. “More accurately it’s a product, a feat of salesmanship.” But it has also brought so much joy to the world. That feeling when you’re flipping through channels on a lazy afternoon and happen upon Bruce Willis shooting at Ben Affleck? Nothing better. The movie is as improbable as it is predictable. It oscillates between explosions and animal cracker foreplay. It uses images of Americana that look more like the 1950s than the late ’90s. It is full of one-liner groaners and heartstring-tugging moments that are so obvious that you almost feel angry with yourself when you totally fall for them.

Armageddon, in other words, is Walt Whitman’s “Song of Myself” in cinematic form. It is large; it contains multitudes.

Look, I’m not thrilled to be awarding Ben Affleck a gold medal here; it’s not like his head needs to get any bigger. But Affleck exudes bragging rights. He is his character from Mallrats, his character from Dazed and Confused: a walking boast, an insecure braggart, a guy who won’t let you ignore him.

Affleck’s trajectory is well known. Armageddon was released during his first career peak, a period that included Good Will Hunting and Shakespeare in Love. He was perfect in 2000’s Boiler Room, which harnessed his jaw-jutting narcissism. Then came the run of films like Bounce — one of two movies, the other being Little Nicky, that I’ve ever walked out of — and Pearl Harbor and Gigli and the “Jenny From the Block” music video. (Can we take a moment of silence for Bennifer? What was that? That relationship may have ruined him worse than Jersey Girl did.)

And Daredevil. Ha ha, Daredevil, Affleck’s very own Aquaman. But it’s that flop that, in a way, has led to Affleck’s current status as Armageddon’s top alum. You can’t erase your past, but you can run from it, and becoming the next Batman is a pretty good point on the horizon to aim for. Right now Affleck is in the sweet spot: The movies haven’t been made yet, so he’s all potential energy; anything is possible. But it’s not all about the future. Affleck’s directorial turns have earned not just praise, but awards: His movie Argo won an Oscar for Best Picture, and Affleck earned a Golden Globe for Best Director. He earned, and aced, one of the most hotly anticipated roles of 2014 in Gone Girl. His favorite team won a Super Bowl, and his children are the most adorable. He’s even leapfrogged Matt Damon! All of this has given him plenty of reasons to brag in that dumb Boston accent of his. Watch out, Detroit casinos.

Just to knock the man down a peg, though, let me share this amazing anecdote that Matthew Dessem transcribed from Michael Bay’s director’s commentary on the Criterion Collection release:

I had him work out. We paid for a set of twenty thousand dollars of pearly white teeth—Ben’s gonna hate that story—uh, I always like low shots that kinda come right under your chin, just make you a little bit heroic, and he kinda had these baby teeth. So, uh, I told Jerry Bruckheimer, I said, “God, he’s got these baby teeth, Jerry, I don’t know what to do.” Jerry used a very famous star in a… plane movie that he replaced teeth with so, uh, he says, “We did it to him, why not do it to Ben?” So my dentist had Ben sitting in a dentist’s chair for a week, eight hours a day.

There, now I feel better.

As far as I can tell, Armageddon was the first screenwriting credit Abrams received after rebranding himself from “Jeremy” to “J.J.” The latter has since become a household name, and if you played a word-association game you’d get numerous answers. Abrams created Felicity and Alias; he has produced retreads of Star Trek and Mission: Impossible, and where Affleck has Batman, Abrams has Star Wars coming up.

His IMDb page is overwhelming and impressive, with a “Projects in Development” sidebar that is more substantive than most people’s entire careers. (My favorite is “Untitled J.J. Abrams Diamond Heist Project.”) He wears so many hats that his Wikipedia page contains a color-coded chart.

But his greatest achievement is also his Achilles’ heel. Everyone knows Abrams best from his plane crash/sci-fi/bananas show Lost, which was genuinely one of the great and impactful TV shows of all time. But that ending, man. That ending! That ending was worse than even Affleck’s darkest hours, and for that ending, Abrams loses out on the gold.

Buscemi is the true soul of Armageddon; his character, Rockhound, is a sarcastic sleaze with a heart of gold. (The first time Liv Tyler’s character got her period, she recalls, “Rock had to take me into Taipei for Tampax. And then he had to show me how to use them, Harry.”) He spends 100 grand on a stripper named Molly Mounds; he goes crazy while lost in space.

By the time he made Armageddon, Buscemi had already established himself as one of Hollywood’s most weirdly compelling and downright important indie actors; Reservoir Dogs, Pulp Fiction, The Big Lebowski, and Fargo were all on his résumé. A few years after his turn as Rockhound, he won critical acclaim and a whole heap of awards for his role in Ghost World. He has a thriving business as a voice actor.

But it’s been his work on the small screen that has really elevated Buscemi. He won a Golden Globe and several SAG Awards for his lead role as mob boss Nucky Thompson in Boardwalk Empire. He had small roles or guest appearances on a number of cherished programs — from The Sopranos to Portlandia to 30 Rock — and garnered Emmy nominations for all three.

And I mean, he’s Steve Buscemi. That face! No one else can flip the switch between terrifying and goofy, between sight gag and gravitas, the way he can. He truly deserves a spot on the podium.

To some people, Bruce Willis will always be Lieutenant John McClane; to some, he’ll be Joe Hallenbeck; to me, he’ll always be the voice of Mikey in Look Who’s Talking. Whatever your fancy, Bruce Willis will always have legacy bragging rights simply by virtue of being Bruce Willis. His Armageddon character, a tough-talking but opaque oil boss who ultimately sacrifices himself for the good of the universe, played off all his strengths. Lately he’s mostly appeared in sequels and ensemble films, but The Sixth Sense, Sin City, and Moonrise Kingdom are all highlights from the post-Armageddon era.

Wore a vial of Angelina Jolie’s blood around his neck two years after filming Armageddon; played a bad Santa and a president; had an unbelievably uncomfortable appearance on Canadian radio; is now in the TV version of Fargo. Thumbs-up all around.

If you can’t spot the guy at the table who loves to be all “Well, Deep Impact was really the better movie, and much more scientifically sound,” then you ARE the guy.

One of the few critics to issue a thumbs-up to Armageddon was David Edelstein, who had this to say about its leading lady: “Liv Tyler is a lollipop for the eyes but doesn’t speak, dress, or move like someone raised on a deep-sea oil derrick.” This is true, but this was also 1998: No one wanted Liv Tyler to do anything other than be Liv Tyler, the girl we all loved from her dad’s music videos, Empire Records, and That Thing You Do! Since then, she has bopped around a bit, never really generating too much buzz (with the exceptions of her parts in the flop Jersey Girl and the hit Lord of the Rings trilogy) and can most recently be found looking glum and being mute in HBO’s The Leftovers.

Quick, name Aerosmith’s only song to have reached no. 1 on the Billboard charts! That’s right, it was the slow-dance staple “I Don’t Want to Miss a Thing.” Aerosmith has had a few high points since then, most notably being part of the greatest Super Bowl halftime show of all time, but in general the band and Steven Tyler have reached that luxurious stage of their life cycle when they get to rest on their laurels, tour South America, and chill with Bob Kraft.

The anti-Affleck. Wilson’s only notable role pre-Armageddon (in which his “scariest environment imaginable” is my favorite line) was Bottle Rocket, as opposed to Affleck’s long run of films leading up to 1998. But while Benny was toying with career destruction during the early ’00s, Wilson was peaking: From 2000 to 2005, he was in Meet the Parents, Zoolander, Starsky & Hutch, Wedding Crashers, The Royal Tenenbaums, and The Life Aquatic With Steve Zissou. (In 2008 he was in Marley & Me, a human golden retriever starring alongside an actual one.) A suicide attempt in 2007 shocked those who knew him only through his happy-go-lucky roles, and while he has continued to make movies since then, he’s remained largely out of the spotlight. But recent reports that Zoolander 2 will begin shooting this spring in Rome are good news for his many fans.

She’s in the movie for only a brief moment, but the Twin Peaks and Seinfeld actress, who typically specializes in playing scary mamas, has a quick turn in Armageddon as a, um, beloved wife. “The person who finds [the asteroid] gets to name it, right?” asks Karl, the man who first notices the fireball in the sky. “I wanna name her Dottie, after my wife. She’s a vicious, life-sucking bitch from which there is no escape.” It was a short walk from there to Zabriskie’s dusty fundamentalist Mormon matriarch character on Big Love.

Has an IMDb page even more robust than J.J. Abrams’s.

Michael Clarke Duncan: Oh man, that baritone in the “Leaving on a Jet Plane” scene. Miss him every day.

This post was updated to remove an erroneous reference to Michael Bay directing Con Air. Simon West was the director.

How We’d Fix It: A Four-Step Recipe for Restoring ‘Top Chef’ to Glory