The True Measure of Friendship: CaCee Cobb, Lo Bosworth, and the Rise of the Reality-Era Second Banana 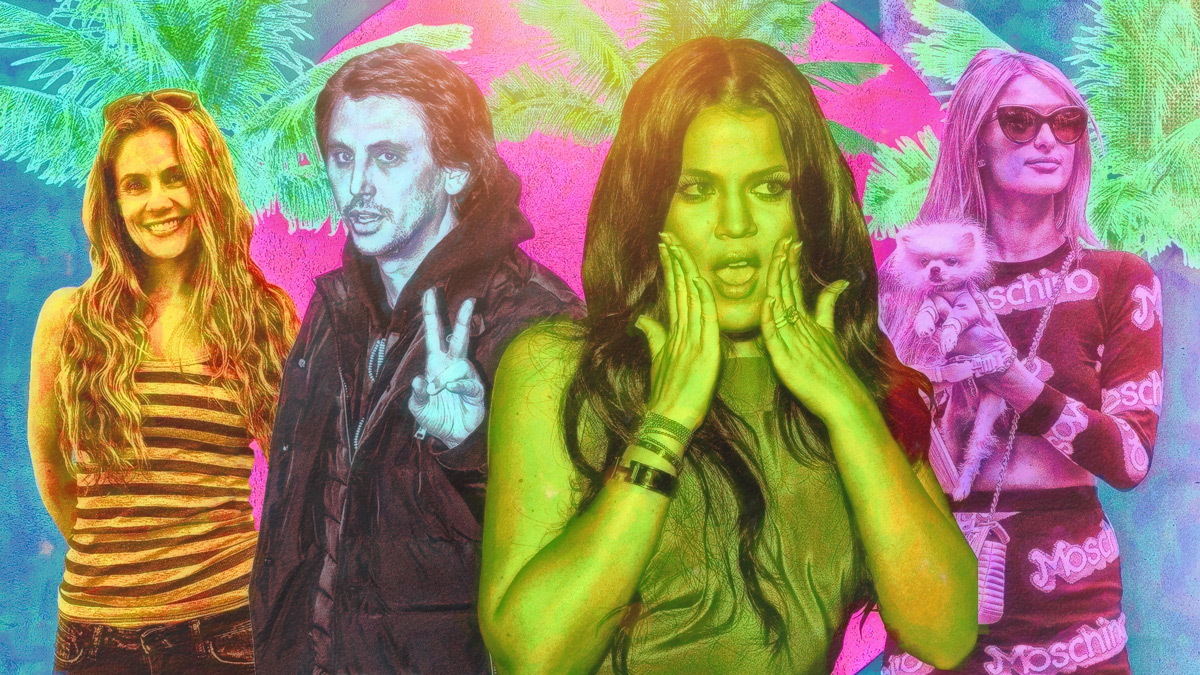 The second half of Season 2 of Newlyweds: Nick & Jessica begins with Nick Lachey and Jessica Simpson leaving a Circuit City. It was June 2004, and big-box electronics stores were an unimpeachable part of American life. The pair has a quick exchange about why Nick doesn’t open car doors for Jessica anymore. She sets him up by declaring, “At the beginning of our marriage, you were so eager to open the door for me.” Without missing a beat, he delivers the punch line: “At the beginning of our marriage, I got laid.” A happy-go-lucky jingle immediately starts playing, and we see a wide shot of Nick and Jessica’s house. They were a Lucy and Ricky for the turn of the century, though that NYC apartment was replaced with a Hollywood McMansion that could be mistaken for the model home on Arrested Development. At the time of this episode, Newlyweds had been on the air for 10 months and the value of Simpson’s naïveté and Lachey’s attendant exasperation was depreciating. They needed a disrupter, someone to change the dynamic. What did they do? They imported an Ethel. Jessica’s best friend turned assistant moved in from Texas. Her name was CaCee Cobb.

Even if you’re not a Newlyweds superfan, her name may be familiar to you. Thanks to her marriage to Donald Faison, Cobb’s name has remained in tabloid magazines and on celebrity websites over the past decade. Who would have guessed her relative fame would outlast Nick and Jessica’s marriage, as well as Ashlee Simpson’s pop music career? Cobb’s purpose on the show was to allow Jessica to show some range. For the most part, the narrative was constructed so that Simpson made Lachey seem exceedingly normal or sanguine by virtue of her own shortcomings. But CaCee allowed Jessica to seem like the wise one. With her best friend, Jessica could scold Nick behind his back or talk about life in Los Angeles from a place of authority. Finally, she had someone to set her up to deliver her punch lines and someone who didn’t know any better. CaCee was there to make her friend look good. It was a new side of Jessica — though, ultimately, CaCee was the real revelation. She arrived in L.A. and on televisions before we were familiar with her type — Entourage hadn’t even premiered yet. CaCee Cobb is a pioneer. She was the proto–celebrity best friend, a second banana for the reality TV era.

In the 10 years since CaCee arrived in L.A., the celebrity best friend has become an archetype on nearly every reality show that claims to chronicle the lives of the rich or famous. For example, The Hills had Lo Bosworth. The spunky friend we got to know on Laguna Beach returned to MTV in service of Lauren Conrad’s image. LC’s relationships with Audrina and Heidi were failing, and it seemed like she was constantly pouting, if not crying. So the show introduced a character to rehabilitate LC’s image. Lo, already enjoying a modest fame of her own, allowed Lauren’s sympathetic side to reemerge. And maybe even more important, she contributed a level of authenticity that The Hills lacked. For all of the obviously staged scenes, the show did not have to work hard to convince its viewers that Lauren and Lo were choosing to spend time together. Laguna Beach had done that work. If they stayed in on a Friday night to make dinner together, viewers wouldn’t wonder if the producers had prodded them to do so. Their scenes were free from the scrutiny that burdened the characters and the show itself — they were natural together.

Characters like CaCee and Lo have become staples of the reality TV economy, even as the genre has changed. In addition to their utility, actual friendship is still one of the most compelling relationships that these shows can depict. All the Housewives franchises become less interesting when new characters are imposed on existing friend groups. It’s hard to remember now, but The Real Housewives of Orange County was a fun watch in its early seasons because it was about a bunch of neighbors who lived in the same gated community. Their commonality was choosing a lifestyle that predated the TV show, as opposed to living in a way that the TV show dictated. Even on The Simple Life, the fun in watching was derived not just from seeing Paris Hilton and Nicole Richie embarrass themselves, but seeing how they did it together, too.

If there’s any franchise that understands the value of organic, supportive relationships on television, it’s Keeping Up With the Kardashians. It’s as if Kris Jenner spent years studying what makes a reality show successful and made sure to stock hers with the vital ingredients. Even though there are plenty of fake love interests and artificial plotlines, best friends abound. Kim may not be everyone’s favorite sibling, but she is undoubtedly the most famous, comfortably atop the Kardashian-Jenner family fame power rankings.1 She is surrounded by no. 2s. Khloe is the most obvious: She married a basketball player, too, but seemingly for love and not publicity. What was she thinking? That didn’t go well: She separated from Lamar Odom amid accusations that he is a crack addict. Now she’s dating a second-rate rapper (French Montana), while her older sister is married to Kanye West. Even if you hate Kanye, the dude makes good music. Khloe makes her sister look good, but not by being an available sounding board — she makes Kim look good by making worse choices, which would seem difficult considering that Kim skyrocketed to fame after a sex tape she made with Ray J surfaced. But Khloe is second to her sister because she’s not just an iteration of the reality TV second-banana archetype — she’s actually an iteration of Kim.

Kim also has companions outside of the family. She has Jonathan Cheban. He was moderately famous before Keeping Up for his work as a publicist for people like Puff Daddy. It’s hard to discern if Cheban does anything but support Kim now. He’s more sidekick than partner. But in the Kardashian world, where the celebrity-best-friend role is fulfilled by committee, he’s doing a great job. Recently, on the show, he was accused of leaking information about Kourtney and Scott Disick to the press. While this would likely be a gross betrayal on a different reality TV show, in this case it’s actually Cheban meeting his true potential as a hanger-on. He is fueling a story line, and, if the accusations are true, seeding rumors that keep the Kardashian name lucrative. He may be the ultimate servant in Kris Jenner’s universe.

Together, Khloe and Cheban do for Kim what a former Texas bumpkin used to be able to accomplish. Khloe’s love life remains an amorphous mess that the press tries to untangle, while Cheban regularly talks to Page Six to defend his friend. No matter how hard you try, these people will not let you forget about them. The plotlines develop over social media before we see them on television, and magazines like Us Weekly keep the stars relevant between seasons. Throughout, Kim’s power is ever-strengthening. Meanwhile, the notoriety of these supposed no. 2s is also on the rise. In the case of Cheban, being the best friend has allowed him to transition from celebrity adjacent as a PR professional to a celebrity in his own right. He even employs his own security guard! Donald Faison was CaCee Cobb’s vehicle to lasting name recognition, but had she come around a little later, she would have had the tools to build her celebrity on her own. Imagine all of the Instagrams she could have posted!

A reality star and her second banana live in a new kind of symbiosis. Cheban and Khloe have built careers from being in Kim’s orbit. These reality TV second bananas are no longer just servants. They exact their own hegemony. If Newlyweds resembled an unscripted sitcom, the genre has evolved into something more structured. With this new kind of programming comes a new kind of star. It’s tempting to say this crop of newly famous second bananas is fleeting, but Khloe Kardashian is still sitting courtside at Clippers games, even though she has no discernible occupation nor a famous husband. These new reality TV second bananas aren’t going anywhere. They’re only growing in stature. And we should be afraid.

Lowbrow Highlights: The Return of Bruno the Switch-Flipping Rage Monster