Second Banana Update: The Dumb, the Smart, and the Dumb-Smart Voting Issues of Day 1 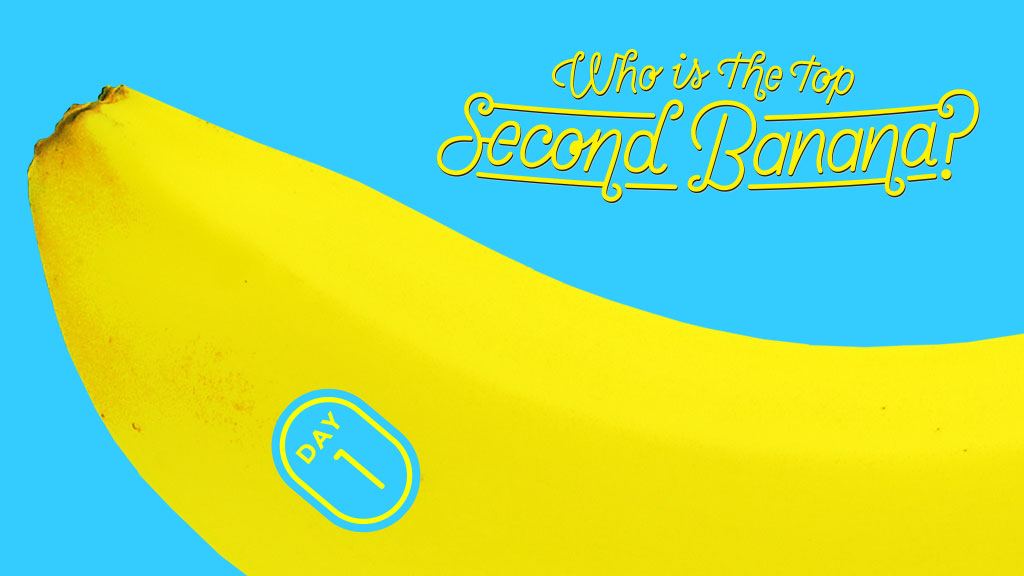 It’s already clear that Second Banana will be another roller-coaster of emotions, and I haven’t even had lunch.

Until this thing wraps up, with mustard hopefully washing out Canada in the championship bout, a daily, mid-voting update will appear with notes on a few of the notable matchups, from the controversially lopsided one that’s going exactly as it should, to the odd matchup that is understandably tight, to the decision that is completely wrong because you people are insane.

IF YOU THOUGHT THIS WAS GOING TO BE CLOSE, YOU JUST DON’T GET IT 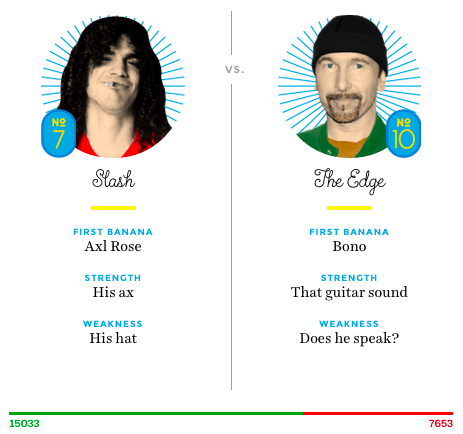 Guns N’ Roses are more culturally important than U2. Finally, it’s settled. Glad we could wisely end that debate on Grantland.com, the no. 1 site for knocking U2 out in the first round of things.

I COMPLETELY UNDERSTAND WHY THIS IS SO CLOSE, AND IF YOU DON’T THEN I DON’T UNDERSTAND YOU 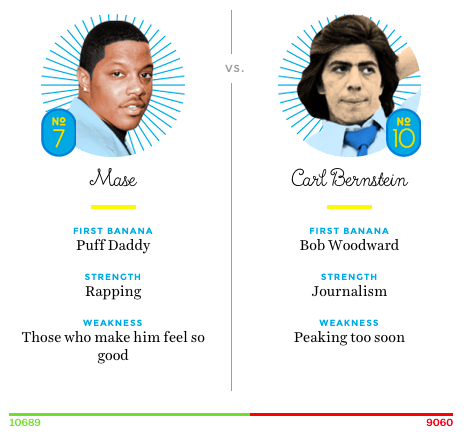 I wouldn’t be a writer were it not for All the President’s Men and I wouldn’t dance the way I do were it not for Mason Betha. So this is a highly emotional matchup for me and about 17 other people. I assume there’s a fair amount of “obviously Ma$e; who is Carl Bernstein?” and “obviously Carl Bernstein; who is Mase?” happening here. Which is sad. But also sad: life, especially one where both of them don’t get to advance. I am incapable of saying who I think should win. Sorry, I simply have equal respect for taking down Nixon and putting Harlem on your back.

HAVE YOU NO SOULS, YOU DISRESPECTFUL BASTARDS? 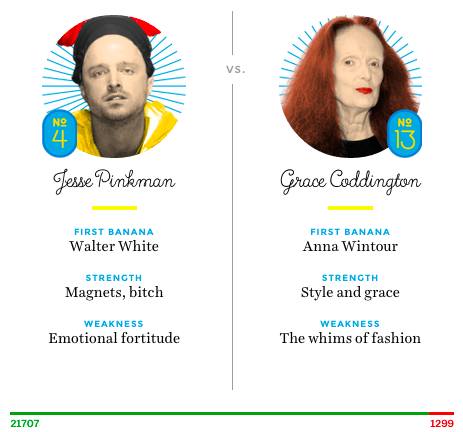 The fictional character on the left has over 20,000 more votes than Real Life’s own Grace Coddington. This is just rude. Of course Pinkman is going to win, but this margin of victory is disrespectful. Aaron Paul needs to go on Twitter and ask his fictional character’s faithful to throw some votes Coddington’s way. And if he doesn’t do that, may he be subjected to Need for Speed on loop for an entire evening.

NOTHING HAS EVER BEEN THIS WRONG IN THE HISTORY OF EVER 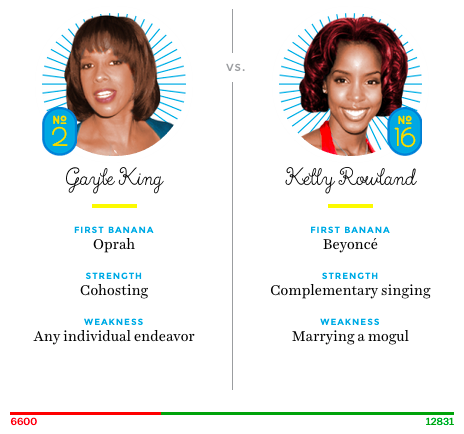 Gayle is the ultimate copilot. The ride-or-die. Yes, she had her own career before Oprah, and has continued to have her own career upon joining friendship forces with Oprah, but she’s never tried to out-Oprah Oprah. They only reason Kelly isn’t still trying to out-Bey Bey is because we, as a universe, picked Bey over Kelly. And like that, it was done.

If I may, I’d like to argue that Kelly Rowland isn’t even a second banana. She’s more of an assistant coach, waiting for her chance to take over. But unfortunately, the head coach has tenure, forever.

This isn’t a game. If Gayle loses in the first round, may I nominate “sapiens” as second banana to “erectus.” Don’t mess this up, sapiens.