Keith Richards Is Not a Second Banana: The Guitarist’s Conundrum 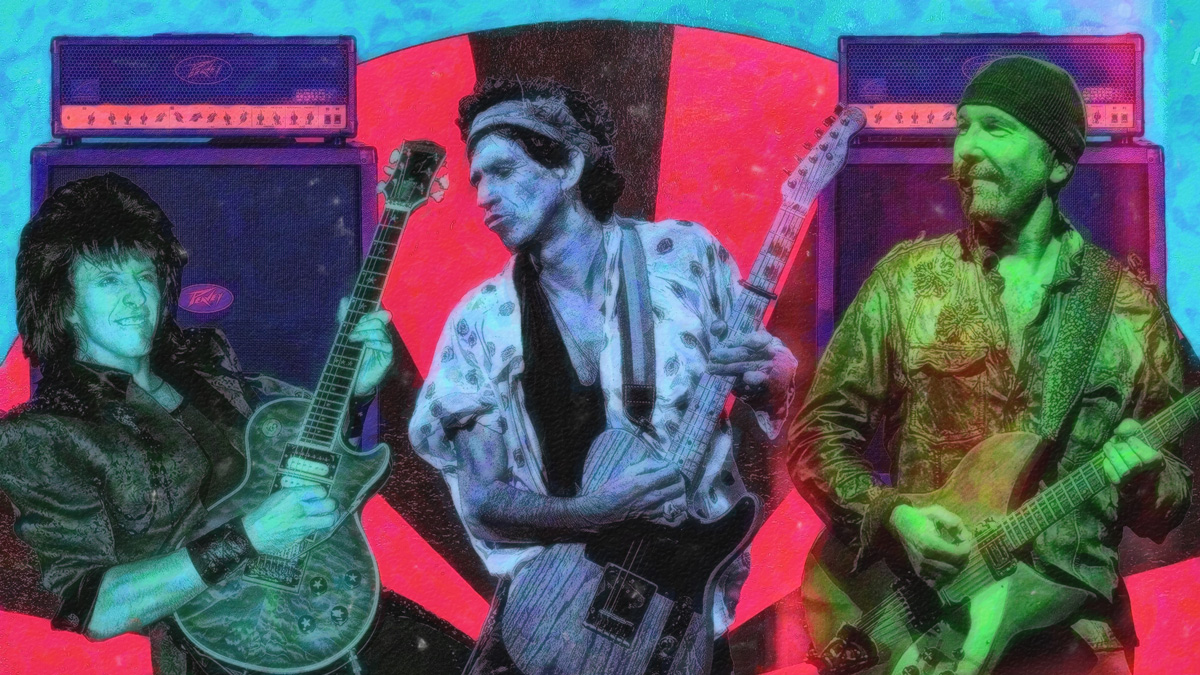 Keith Richards is not a second banana.

I’m annoyed that I have to argue this. But I will.

A fair-minded person who is knowledgeable about the history of the Rolling Stones would classify Keef as (at least) a co–first banana. Richards is responsible for much of the band’s most iconic music, and his lifestyle and fashion sense have defined the Stones’ aesthetic (as well as the overall aesthetic of rock) for decades. When the Stones were at their creative peak in the late ’60s and early ’70s, Keef was arguably the single most important force in the band. He’s the only one playing guitar (excepting this song) on Let It Bleed. (Keith is also the one playing that snaky bass line on “Live With Me,” because Bill Wyman is like the negative-27th banana in the Stones.) Sticky Fingers is a record made possible by open tunings and heroin, which means it’s a Keith record first and foremost. It was Keith’s idea to record Exile on Main St. inside a sweltering basement in the south of France; Mick hated the idea and thought the finished product was too noisy. Mick was wrong. Keith was right. Again.

In his memoir Life, Richards writes that Jagger was jealous of Keith’s other friends; the implication is that Mick wanted Keith all to himself. But Richards was never jealous of Jagger. He never clamored for his singer’s approval. Why would he? Consider the famous story about Jagger referring to Charlie Watts as “my drummer” during a band meeting in 1984. Later, back at the hotel, Watts calmly knocked on Jagger’s hotel room door, and when Mick answered, Charlie punched him in the face. The message was clear: Charlie Watts was nobody’s drummer. Mick Jagger was Charlie Watts’s singer.

If that’s how Charlie Watts responds to Jagger asserting his authority in the Stones, you get a sense of how Keith Richards rolls. We’re talking about a guy who openly refers to Mick as “Brenda” while denigrating the size of his singer’s penis. This is not second-banana behavior.

But, hey, if you want to disregard all of that, fine. All I ask is that you look at these two photos. 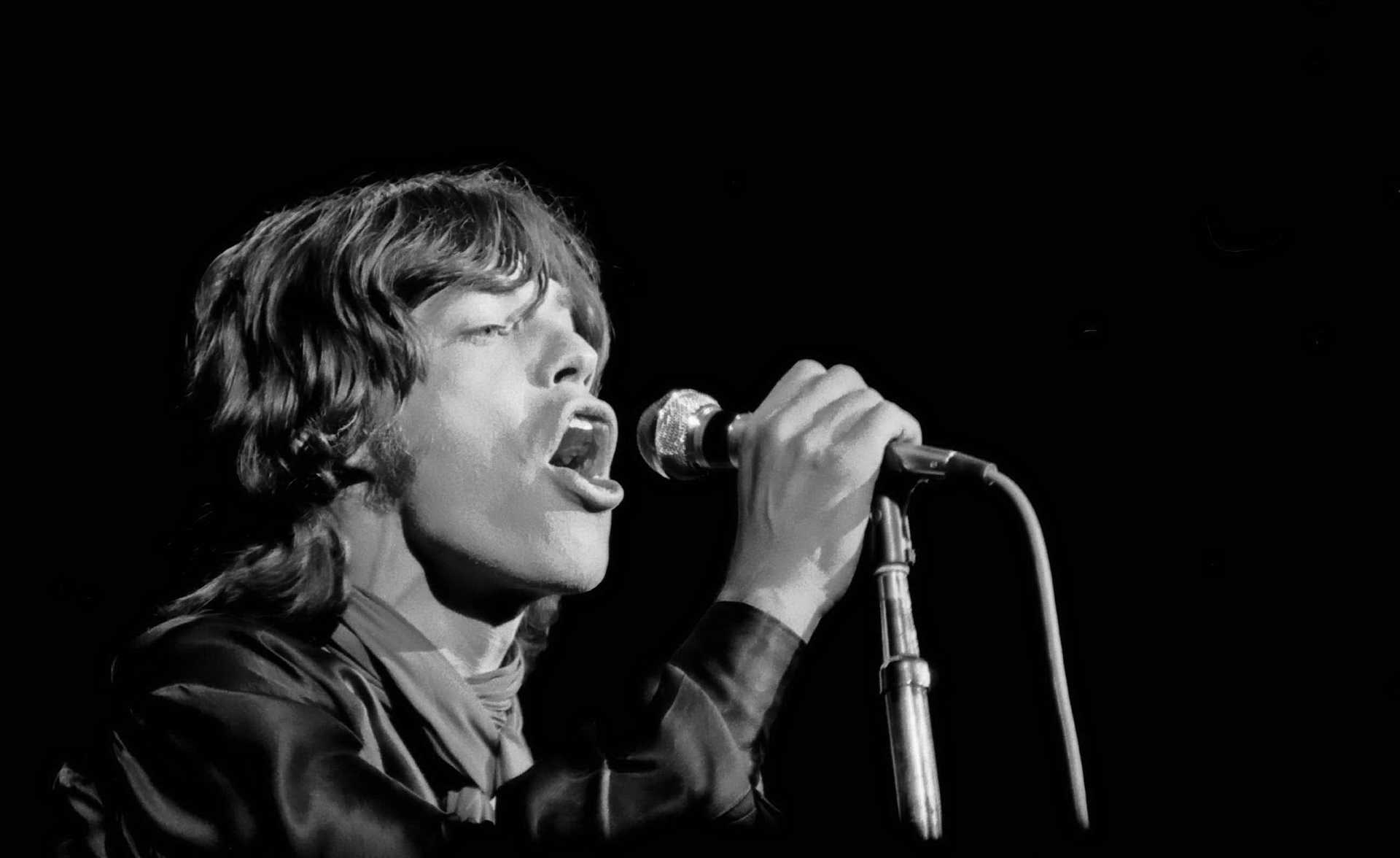 This is Mick Jagger in 1969 during the Stones’ fall tour of the United States, the one that culminated with the free concert at Altamont, the so-called “end of the ’60s” moment. It is Jagger at the absolute peak of his awesomeness. He’s young, he looks amazing, he’s singing some of the best rock songs ever, and he’s in the process of creating an archetype that millions of skinny guys with big voices will attempt to emulate for years to come. You put almost any other rock star in this Jagger’s orbit and you’re going to keep your eyes locked on Mick. He is simply the most dynamic and charismatic rock singer there ever was. You can’t imagine a white guy in a rock band ever being cooler than this.

Then you look at this photo. 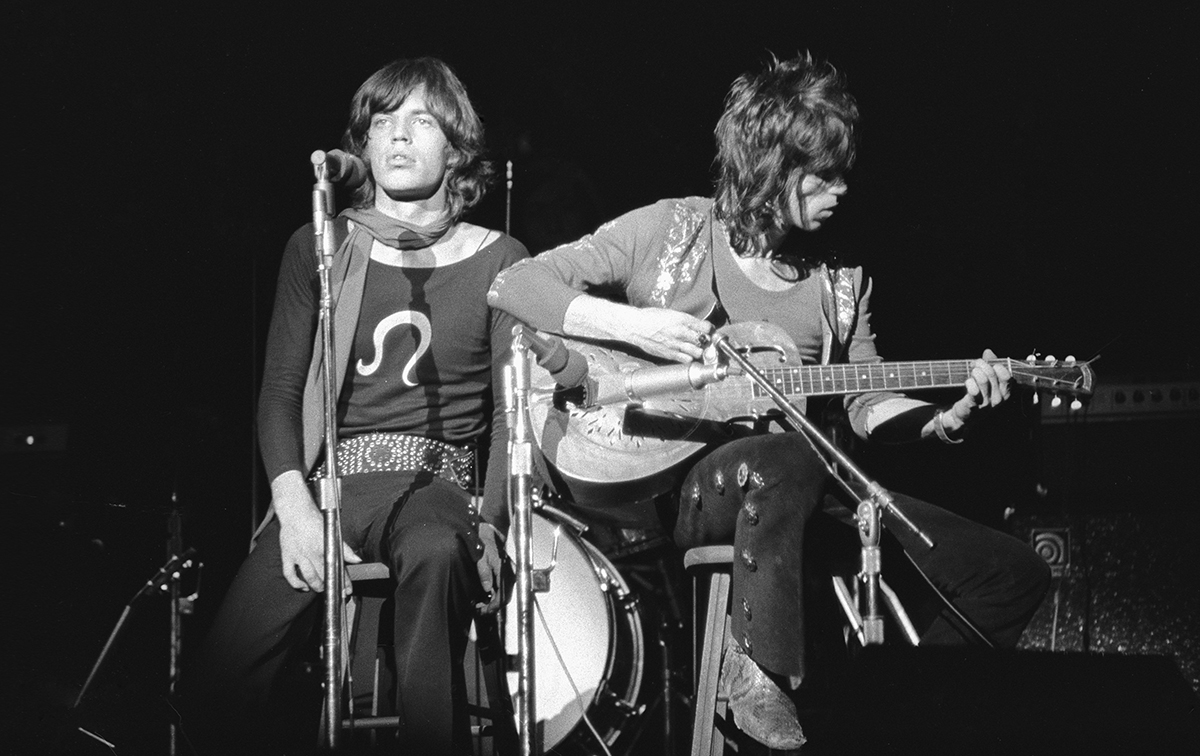 This is Mick and Keith from the same tour. Notice how Keith isn’t even looking in the general direction of the camera and yet he’s still the coolest motherfucker in the photo. It’s not even close! This is Richards’s superpower: He instantly neutralizes Jagger in any context. It’s not just this photo. In any photo of Jagger and Richards, Mick goes from being awesome to being Brenda, just like that, when he’s standing next to Keith. It’s not Jagger’s fault. Richards is just more powerful, even though he’s “just” the guitar player.

If you need more evidence, just look at the video for “Angie.” This is a Mick song, he’s all over it, and he sings it great. Keith, meanwhile, is so junked out that the only thing keeping him awake are Charlie Watts’s laser-pointed eye rolls shooting into his skull. And yet … and yet … every strum and head bob going down to Mick’s left is riveting. Richards is basically blotto and he’s still indomitable. Even when he’s spotting Jagger 10 million brain cells, Keith wins. Because Keith is Batman, not Robin.

Herein lies the guitarist’s conundrum: Even when you’re Keith Richards, you will be presumed to be subordinate to the lead singer. Even when you’re Jimmy Page, and you’re the one responsible for putting the band together and producing all of the albums, you will be perceived as the sidekick to the dippy blond guy with an armadillo in his trousers. Even when you’re Tony Iommi, and you’ve invented the modern rock guitar sound, the ex-juvenile delinquent who consumes LSD1 for breakfast will overshadow you. Even when you’re Eddie Van Halen, and you play like this and the band is named after you, David Lee Roth will still be automatically classified as the “frontman.”

This dichotomy is common in rock bands, and fans still haven’t wised up to the power dynamics. There are two other guitarists in the Second Banana bracket, Slash and The Edge. (I’m not counting John Oates, as he’s in a duo and he’s more defined by his mustache than by his ax. But what I’m saying could also be applied to him.) The Edge and Slash were cruelly pitted against each other in the first round, and Slash came out ahead.

Slash and The Edge initially seem more second banana–y than Keith Richards, as they’ve both been paired with domineering singers who essentially act as figureheads for their respective bands. In terms of fame, Slash and The Edge can’t compete with Axl Rose and Bono. But if you examine how Guns N’ Roses and U2 actually work, the hierarchy becomes less clear. Slash, like Richards, could always out-cool his lead singer. If you liked GNR in 1988, Slash was the one you wanted to be like, not Axl. Also, Slash remains the soul of the “real” GNR, even though he’s been out of the band for nearly 20 years. Taking Slash’s guitar out of the equation is what prevents the current incarnation of GNR from sounding “classic” and not like an Axl Rose solo project. This is why Slash playing “Sweet Child O’ Mine” with Myles Kennedy somehow seems closer to Appetite for Destruction than Rose hoofing it with hired guns.

As for The Edge, the primary weakness of Songs of Innocence (aside from the obtrusive release) is that his guitar isn’t prominent enough. For instance, this song is decent, but The Edge never gets to break out any of his Edge-like tools. It’s as if U2 set out to demonstrate how integral The Edge is to the band’s sound — remove that echoing, bell-like jangle and all you’re left with are ordinary middle-aged paeans to Joey Ramone and ocean cycles. The Edge’s guitar sound is U2 in near totality.

“Be deferential to foster their ignorance,” writes Sun Tzu in The Art of War — the idea is that the truly powerful sometimes have to play it down in order to accomplish the task at hand. In some bands, the singer is out front because he’s the leader. But much of the time — more often than is acknowledged, anyway — the singer is out there because the guitarist is being deferential to foster that guy’s ignorance. The singer is out there because the guitarist has put him there. Consider this before you count your bananas.

This piece has been updated to correct the year that Charlie Watts punched Mick Jagger.