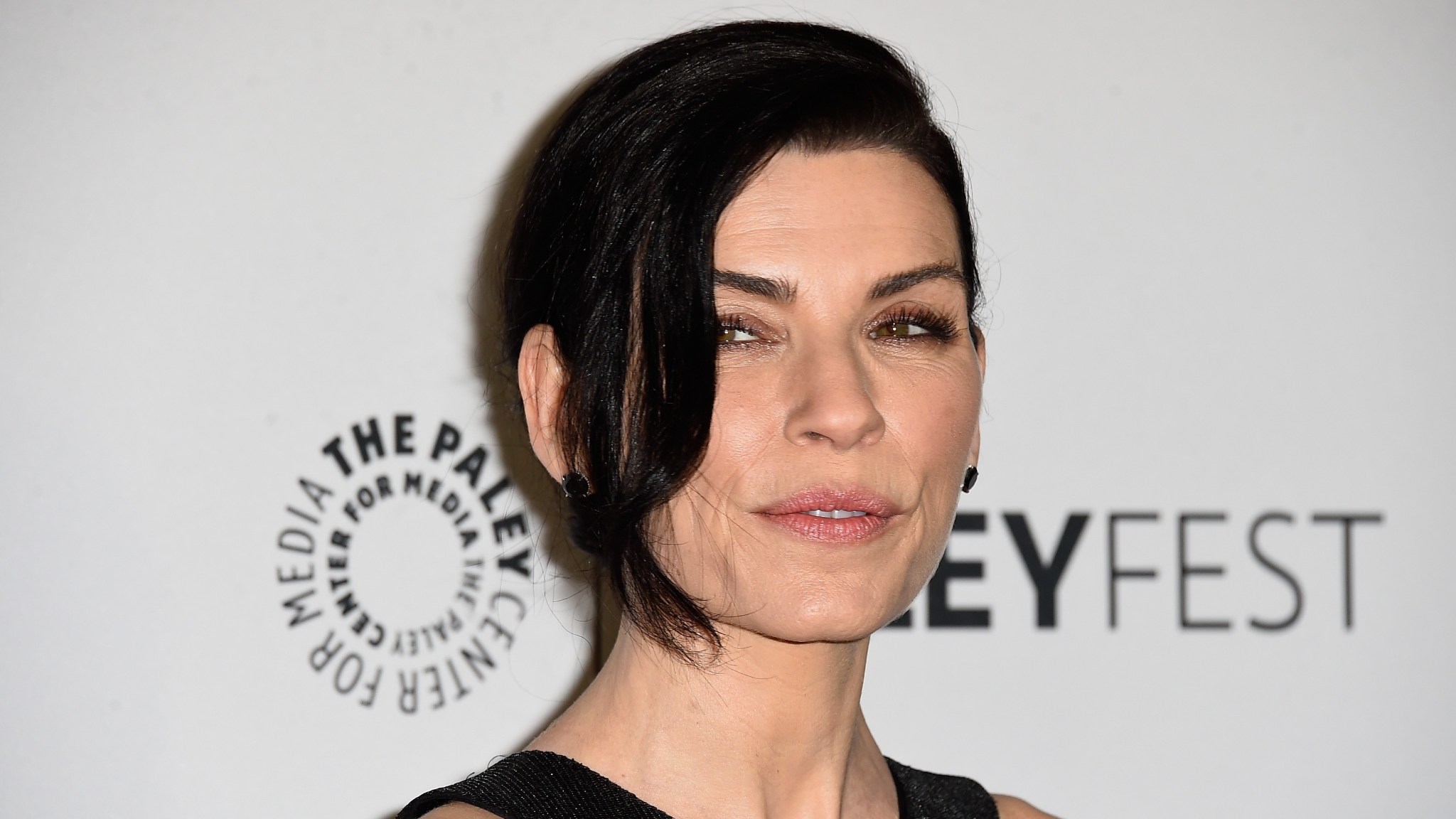 That clip above is from The Good Wife’s Season 7 premiere, which aired Sunday. It contains a previously rare gaffe. Despite the local politics of Chicago and Illinois figuring prominently, the show is shot in New York. They use soundstages for interiors but frequently shoot exteriors all over the five boroughs. Just once, right before Josh Charles left the show in Season 5, the city was allowed to play itself when Will and Alicia traveled to New York for a bar association conference. Usually the production goes to great lengths to avoid landmarks and street signs. And yet, in a delightful scene from Sunday’s premiere with Peter Florrick (Chris Noth), his new campaign manager (Margo Martindale), and a broadcaster (Mo Rocca), famous New York discount shopping institution Century 21 is staring us in the face. The red letters could not be more legible, and the glass façade of the location allowed glimpses of a New York City bus and subway station to peer through. Hello, 66th and Broadway.

After six seasons of fruitlessly trying to guess where each exterior was shot and which block served as the exterior for Alicia’s apartment, I was floored to see such clear vestiges of New York on my television. This is the kind of detail The Good Wife approaches with diligence. As TV critics and surely your parents have told you, The Good Wife is an underappreciated show, in its own class on network television. It’s true for a number of reasons: a unique tone, a quirky cast of recurring characters, solid acting performances, surprisingly timely story lines that are handled deftly, and impeccable statement necklaces worn by Christine Baranski. I found Season 6 uneven in the wake of Will Gardner’s death, and this location mishap would seemingly indicate a continued decline. But the error was actually so surprising because the episode was fantastic.

Sunday’s episode was the series’ 135th. It’d be understandable for the quality and believability to decline. The latter has always been stretched. After all, it’s hard to sustain a 135-episode legal drama about a disgraced political wife without some exaggerations and scandal. The baseline of realism was murky from the beginning. In Season 1, Peter — the governor imprisoned on corruption charges — is allowed to serve his time from the confines of his cushy apartment. (The Florrick apartment is one of TV’s most enviable.) Alicia Florrick has had so many jobs and personal crises that it’s hard to believe she’s still functional. I wonder if Robert and Michelle King, the showrunners who also wrote this episode, felt the same way, because she spends this hour returning to basics. After dropping out of the election for state’s attorney and having been ousted from the firm she founded, she goes to bond court to represent clients who couldn’t arrange for their own lawyers. She’s such a legal pariah that the only clients who accept her are the ones who have no other options. The other lawyers and the judge don’t even want to associate with her. The Kings smartly acknowledge how Alicia’s professional brand has been tarnished over these six seasons.

By calling the program The Good Wife, the character of Alicia would always be complicated beyond the simple designation of political wife. All 135 episodes have served to give her dimension and question what it means to be attached to a political heavyweight. The smartest thing about this premiere is that its conceit echoes much of the first season. Alicia is struggling to make an income independent of Peter, she’s without clear professional allies, and again she’s trying to forge an identity unblemished by scandal. Except this time, Alicia is distancing herself from her own indiscretions, not Peter’s. It’s a brilliant iteration of what powered the show to its early success and warm reviews. Archie Panjabi as Kalinda was Alicia’s first work friend. Her exit from the show was possibly acrimonious, as rumors of a Julianna Margulies vs. Panjabi feud have swirled for a few years. Kalinda had devolved into narrative uselessness anyway, and she is now replaced by Lucca Quinn, a spunky bond court attorney who warms up to Alicia by the end of the episode. Whether she turns out to be a friend or an adversary, she is already sharing scenes with Alicia, so that’s an upgrade. The other big cast addition was the arrival of doyenne Margo Martindale. As Peter’s campaign manager, she’ll be facing off against Alan Cumming’s Eli Gold, Alicia’s chief of staff. Cumming and Martindale playing off each other is the television sublime.

If this one episode is an indication, the show is poised for a natural reset. Alicia’s love life dominated Season 6, possibly an overcompensation to fill the Will Gardner void. Without any mention of romance Sunday night, there was never a chance to miss the chemistry that Margulies and Charles shared. Perhaps, like for many good wives, success for The Good Wife and Alicia will emanate from work.