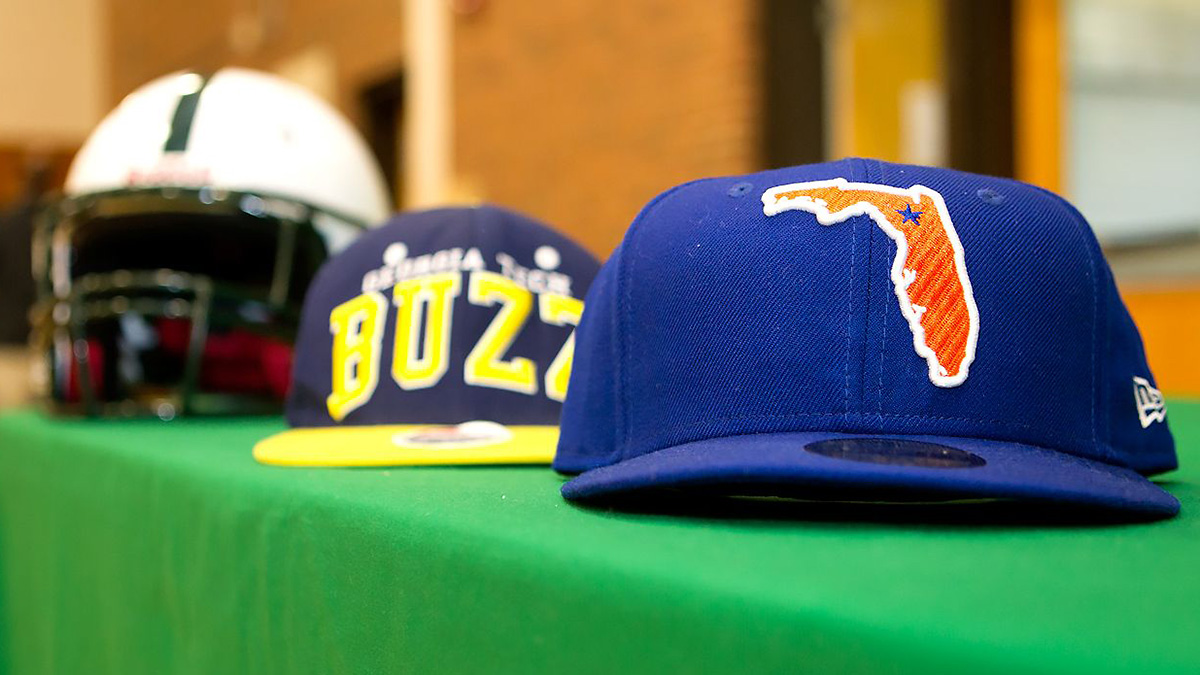 We are what you would call cafeteria Catholic recruiting enthusiasts, and we are staunchly committed to this way of life. We content ourselves with paying attention on signing day to see which blue-chipper holds up the cutest baby animal representative of his chosen team’s mascot at his signing ceremony; we field some calls from our dad in which we grimly assess what prospect might fill this or that need on his alma mater’s team; and then, barring an arrest or a promisingly hilarious Twitter feed, we promptly forget about the kids themselves until it’s time to roll out for actual games.

As goofy as it is to yoke our entire professional lives to the athletic prowess and mental/emotional consistency of late teens and early twentysomethings, it seems like goofiness squared to devote too much spiritual bandwidth to them before they’re even out of high school. Much too much can and will go awry between now and the end of August; wake us up when you know who’s actually suiting up for Week 1 — and who’s wearing jaunty bucket hats beneath their helmets.

That considered: Bulldog puppies are the living end of adorable. For 364 days a year, we’re too cool for this shit. On signing day, we hold vigil for the plucky young souls willing to carry dwarf reptiles around in their backpacks or take advice from horror movie props.

But signing day ceremonies didn’t always exist. They became a thing, then a televised thing, and year by year the process continues to balloon in theatricality. As grown adults who just spent an entire day watching teenagers choose hats on television, we’ve had a lot of time to gin up potential future NSD avenues, and have collected our thoughts below on what that future might (should?) resemble:

Adopt-a-Hat Agencies Spring Into Being

You’ve all heard the tales of items of clothing honoring losing Super Bowl sides ending up overseas via various relief organizations. But what of the discarded hats left to linger on folding tables draped in scratchy polyester as high-profile recruits peacock about in their chosen caps? Is there some sport-populated Island of Misfit Toys property annex out there, or do all the moms just keep the receipts? These future charities will ensure that each and every hat finds a loving head to call home.

Forms of the Destructor Are Chosen

Alternatively, we could see players get real American about it and eliminate unwanted hats — or extraneous letters of intent —in ceremonial schoolyard trash can fires. Imagine the avenues of creativity that could open up here as discarded bits of headwear are dissolved in chemistry labs, run over by monster trucks, or launched into low orbit by enterprising prospective engineering majors.

Count on the smart-kid schools to show up big here in years to come. Speaking of engineers, what horrors might a capable Georgia Tech recruit unleash by toting in a nest of yellow jacket larvae? They’re real cute when they’re babies, as GT staffers would know had they not asked us to stop sending so many letters attesting to that fact. The sorcery required to craft a wee Blue Devil is basically all laid out in the climax of The Magicians, Duke, so stop making excuses.

Due in large part to the Pac-12’s efforts to push its appeal ever westward and the NFL’s growing reach in Europe, a global rise in the popularity of American football will sharply increase the number of highly coveted international recruits, who lord willing will all have names pulled from the appendixes of A Game of Thrones.

Would still like to point out that Bielama signed a DT from DENMARK named HJALTE FROHOLDT and I think we just call him "The Mountain" ok?

True Professionals Will Be Recognized As Such

Even the more elaborately staged signing ceremonies you’ve seen in 2015 have been community-theater caliber at best.1 We see a convergence of the tradition of recruiting hostesses and an increased need for audio/video augmentation forging a new breed of event planner: a cottage industry appendage to the industry that’s long since outgrown its cottage.

When the news broke that Oregon would be without ace receiver Darren Carrington in the title game, it spawned the finger-wagging camp you’d expect, but also a more pragmatic and ever-expanding camp that wondered why, amid expanding legalization, marijuana testing is even still a thing. Will this practical line of thought sprout tributaries to take us into further unexplored lands of things we already know but won’t publicly acknowledge because It Just Isn’t Done? What we’re asking here is this: How many years away are we from another ancillary rankings activity blooming, this one to determine the most efficient bagmen?

A Trade Season Will Develop

Imagine Ohio State taking every elite quarterback in the country in successive recruiting classes. Now imagine Auburn snagging every linebacker worth having. With this year’s crop of recruits, we’re not too far off from either of those scenarios. What we don’t know is that tomorrow, in a top-secret bunker containing only Gus Malzahn, Urban Meyer, and a stack of glossy 8×10 head shots, the most high-stakes game of Go Fish in sporting history is about to begin.

Prospects Will Remember Who the Desired Commodities Are Here

Of all these half-hatched ideas, the one that might be closest to happening already is a top recruit insinuating that if a team really cares about getting him to sign, it’ll take out an interstate billboard saying so and accept the ensuing NCAA hit. The demands will begin reasonably and free of sanctioning danger, but if there’s any love in the hearts of the capricious spider-gods that govern this sport, they will not remain that way for too long.

The Recruiting Battleground Will Take to the Skies

As charming and exasperating as they are on this one day a year, faxed NLIs won’t be a commonplace fixture forever.

RIP Fax Machines :( RT @TarHeelFootball: Here's the first NLI to come in by phone. History in the making! #UNCFB. pic.twitter.com/UtQZYUUOGU

An increasingly environmentally conscientious society will refit fax machines for flight capabilities and have them do enemy recon of opposing teams. Hell, while you’re at it, to bedevil your enemies put them in the hands of actual hackers, not the embarrassingly ephemeral bogeymen dreamed up by every coach who’s ever sent an ill-advised tweet. Saban’s already got a crew of ’em up in low orbit, on a booster-funded craft with broadband Internet and enough provisions to last a generation. As ever when it comes to the Tide and recruiting, by the time you read this, you’ll already be behind.