Turn of the Tide? Five Story Lines to Track on National Signing Day 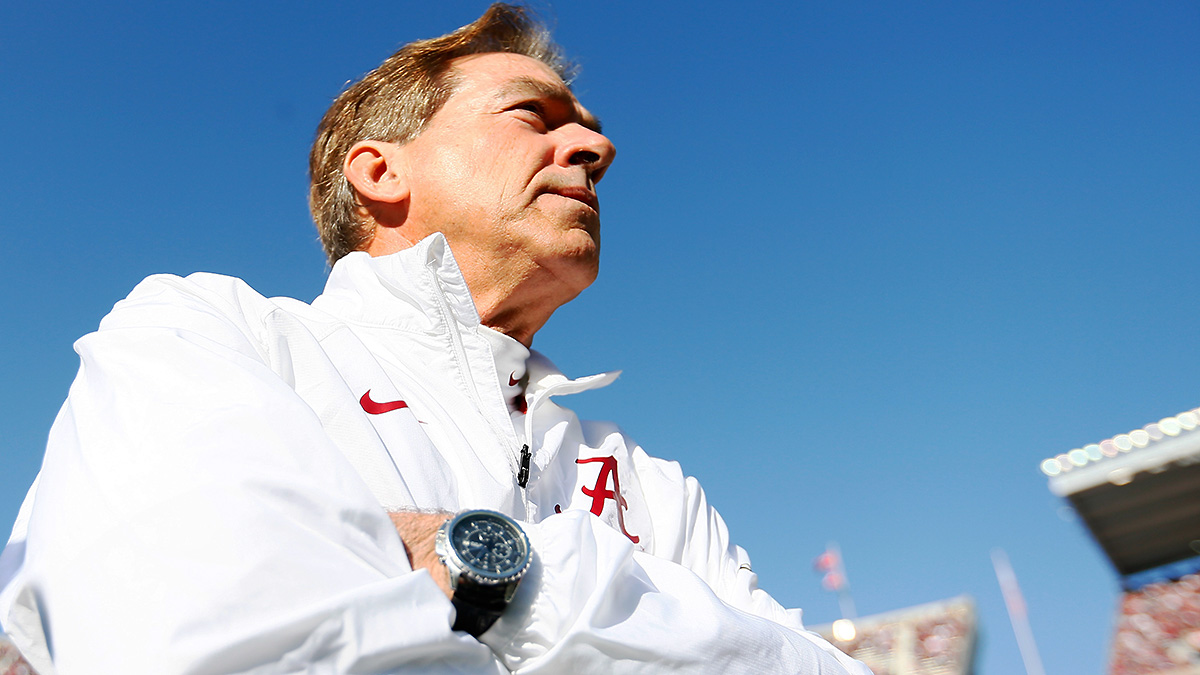 National signing day is one day away, and that can mean only one thing: College football is back, baby! OK, not quite, but recruiting is better than nothing. For at least one day, we can all go back to investing emotional capital in the whims of teenagers, and I, for one, couldn’t be more excited. If you haven’t been keeping up with Kevin Sumlin’s hashtag game and the like — which is to say, if you have a day job — here’s a cheat sheet of five story lines you need to track to properly enjoy this inimitable occasion.

Signing day is generally defined by the announcements of uncommitted five-stars. Who could forget Terrelle Pryor declaring his intent to attend the “University of Ohio State,” Isaiah Crowell hoisting a live bulldog after donning a Georgia cap, or the Shakespearean drama that unfolded with Malik McDowell’s family? Accordingly, you’ll want to pay special attention to these four names:

• Defensive end Byron Cowart, the nation’s no. 1 overall prospect and an off-brand version of Jadeveon Clowney (which is very much a compliment). Though Florida State remains a dark horse, Cowart has largely narrowed down his search to Florida and Auburn, and he has deleted his Twitter account to drown out the overtures from overzealous fans. This may be Will Muschamp’s last chance to demoralize Florida fans, so the smart money’s on the Tigers pulling this one out.

• Cornerback Iman Marshall, who one-upped the entire recruiting-industrial complex by dropping a teaser trailer to reveal his top six. USC is the hometown favorite, but all options are legitimately in play.

• Defensive end CeCe Jefferson, who could almost single-handedly validate Hugh Freeze’s decision to stay at Ole Miss by signing with the Rebels. Alternatively, he could become a Gator and wreak havoc on Freeze’s offenses for years to come.

• Running back Soso Jamabo, who’s deciding between two of our country’s proudest football factories: the University of Phoenix and ITT Tech. (OK, fine, he’s actually down to Texas and UCLA, which makes me think he’s living in a parallel universe where it’s still 1998.)

You can catch most of the uncommitted blue-chippers announce live on ESPNU, so this is definitely worth a sick day.

Though Alabama hasn’t won the national championship in a whopping two years, we can still count on the Crimson Tide to be no. 1 come every February: Nick Saban, ever the poster boy for that old cliché about reloading instead of rebuilding, is on the brink of landing his fourth consecutive top-ranked recruiting class, according to ESPN’s Recruiting Nation. Bama hasn’t been the betting underdog since 2009, and it looks like that trend’s set to continue until at least 2017, when roughly half the members of this recruiting class will declare early for the NFL draft and be picked in the first round.

The 2015 headliners include five-star cornerback Kendall Sheffield, who boasts scintillating 4.4 speed; wideout Calvin Ridley, who’s already drawn comparisons to Amari Cooper; and quarterback Blake Barnett, the first- or second-ranked pocket passer in the nation, depending on which scouting service you prefer. Barnett, previously a Notre Dame pledge, boasts enough talent to break Alabama’s string of unremarkable “game manager” quarterbacks, which is a genuinely terrifying thought if your happiness depends on the Tide losing big games, as mine does. Savor the Jacob Coker era while you can, people.

For the most part, ESPN.com’s current recruiting class rankings could almost double as a Top 25 poll from the end of this past season. Alabama, Florida State, and Ohio State are clustered near the top of the list, and Oregon isn’t very far behind. Since the best players usually want to play for the most successful teams, this makes a lot of sense.

There are a few exceptions, though, and they could provide a glimpse of which “down” programs are most likely to break through in the near future.

The chief example is USC, whose projected sixth-rated class is laden with offensive skill-position talent. If Steve Sarkisian can seal the deal with defensive tackle Rasheem Green and the aforementioned Marshall, the Trojans could make a late push to challenge Bama for the top spot.

And then there’s Tennessee, where Butch Jones is on the brink of securing his second straight top-five class. The Volunteers were one of the most pleasant surprises of bowl season, and another influx of elite young talent should make their return to the top of the SEC East standings all the more inevitable.

Though they’re not pushing the top 10 on ESPN’s rankings, Texas’s Charlie Strong and Penn State’s James Franklin are also doing impressive work, thanks largely to their ability to lock up in-state talent. (Blue-chip quarterback Kyler Murray’s decision to stick with Texas A&M was a disappointment for the Longhorns, but it was also an important reminder that you can’t win ’em all, especially when the opposition is recruiting with a Swag Copter.)

Ohio State’s three-man quarterback logjam is one of those “good problems,” because it’s better to have three #ELITE gunslingers than one. That’s basic math, right?

Well, to quote our nation’s preeminent football mind: NOT. SO. FAST. While an embarrassment of riches at the game’s most important position is dandy news 99 percent of the time, it can be a burden around signing day, when it makes it tougher to convince high school quarterbacks to attend Bloat U.

Case in point: Torrance Gibson, the five-star southpaw who verbally committed to the Buckeyes in November, but has since embarked on official visits to Auburn, LSU, and Miami following the stratospheric rise of J.T. Barrett and Cardale Jones. Between rising redshirt sophomore Barrett and rising redshirt junior Jones, the national champs appear set at quarterback for the foreseeable future — and that’s before mentioning two-time Big Ten Offensive Player of the Year Braxton Miller, who will presumably return to Columbus for his redshirt senior season after missing 2014 with a shoulder injury, and incoming freshman Joe Burrow, whom Urban Meyer has likened to Alex Smith.

Gibson would almost certainly see the field sooner if he flipped to another program, so it’s perfectly understandable that he’s reviewing his options before signing day. Buckeye Nation can take solace in the fact that the dual-threat star hasn’t actually de-committed from Ohio State, but it shouldn’t surprise anyone if the Fort Lauderdale native winds up staying closer to home.

As you prepare for the annual signing day circus, it’s worth remembering whom we’re dealing with here: high schoolers, quite possibly the most capricious individuals on planet Earth. The flip has become an inescapable part of the recruiting culture, a signing day institution on par with fax machines and hat dances. So, in addition to Gibson, here are some other potential flippers to keep on your radar:

• Cornerback Minkah Fitzpatrick, a longtime Alabama commit who increasingly seems to be considering Florida State. The New Jersey product’s tweets have been rather cryptic lately, and he also doesn’t seem to be tweeting as many elephant emoji as he used to, which could be a bad sign for the Tide.

• Offensive tackle Drew Richmond, an Ole Miss commit whose latent interest in Tennessee spawned a Twitter war for the ages between Volunteers recruit Kahlil McKenzie and Hugh Freeze. As just discussed, Tennessee’s Jones is a signing day sorcerer, so expect Richmond to experience a “change of heart.”

• Wide receiver Terry Godwin, a Georgia commit who nonetheless enjoyed an in-home visit from Gus Malzahn over the weekend. According to the Atlanta Journal-Constitution, Malzahn attended Godwin’s basketball game on Saturday and delivered a sales pitch that emphasized that “Auburn is closer to home,” which is especially important because Godwin’s father is sick. Then again, Godwin’s sister plays basketball for Georgia, so who knows.

• Wide receiver Van Jefferson, an Ole Miss commit who’s taken a recent liking to Michigan, culminating with a weekend visit to Ann Arbor. Jefferson was previously a Georgia commit, so he’s shown that he’s not afraid to change his mind.