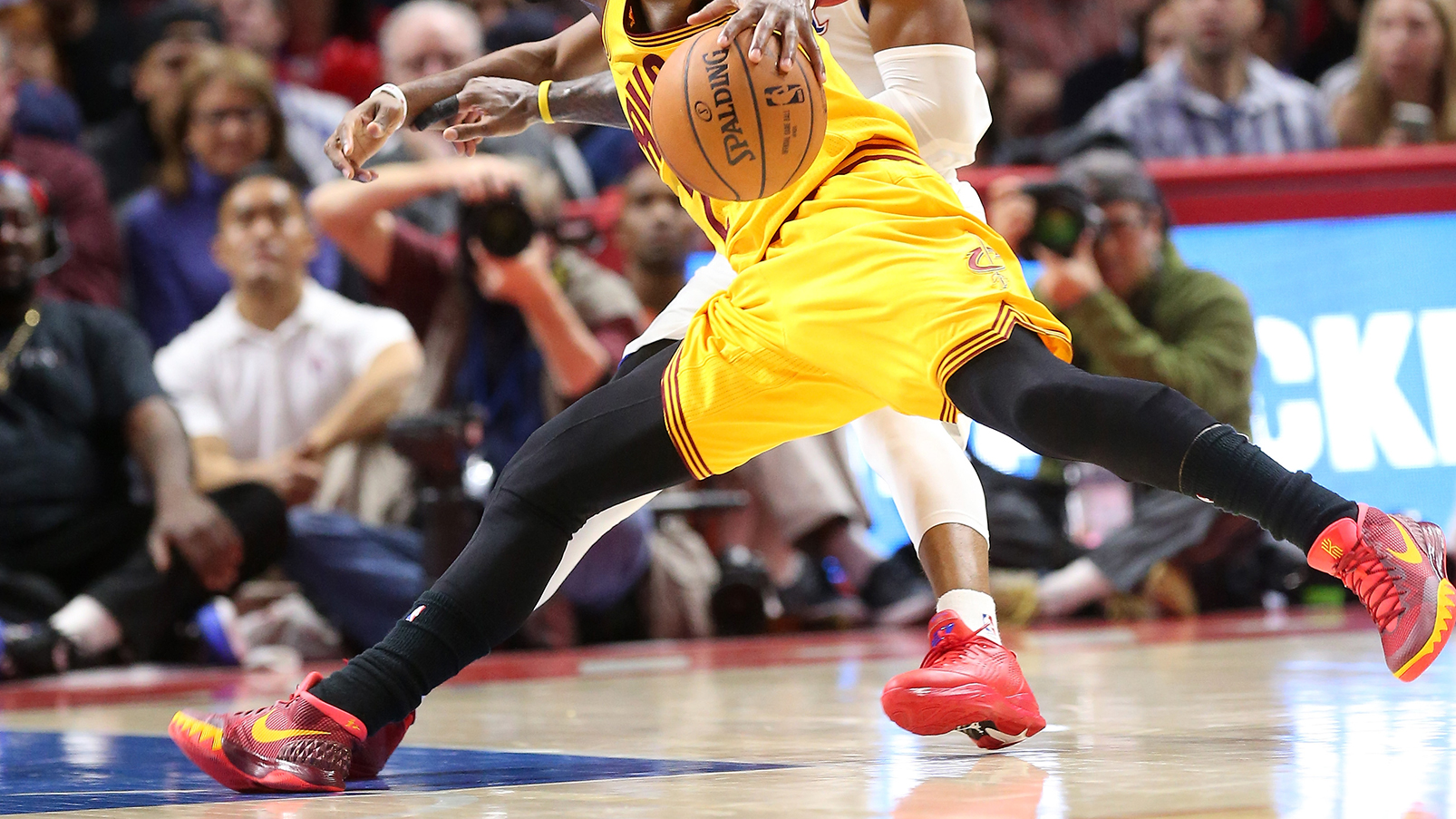 On Monday night, the Grizzlies just squeaked by the Suns, 102-101, thanks to a late, clearheaded putback by new arrival Jeff Green and one emphatic last-second block by Marc Gasol. But another thing happened in that game: Eric Bledsoe got his ankleees brooookeeeen.

Right? Watch Mike Conley cross him up. Watch him crumble to the floor. R.I.P. Eric Bledsoe.

But you have to ask yourself: Is that the true sequence of events? Or is that just what the NBA MSM would like you to believe?

Let’s look a little closer. Do you see anything? Like, say, any giant Spaniards sticking their giant left feet out, intentionally or otherwise? As SB Nation’s Mike Prada astutely noted, “On second thought, maybe Marc Gasol tripped Eric Bledsoe, but WHATEVER. Not gonna be That Guy Who Ruins Highlights.”

That’s wise, my friend. Who would be so joyless as to want to ruin perfectly good highlights?

Call me a kook. Call me a crackpot. Call me heartless. I don’t care. I’m saying it: NBA ankle-breaking is, by and large, a myth. NBA defenders, for the most part, are too good to get humiliatingly crossed. When they do fall or skid or stumble, it usually happens because of a sweated-on court, or an errant defender foot, or some other minutely observed aid — and not, I’m afraid, as the result of a pure, devastating crossover dribble.

Sure, we all wanna jump and yell about how that guy got “put on skates,” how he got “thrown in the blender.” That’s a world of wonderment and whimsy; that’s a world I’d like to live in too. But I’m sorry, friends: It’s just not our world.

This seem realistic, as Dirk’s ankles would appear particularly ripe for the breakening. But watch the video and note that Nowitzki just kind of falls, twice, in the same spot.

We see a guy fall, we screech “ankleeessss.” If we cared at all about truth and justice, though, what we should be screeching — as communicated by Mr. Swish41 himself — is “weeet spoooot.”

OSTENSIBLY. Smart had already started planting the foot and cutting back the other way when the collapse occurs. The home crowd, thirsty sheep to the site of a player falling, oohs and ahhs. What they should have been doing is looking at each other in grim silence and mouthing, “Wet spot? Wet spot?”

It looks fantastic. It looks like Nikola should get on the first flight back to Podgorica.1 But upon closer look: Was Kemba even making much of a move there? Or did Mirotic get mentally shaken by having to switch and start shuffling his feet awkwardly for no particular reason? That’s not death-by-crossover; that’s tripping on your way off the subway when you nod off for a half-minute and accidentally take it one stop too far.

Here’s a variation on the trope: a defender getting turned around. “Oh, which way did he go!” yelped Cavs commentator Fred McLeod as Kyrie Irving juked JaKarr Sampson. “Bruising ankles and egos!”

I say this, ultimately, to defend appreciation for the art of the crossover. For the most part, best-case scenario, you’re going to get dudes messed up a bit. It’s joyless to say — yes, I know. But let’s just be realistic.

Or Kyle Lowry on Oladipo:

Kyle Lowry put his defender on skates. In other news, Landry Fields made his first 3-pointer since March 22, 2013. https://t.co/HmZ3mkV507

Or even Klay, slipping, a tiny bit:

That, for the most part, is the best we can hope for in pure form. It’s not ankle breaking, no; it’s more like light back-twisting. In a better world, it wouldn’t be like this. But in the sad, compromised world we actually live in? It’s as good as it gets. Jordan pushed off, OK? I’m sorry. He pushed off.

And in the meanwhile, let’s wait to screech until the truly sublime occurs. Like ankles: