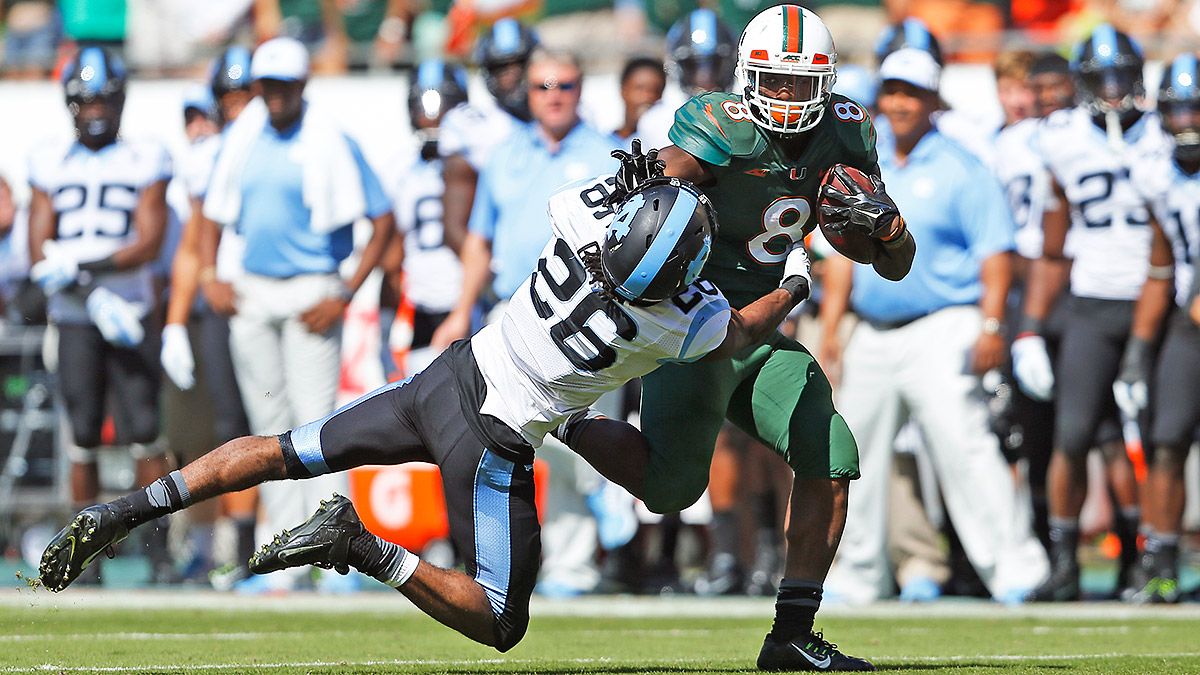 Entering the season, Stanford looked like it would again be the primary roadblock between Marcus Mariota and the Heisman. Beating the Cardinal was supposed to be a huge deal for his campaign, but given Stanford’s recent inability to score points, Oregon’s 45-16 thrashing wound up being pretty anticlimactic. Still, Mariota managed a 95.1 Raw QBR against Stanford’s now sixth-ranked defense, exorcising the demons that shattered his Heisman hopes in 2012 and 2013.

At this point, we can drop any pretense of a wide-open Heisman race, as it’s effectively come down to Mariota and Dak Prescott. While I had previously considered Prescott a stronger candidate due to his signature wins over LSU, Texas A&M, and Auburn, he’s been markedly less spectacular recently against the likes of Kentucky and Arkansas, throwing five picks in his last three games. Plus, that Texas A&M win doesn’t look like such a signature anymore amid the Aggies’ collapse, while Mariota’s Week 2 performance versus surging Michigan State continues to look better.

Going forward, Prescott will have more chances to impress in trips to Alabama and Ole Miss, while Mariota will lack marquee showdowns on Oregon’s fairly weak remaining schedule. If Mariota keeps blowing out opponents, though, the level of competition might not matter.

Know that the only reason Nick Marshall is featured here over our beloved Bo Wallace is because Ole Miss receiver Laquon Treadwell suffered a gruesome leg injury milliseconds before scoring what likely would have been the game-winning touchdown, instead fumbling and sealing the victory for Auburn. Never let anyone tell you that the Heisman race is a meritocracy.

All of Grantland’s Heisman Trophy goodness
After weeks and weeks of spreading the Ameer Abdullah gospel, I practically recoiled when the Huskers’ running back left Saturday’s game against Purdue with an MCL strain. The injury didn’t even occur on a rushing attempt! Rather, it happened as Abdullah dove to recover quarterback Tommy Armstrong Jr.’s fumble near the goal line, and it put an irremovable, ugly blemish on the senior’s otherwise pristine game log. Worst of all, it came right before Nebraska’s showdown at Wisconsin, which was supposed to be an opportunity for Abdullah to flaunt his skills against the FBS’s top-ranked defense, and also as an elimination game of sorts between Abdullah and fellow Heisman-contending tailback Melvin Gordon.

There is a silver lining, however: Nebraska is off this week, allowing Abdullah more time to recover before traveling to Madison. Bo Pelini is “very optimistic” about his back’s chances to play, marking the first time in history that Pelini has had positive feelings about something other than cats. In the meantime, though, Abdullah’s odds of winning the Heisman have dropped to 20-1 on Bovada, well below Gordon’s 10-1 chances.

With 100-plus rushing yards for Duke Johnson in each of his last five games and an upcoming battle for Miami against no. 2 Florida State, this is the perfect time to spotlight his Heisman campaign, which is predicated first and foremost on consistency. Johnson has rushed for at least 90 yards and 4.5 yards per carry in every game this season, and he almost always manages to find the end zone, hitting pay dirt in every game but the season opener. He’s also an eminently dependable (if woefully underutilized) receiver.

Factor in the feel-good story of Johnson recovering from a broken ankle, and he actually becomes one of the most impressive candidates in this year’s field. A characteristically excellent performance in an upset over the Noles would go a long way toward securing Johnson an invitation to New York.

Back in the midseason edition of the Heisman Watch, I wondered what had happened to Myles Jack, UCLA’s ballyhooed running back/linebacker hybrid. As it turns out, his spirit simply shifted hosts, choosing instead to possess Shaq Thompson and turn him into this season’s leading runningbacker. Clearly, there is not enough room for two elite runningbackers in the Pac-12, which explains why only Thompson has enjoyed a stellar season on defense (53 tackles and four defensive touchdowns) and on the ground (45 carries for 356 yards and two touchdowns). Meanwhile, Jack has rushed for a paltry 71 yards while focusing mainly on his duties as a linebacker, which is no way to run a Heisman campaign. With UCLA traveling to Washington this weekend, one can only hope for a heavy dose of Shaq-on-Jack action. All of which is to say that Thompson’s football career is off to a much better start than his ill-fated professional baseball career. 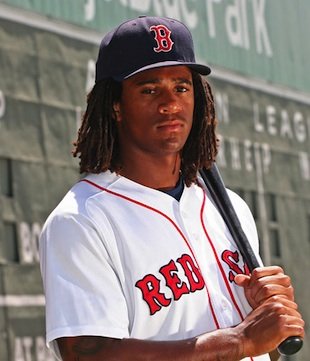 I failed to highlight Sebastian Tretola in last week’s post, and for that I’m truly sorry. Frankly, there’s no excuse for such an egregious oversight. Please accept this featured spot as a token of my remorse. And in the interest of full disclosure, please know that I’m committing a sizable monetary donation to Tretola’s Heisman campaign. I’d encourage you to do the same.