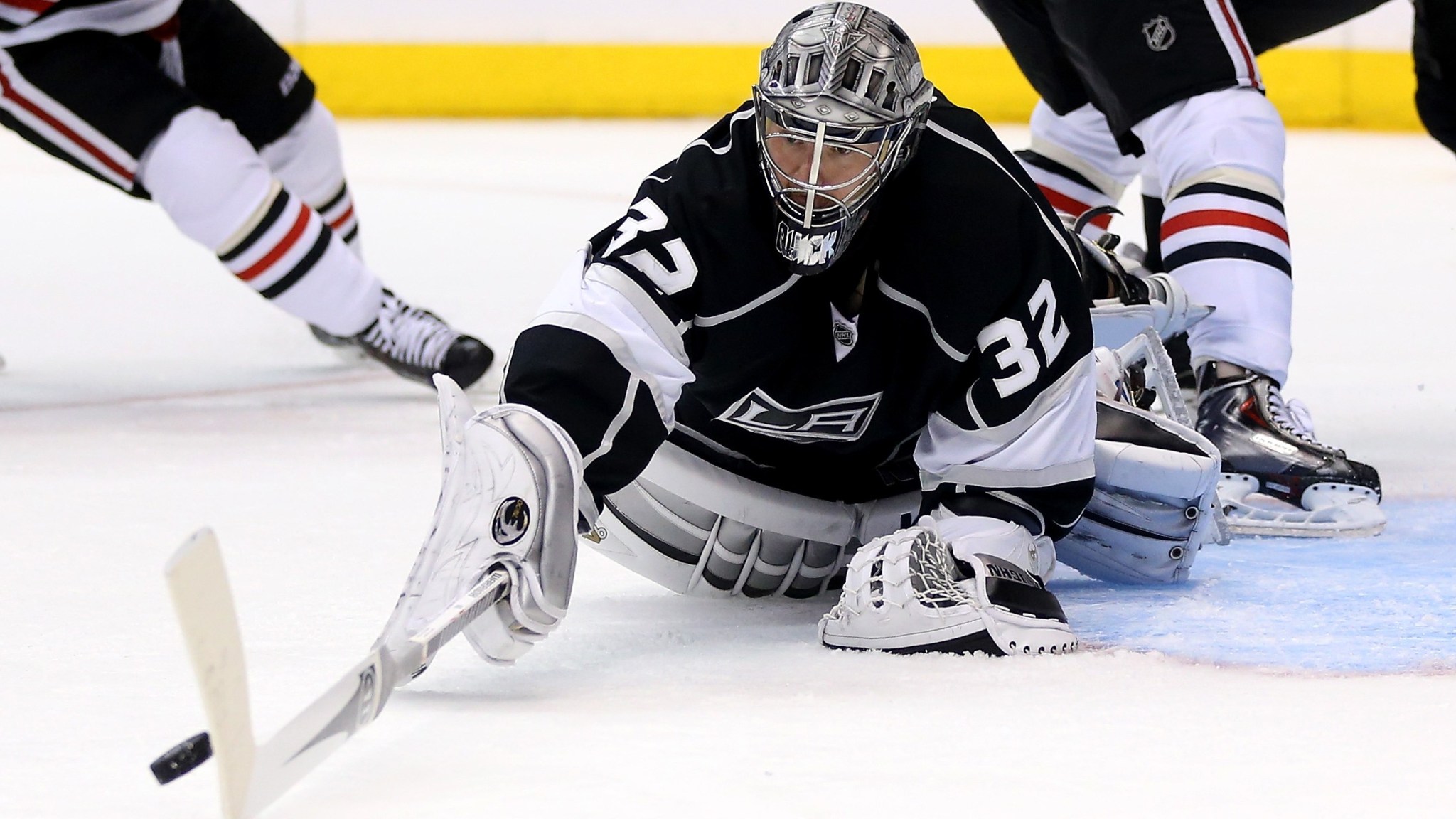 In case you were busy solemnly resetting the “Days Since Last Pitcher Blew Out His Elbow” counter back to zero, here are the top seven stories you missed in sports last weekend:

In not one win, not two wins, not three … wait, exactly three wins:

Both NHL conference finals now sit at 3-1 after the Los Angeles Kings beat the Blackhawks 5-2 behind another stellar effort from Marian Gaborik and the New York Rangers got an overtime goal from Martin St. Louis to beat Montreal 3-2 and move a game away from the Stanley Cup final. “Every game is a Game 7 for us now,” said Montreal Canadiens head coach Michel Therrien of his team’s plight, “which means we’re totally boned as [Rangers goalie] Henrik Lundqvist doesn’t lose Game 7s.” Therrien then explained that his team would stay in New York an extra day so they could at least enjoy New York City while they were there. When asked if there was anything he had planned for his team as a morale-building exercise, Therrien shook his head and asked, “Why would I do that? I just pointed the guys toward a couple nightclubs they could go cause some trouble in. Seriously, we’re so boned.”

After getting criticized by Pacers forward Lance Stephenson in the run-up to Game 4 of the Eastern Conference finals, LeBron James scored 32 points and grabbed 10 rebounds as the Miami Heat took control of the series finals with a 102-90 win over Indiana. When asked if he was responding to Stephenson’s comments with his play, LeBron furrowed his brow and said, “Did you forget who I am? I’m LeBron James. I put up 32 and 10. Does that seem like a response to you?” When the question was repeated, James said, “Seriously, guys, I’m LeBron James. That’s a slightly above-average game for me. I mean, you do know that I’m LeBron James, right? That’s who I am. If you ask any of billions of people what LeBron James does on a slightly above-average day, they’d describe exactly what I did tonight.” James then stared down the entire press corps, shook his head and added, “Again, I’m literally LeBron James. You know LeBron James? That’s me. You’ll know if I’m responding to something with my play on the basketball court. It will be really obvious. Because I’m LeBron James. Come on, ya’ll.”

In the decimal point:

Real Madrid defeated cross-town rivals Atletico Madrid 4-1 to win the Champions League final and claim their 10th European title. The scoreline actually flatters Real Madrid, who needed a late goal from Sergio Ramos to force extra time, where they were able to pull away behind goals from Gareth Bale, Marcelo, and a lesser Greek god who for some reason has taken human form to make us all feel bad about our disgusting mortal bodies:

Australian Open champion Stanislas Wawrinka crashed out of the French Open in the first round, losing to Guillermo Garcia-Lopez 6-4, 5-7, 6-2, 6-0. While some may consider this a disappointing performance for Wawrinka, playing in his first Grand Slam match as a Grand Slam winner, I believe congratulations are in order for the third-ranked Swiss veteran, who finally figured out how to avoid losing to Rafa Nadal at Roland Garros: don’t try.

In cowboying up across America:

Dodgers starter Josh Beckett threw Major League Baseball’s first no-hitter of the season, needing relatively little defensive support to shut down the Phillies in a 6-0 win. Beckett was classy in victory after his extraordinary performance, refusing to take any shots at Ryan Howard’s contract after the game, even though it was right there to be made fun of the whole time.

The return of Serge Ibaka paired with home-court advantage brought about the return of a functional Thunder defense, allowing Oklahoma City to beat San Antonio 106-97 on Sunday, narrowing their deficit in the NBA Western Conference finals to 2-1. “The worst part is how well-rested Serge is,” said a seething Spurs head coach Gregg Popovich after the game. “I didn’t think Coach Brooks had it in him to let Serge get hurt in order to rest him.” Popovich then sighed and added, “It appears I’ve once again vastly underestimated Scott’s tactical ingenuity.”

David Ortiz hit a game-tying home run and the eventual game-winning sac fly as the Red Sox snapped a 10-game losing streak with a 8-6 win over the Atlanta Braves. “I tried for 10 days to not be the guy, but it is too hard even if I know in my heart I won’t be here forever,” Ortiz said wistfully after the game. “It’s like the old saying goes, get a clutch hit, give a man a win today, let a teammate get a clutch hit, teach a man to win forever.” Ortiz then smiled and said, “After 10 days, though? Someone just had to get a fucking fish.”