About Last Weekend: Deck the Hall 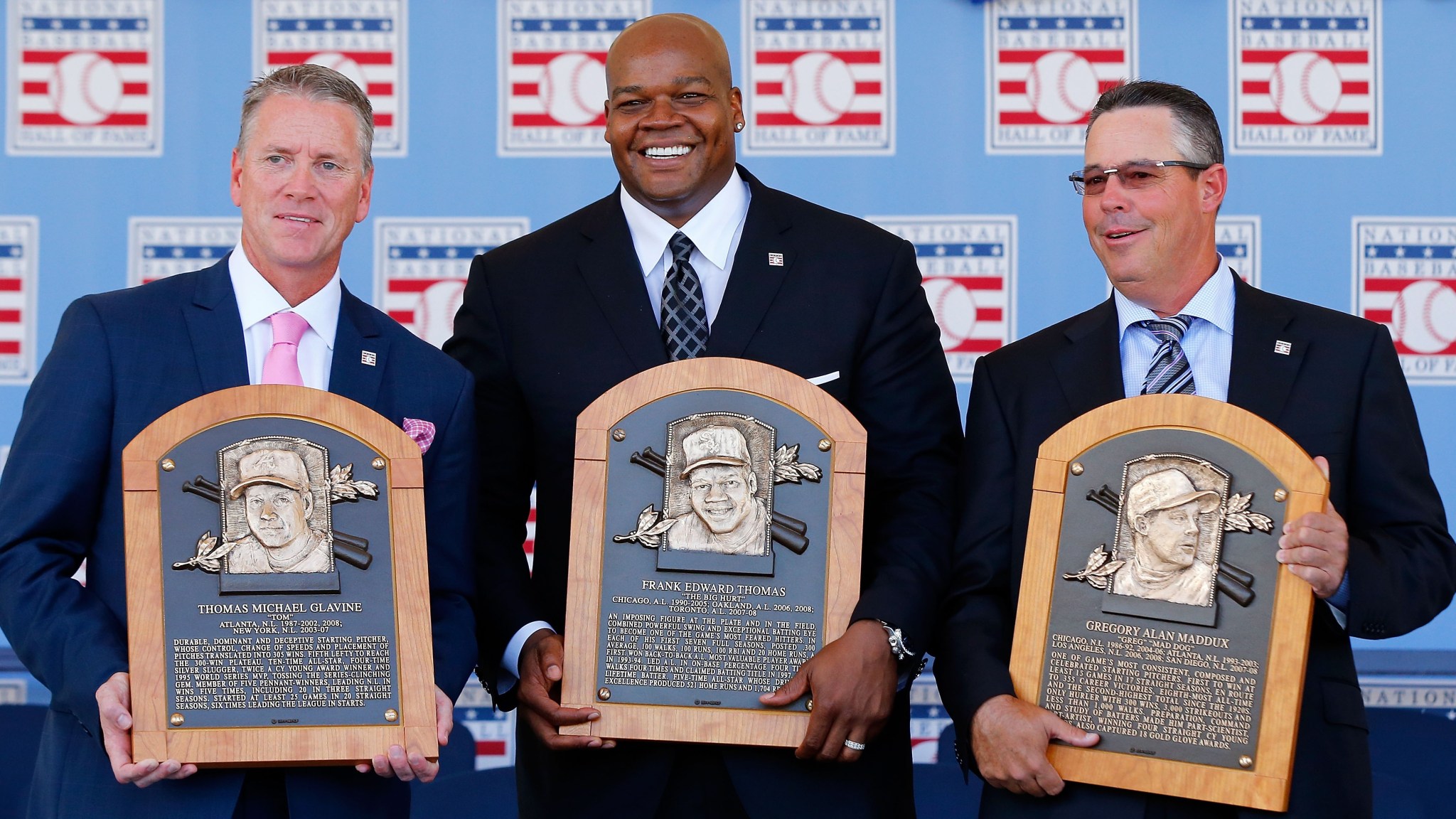 In case you were busy finally getting around to using 100 percent of your brain, here are the top six stories you missed in sports last weekend:

In a lovely trip to upstate New York:

The ranks of the Baseball Hall of Fame expanded by six this weekend as legendary managers Bobby Cox, Tony La Russa, and Joe Torre entered the Hall alongside starting pitchers Tom Glavine and Greg Maddux and slugger Frank Thomas. Seeing all of these successful men in one place makes me want to give out hot business tips, and this one is a steamer: Go to a town like Cooperstown in the rural northeast, maybe Pittsfield or Rutland, and buy land. Then steal the blueprints for the current Baseball Hall of Fame and rebuild an identical building on your land. Then replicate all the things inside the Hall of Fame using whatever means necessary, even if it requires forgery or larceny. Then add plaques for Barry Bonds and Roger Clemens. Finally, open your “Baseball Hall of Fame Extreme Edition” to the public and watch the dollars roll in.

Vincenzo “Nibbler” Nibali became the first Italian to win the Tour de France in 16 years. But the real winner was fifth-place finisher Tejay van Garderen, who will come back to America having really seen the sights of France; by proxy, all of us are the winners. See, when you chat with Van Garderen now, he’ll be able to say things like, “Have you really spent some time in the French countryside? I have, and let me tell you, it is spectacular. Just spectacular.” He’ll then gesture to your wife, Diane, and add, “You and Diane really should make it out there, just the two of you, before you have kids.” You and Diane will then share a look that says silently, “Should we tell him?” because you and Diane have an almost telepathic capacity for communication, before agreeing that yes, why not? “I’m actually pregnant right now,” Diane will say, and you’ll see the joy in Van Garderen’s face coupled with a little bit of resentment, because Diane just undercut his story that was predicated on him coming in fifth in the most famous bike race in the world. And some combination of pride and camaraderie tinged with schadenfreude will bubble up in both you and Diane, making this a moment the two of you will never forget.

In a highly successful tour of wine country:

Newly acquired starter Jake Peavy could not do enough for the Giants to avoid getting swept at home by the Dodgers, as San Francisco lost, 4-3, to their intrastate rivals. “You can smell their desperation,” Dodgers manager Don Mattingly said of the Giants, who now sit 1.5 games behind the Dodgers in the NL West. “Going outside their organization begging for help in the sad bazaar that is trading for major leaguers? Giants? More like peasants.” Mattingly then buttoned up his frock coat, put on his top hat, and entered his horse-drawn carriage before adding, “The stink of poor teams does so offend my sensibilities. A team with even a modicum of class and taste would already have all the pieces it needs, because it bought them over the previous handful of seasons with no regard for cost.”

In seeing the sights in the Big Apple (and also New Jersey):

Jets cornerback Dee Milliner publicly said he is the best cornerback in the game. This story has been widely reported, but in an About Last Night exclusive we can confirm that the matter does not end with Milliner’s comments. That’s right, we’ve dug up evidence that Milliner is incorrect: all of the game tape and statistics from last year’s NFL season. In another bombshell, after a very shallow analysis of Milliner’s comments, it seems like he was just saying a thing to make the point he doesn’t want to be compared to other players. That’s right, Milliner does not actually believe he is the NFL’s best cornerback. And in one final bombshell, we at About Last Night are going on record saying this is a dumb nonstory, and hopefully our anonymous sources are correct that actual games of football will happen again soon.

In a visit to historic Wrigley Field:

Despite only striking out three, St. Louis ace Adam Wainwright secured his league-leading 13th win as the Cardinals beat the Cubs 1-0. Despite the loss, the Cubs still have a winning record against the Cardinals from 1905 to the present day (1,062-1,056), so cheer up, Cubs fans! You guys are winners, and the numbers prove it, so feel free to go out and explain why the Cubs franchise is better than the Cardinals franchise to any St. Louis fans you can find.

In, um, going to Cleveland for work:

Cavaliers star LeBron James will reclaim no. 23 for the upcoming season as he continues to reconnect with his roots in Cleveland. However, reports that LeBron could crash at his childhood home with his mother, Gloria, have been refuted, with sources close to Gloria suggesting there is no way she is giving up her crafting room just because Miami was “like college” for her boy. Additional sources suggest that Gloria said of her son’s return, “I’m glad he’s close again, but you know what’s more like college than Miami? College.” More anonymous sources added that enrolling in classes online at some “for-profit bullshit” wasn’t going to get her to put her sewing machine back down in the garage so he could throw a futon back where his bed used to be.