About Last Weekend: All About Johnny 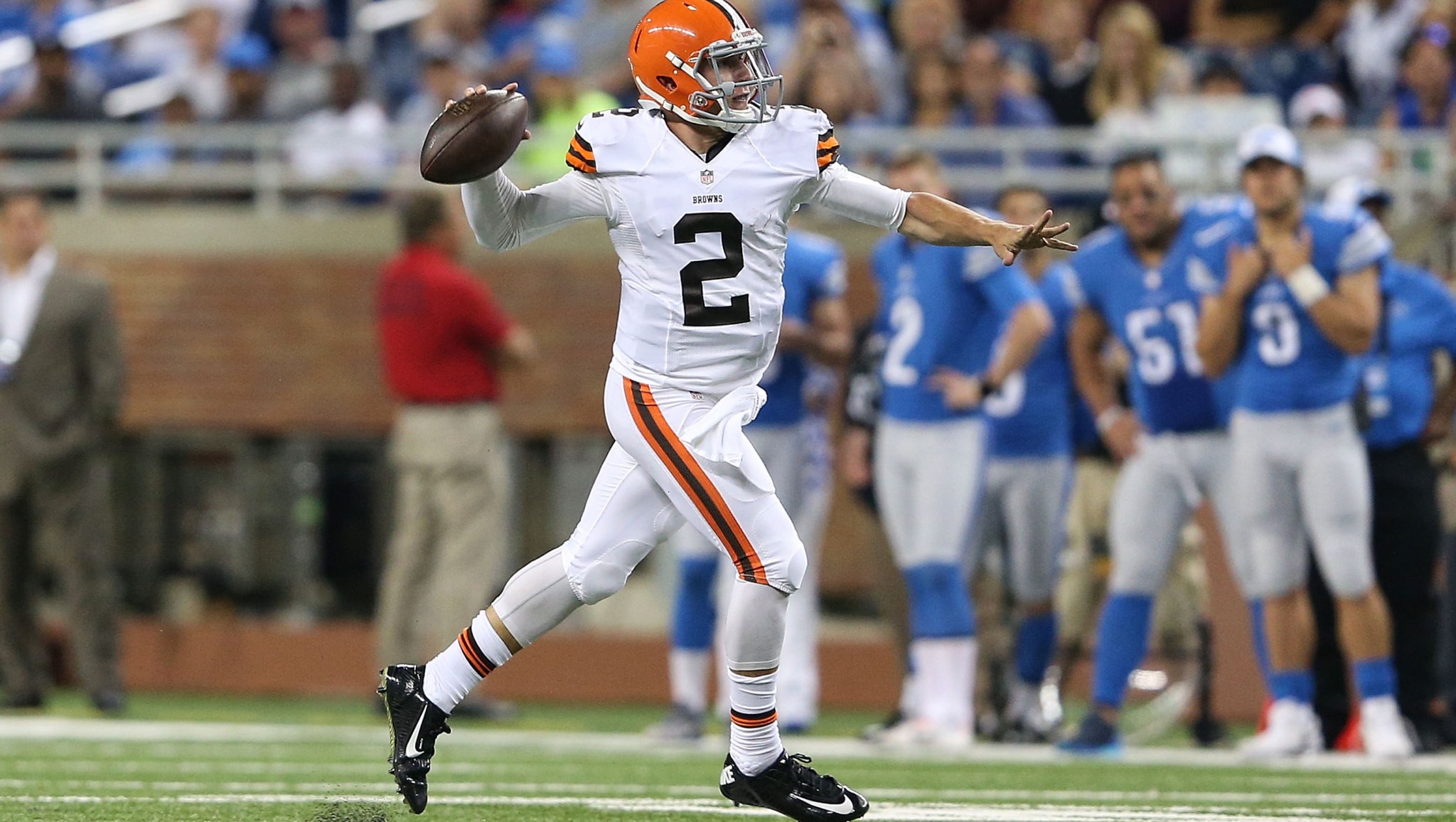 In case you were out doing your best to return the Community Shield to the community from whence it came, here are the top five stories you missed in sports last weekend:

In when does real football come back?

According to head coach Mike Pettine, Johnny Manziel asserted himself in the battle for the Browns’ starting quarterback job with a solid performance in Cleveland’s 13-12 loss to the Detroit Lions. When told of his coach’s comments, Manziel laughed and said, “Is that what Coach Petting Zoo said? That’s cute. Just like Coach Petting Zoo is.” Manziel continued to crack up as he added, “Also, petting zoos are cute. That’s part of why Coach got the nickname Petting Zoo. Also, because Petting Zoo sounds like his old name, back before he was Petting Zoo. But now he’s just Coach Petting Zoo. I changed it legally for him; forged his signature and everything. Made his wife get a divorce and remarry him. Now her name is Mrs. Missus Petting Zoo. Took his kids out of school. They got to keep their names, but I put them to work at a petting zoo. Also, I cut half of the team’s offensive line and brought in a bunch of ornery goats. Named all the goats Petting Zoo and gave them all uniform no. 69.” Manziel then smiled broadly and said his new catchphrase, “Ain’t Johnny the greatest?” before throwing a handful of food pellets at the gathered media.

Because football has many meanings, quasi-real football returned to England as Arsenal thrashed Manchester City, 3-0, in the annual Community Shield match, which pits the previous season’s Premier League champion against the reigning FA Cup champion. While the layoff between meaningful matches has been mercifully short this summer thanks to the World Cup, we’re still in a relatively fallow period for both types of football, so let’s just enjoy noted Frenchman Olivier Giroud banging in this golazo between Gauloise puffs with teammate Jack Wilshere:

In golfing from dawn till dusk:

Rory McIlroy won his second consecutive major, finishing the PGA Championship at 16-under to beat Phil Mickelson by a stroke. The tournament ended on a strange note, as the final pair of twosomes were put together into a single foursome so all players would be able to finish their rounds before darkness fell. The psychological balance also shifted when Mickelson said offhandedly, “Man, Rory, you’ll never know what it was like to be the best player in the world to have never won a major.” This made Rory think, and he shanked his tee shot almost into the water. While he was able to work his way back to save par and win the championship, know that Phil has a strange edge on Rory going forward. He also has a less strange edge on Rickie Fowler, who was also there for Phil’s comment and is dangerously close to becoming the best player to have never won a major.

In men playing a children’s game for too many innings:

One day after Albert Pujols hit a walk-off 19th-inning home run to blast the Angels past the Red Sox, Jose Bautista’s 19th-inning walk-off single gave the Toronto Blue Jays a crucial 6-5 win over the Detroit Tigers. Now this is just a weird fluke, a minor coincidence. But what if tomorrow brings yet another 19-inning baseball game? And what about the next day? And the day after that? What if every day suddenly had a single 19-inning baseball game? People will ask themselves, “Is this just how days are now?” And then soon they’ll stop asking and start accepting. The human mind is flexible and adaptable to its circumstances; we are infinitely capable of psychological malleability. Pretty soon we won’t remember an era before 19-inning baseball games. The absence of a 19-inning game would be as foreign as TVs with depth and iceboxes filled with ice. The infrastructure around not having one 19-inning game will fall away: All manually operated scoreboards will be longer, and maybe other stuff too. Until one day, let’s call it the day after tomorrow, there will be a day where no game goes to 19 innings. And freed from the tyranny of 19-inning games, we’ll be forced to once again look in the mirror and see ourselves for the monsters we’ve become: We’ll all be 19-inningers. And there will be no turning back.

In girls playing a children’s game for fewer innings:

Thirteen-year-old Mo’Ne Davis powered the Taney Youth team from Philadelphia into the Little League World Series and will become only the 18th girl to play in the tournament. SHOTGUN! SHOTGUN FILM RIGHTS! SHOTGUN! You all heard it! Standard shotgun rules are in effect. I called it. If anyone else tries to adapt Davis’s story or any variant that might be similar enough to create confusion in the marketplace, please let them know I already called shotgun on exclusive rights to exhibit the story into perpetuity, and that I also licked the film rights, so they’re mine.