About Last Weekend: The Unwritten Rules 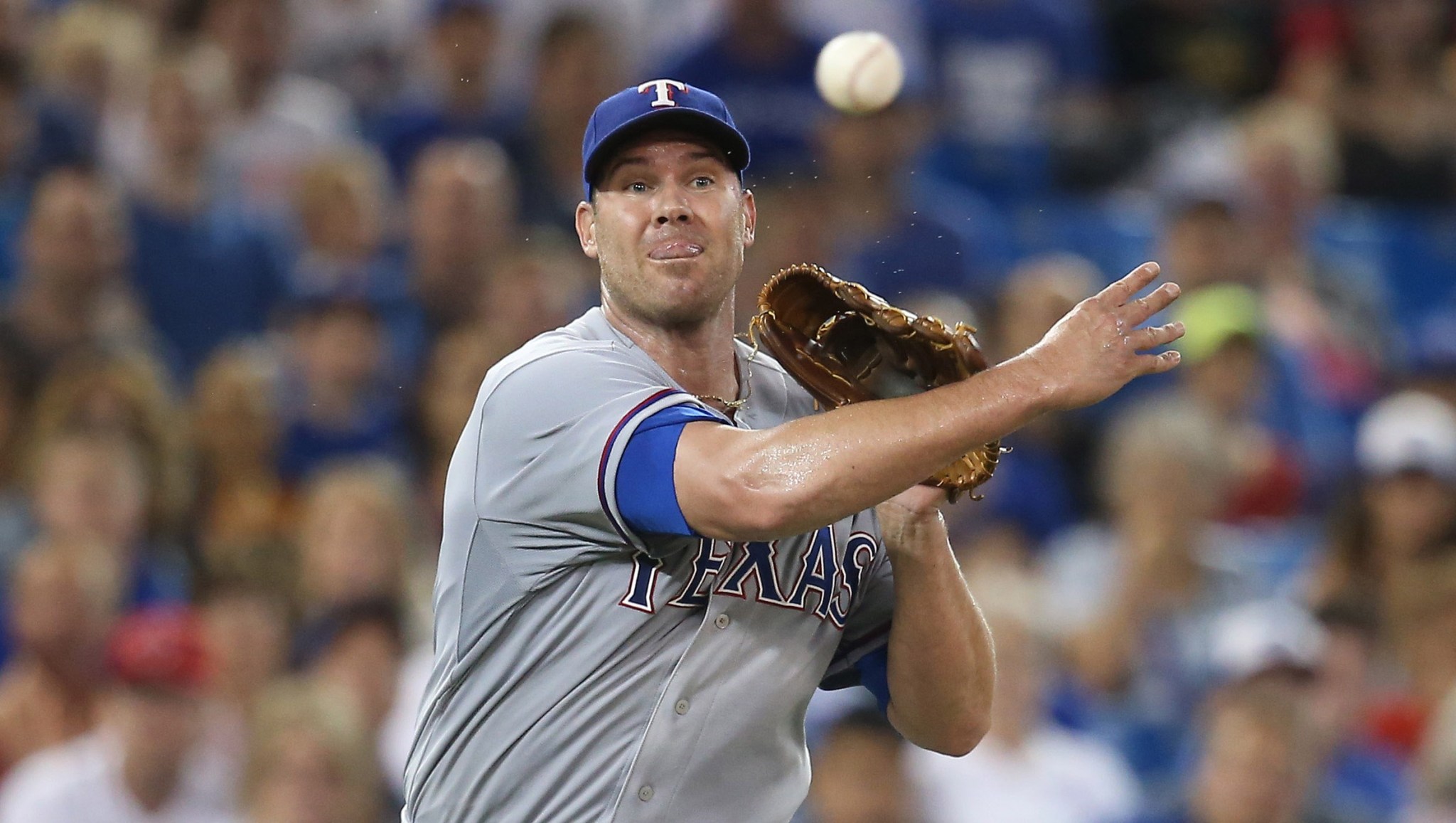 In case you were busy betting big on your son’s future sporting accomplishments, here are the top six stories you missed in sports last weekend:

In a battle of Colbys:

Toronto outfielder Colby Rasmus angered Texas starter Colby Lewis by bunting for a single in the Blue Jays’ 4-1 win over the Rangers. “I told [Rasmus] I didn’t appreciate it,” Lewis said after the game. “You’re up by two runs with two outs and you bring a bat to the plate? I don’t think that’s the way the game should be played.” When asked how he thought the game of baseball should be played, Lewis replied, “With two peach baskets set up on opposite sides of a court-type area. Five men to a side. One round rubber ball shall be the focal point of the game. It will be bounced when in the possession of players, and must be inserted into the baskets for scoring to occur. If the organizers are unable to procure a peach basket, a netted web-type material shall suffice. The game shall be played for a predetermined interval, with baskets counting for between one and three points depending on distance and circumstance. That’s how you play baseball. Not with bats! Someone could get hurt!”

In wishing nothing but the best for them both:

McIlroy’s ex-fiancée, Caroline Wozniacki, also brought home her first title of the year, winning the Istanbul Cup 6-1, 6-1 over Roberta Vinci. “I was the world’s top player for 67 weeks,” Wozniacki said after the tournament. “I have 22 career titles. Rory’s numbers in those categories are 39 and 13.” When asked why she was so obsessed with her ex’s digits, Wozniacki sighed and replied, “Really? I’m a world-class athlete, and I’m just saying maybe don’t refer to me in relation to someone else in every report on my win.” When asked why she cared so much about how she was being described, Wozniacki said, “Oh, so this is the catch-22 of being a successful woman in sports? Right here? Right now?” Wozniacki then spread her arms out wide and said, “Don’t mind me, just soaking it all in.”

In the finale of a trio of games that came down to the final at-bat, the Los Angeles Angels grabbed the rubber match with a 6-5 win over the Seattle Mariners to tighten their grip on the first AL wild-card slot. “I told Mike Scioscia I didn’t appreciate it,” Mariners manager Lloyd McClendon said after the game. “You’re up by half a dozen games in the standings and you bring Mike Trout to the ballpark? That’s not the way the game should be played.” When asked how he thought the game should be played, McClendon mumbled something about former Mariners general manager Bill Bavasi drafting Jeff Clement over Troy Tulowitzki and punched a wall.

According to a source familiar with the negotiations, a prospective ownership group out of Toronto led by rock icon Jon Bon Jovi is committed to keeping the Buffalo Bills in Buffalo were they to purchase the organization. This source? The ghost of Art Modell, who has been doomed to an afterlife spent splitting his time between Buffalo and Clay Bennett’s house in Oklahoma City.

In playing the game the right way:

Los Angeles starter Clayton Kershaw registered a rare no-decision after giving up an unexpected home run to Cardinals center fielder Peter Bourjos, but the Dodgers still grabbed a 4-3 win over St. Louis. The series saw both Hanley Ramirez and Yasiel Puig exit with hand injuries after getting hit by pitches. “I told Mike Matheny I didn’t appreciate it,” said Dodgers manager Don Mattingly, when asked about the injuries following Sunday’s game. “But I understand that sometimes you have to throw at players for even the smallest of perceived slights. I just don’t get what we did to deserve two beanings. I mean, it isn’t like we had guys trying to bunt for singles in the middle of a baseball game.”

Jalen and Jacoby: Popping the Trunk on the NBA Offseason