About Last Weekend: Yanks Slug One Out 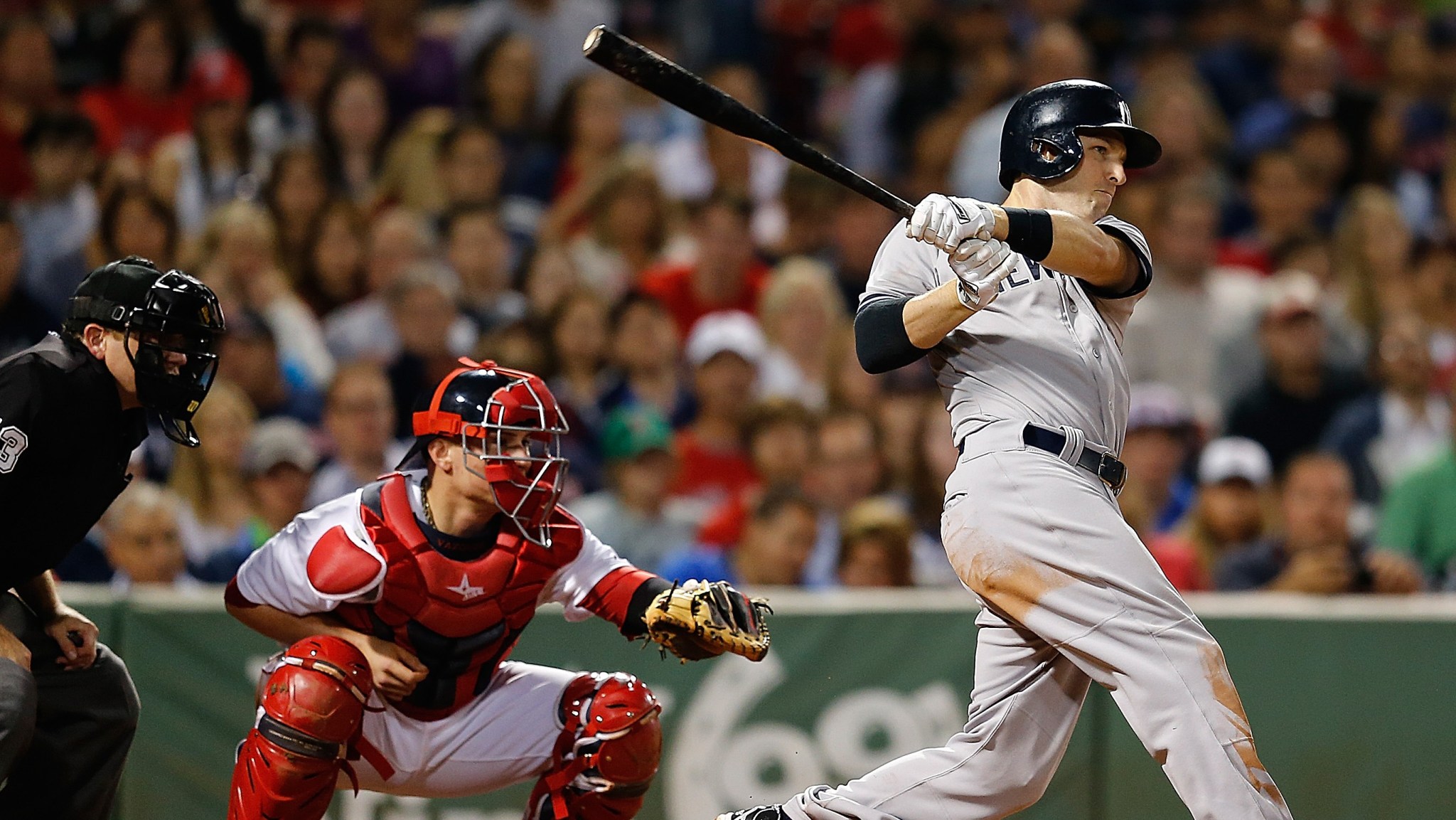 In case you were busy grooving to the sultry tones of Cris Collinsworth coming over the airwaves for the first time in far too long, here are the top six stories you missed in sports last weekend:

Despite losing starter David Phelps to an elbow injury, Brett Gardner’s fifth home run in six games powered the New York Yankees to an 8-7 win over the Boston Red Sox in the rubber match of their three-game series at Fenway Park. “We’ll just drive,” screamed a terrified Yankees general manager Brian Cashman upon hearing the news of another elbow injury to his team’s starting rotation. As he hurried his family into an SUV, Cashman said, “We’re just going to drive until that maniac can’t find us. And we’ll be free of his presence forever.” As Cashman, with his family in tow, hit the Taconic State Parkway outside of New York City on his way to who knows where, he felt safe for the first time he could remember. However, Cashman forgot to check under his Jeep, where 72-year-old Dr. James Andrews, who had tattooed “TMMY” and “JOHN” onto his knuckles, held tight to the undercarriage.

Pacers All-Star Paul George broke his leg in a Team USA scrimmage and is likely to miss the upcoming NBA season. The only silver lining for Pacers fans is that they can now ask questions like, “Are we the most cursed franchise in the NBA?” and receive thoughtful “Maybe, depending on how you look at it”–type responses from their friends and family members. This is also a silver lining for the rest of us, as we now all know the saddest silver lining in sports fandom history.

Diamondbacks slugger Paul Goldschmidt is likely out for the year, according to manager Kirk Gibson, after breaking his hand Friday. The only silver lining for Diamondbacks fans is that they can now go into full tanking mode, or as that tactic is known to MLB draft aficionados, “Play like a spaz for Daz,” a reference to top prospect Daz Cameron, son of former MLB outfielder Mike Cameron. This is also a silver lining for the rest of us, as we all now know that Mike Cameron has a son named Daz who is a potential top overall draft pick.

Tiger Woods grabbed headlines by suffering another back injury, leaving the weekend’s golfing plaudits to fall to Rory McIlroy, who passed Sergio Garcia on Sunday to win the WGC-Bridgestone Invitational at 15-under. This is the second consecutive tournament in which Garcia finished second to McIlroy, prompting Garcia to complain, “What’s Rory’s problem with me? Has anyone ever had more of an ‘always the bridesmaid, never the bride’ relationship with this guy?’”

In hand-soccer corridors of celebrity:

Football is kind of back, and oh, how kind of great it is! The NFL preseason kicked off Sunday with the New York Giants beating the Buffalo Bills, 17-13, in the annual Hall of Fame Game in Canton, Ohio. The game was notable for its implications for the league’s Canadian fan base, as it pitted the Bills, a team that gets attention by threatening to move to Canada, against the Giants, whose quarterback used to swear he had a girlfriend from Canada that he met at camp, despite his refusal to let his older brother talk to her on the phone or see a picture of her.

Brett Favre’s no. 4 will be retired by the Packers next year as the legendary quarterback enters the Hall of Fame of the franchise where he played for 16 seasons and won his only Super Bowl ring. “He’s gone. It’s done,” declared Packers quarterback Aaron Rodgers to backup Matt Flynn as his own Super Bowl ring slipped off his finger and into the fiery cauldron of Mount Doom. Flynn then turned to his friend and said, “Yes, Mister Aaron, it’s over now.” The two men, sweaty and bedraggled, took a moment to take in the enormousness of what they had overcome until Rodgers could no longer hold back his tears. “I’m glad to be with you, Matthew Flynn, here at the end of all things,” Rodgers said, before adding, “I also deeply regret throwing my Super Bowl ring into that volcano. I feel like that played no part in Brett’s final retirement.”