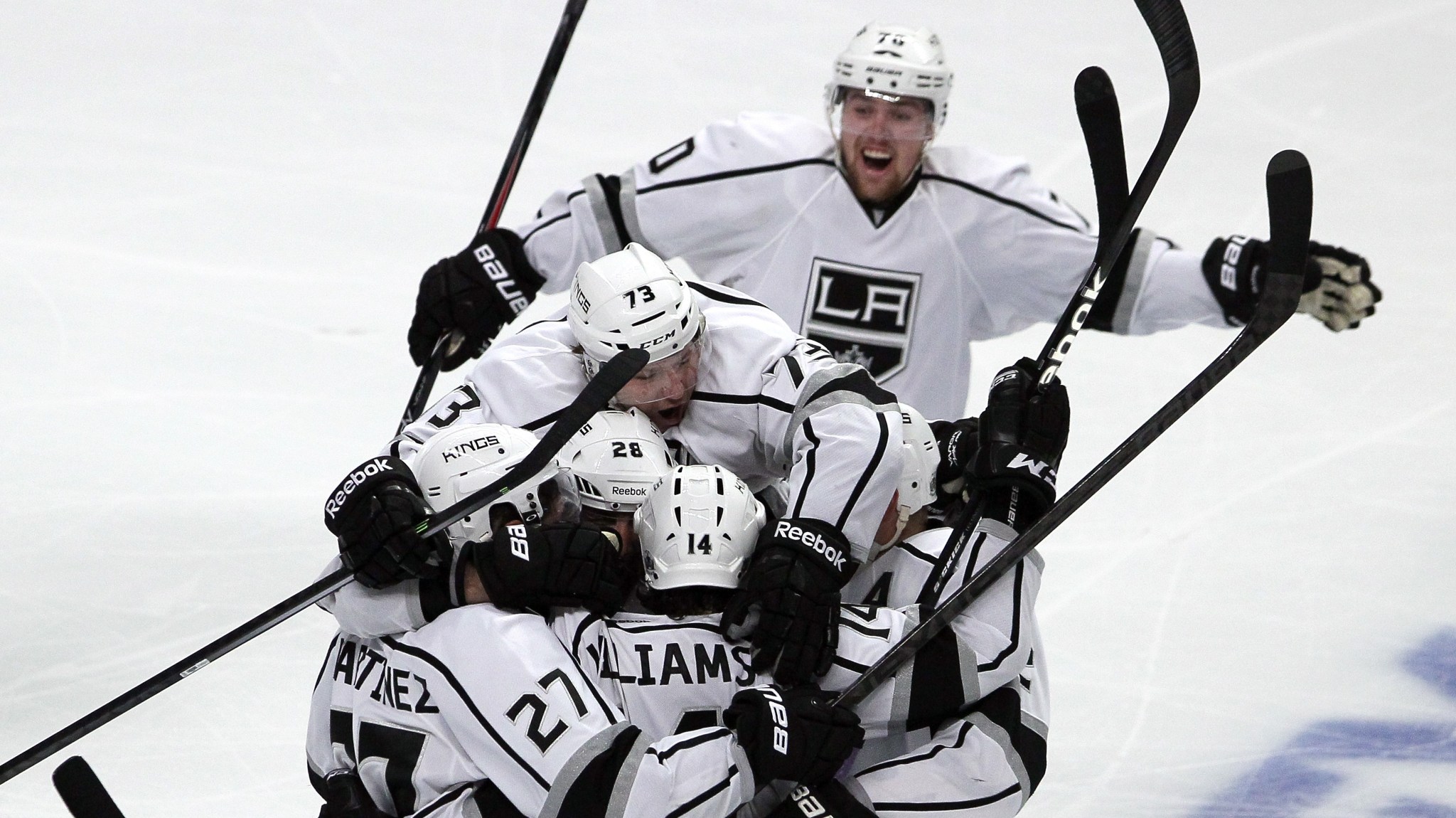 In case you were busy experiencing what life can be like in the 22nd inning, here are the five biggest stories you missed in sports last weekend:

In really stressful sliding and slapping:

The Los Angeles Kings are going to the Stanley Cup final after defenseman Alec Martinez hit a deflected Game 7 overtime winner past Corey Crawford, eliminating the Chicago Blackhawks by a 5-4 margin. The Kings have now clinched all three playoff series with Game 7 wins on the road, a record that captain Dustin Brown attributed after the game to “our preternatural love of awkward silences. You know, like … hmmm … ” Brown then trailed off and sat still as the gathered press corps looked around the room for a solid 30 seconds before he added, “Oh yeah, that’s the stuff.”

We’ve got an NBA Finals rematch on our hands after Miami felled Indiana, 117-92, and San Antonio overcame strong performances from Kevin “Muffins” Durant and an inspired Russell Westbrook in a thrilling 112-107 overtime win over Oklahoma City. “Back to the ol’ Finals,” said a weary Tim Duncan after his team’s dramatic win. “Whoop-dee-doo.”

When asked what he was thinking when he executed the precision piece of passing above, Duncan replied, “Man, I don’t know. I’m just so tired. It was the right pass to make. What do you want me to say? I don’t think I can take seven more games of this.” When told that the Finals could go fewer than seven games, Duncan sighed and said, “Come on. Does this look like my first rodeo, hombre?” Duncan then yawned without covering his mouth before adding, “If only I had been randomly rested more often this year. If only.”

Blue Jays starter Mark Buehrle is the first MLB starter to 10 wins after throwing eight scoreless innings in Toronto’s 4-0 victory over the Kansas City Royals. Buehrle also improved to 25-12 against the Royals for his career, a record he described as “an embarrassing testament to 12 times I let my teammates down.” A visibly disgruntled Buehrle then added, “I’m pretty sure all of those losses involved Angel Berroa or Yuniesky Betancourt, so thanks for ripping open those old scabs.”

In the dangers of hope:

Though not comprehensive in victory, the U.S. men’s national team looked to be in solid form while beating Turkey, 2-1, in their penultimate World Cup tuneup. And in case the result itself didn’t give U.S. fans an overabundance of (likely false) hope, Clint Dempsey did this in the midst of a quality attacking performance:

I mean, if you squint hard enough at that GIF, you can almost see America beating Portugal. And if you aren’t squinting hard enough to see that, then just squint harder. Harder! Now your eyes are closed. Good job! Now keep them that way for a while. Now you’re asleep. Now you’re dreaming. What’s that you see? It’s Brad Guzan! Wave to Brad Guzan. Now you have control of your dreams. Now look around you, and think Brazil. You’re in Brazil! Great work. Now look up at the scoreboard. Think dos a cero, and think it hard. Harder! Now America is beating Portugal 2-0. Now open your eyes. You’re awake now. Congrats! You squinted hard enough and America beat Portugal. Unfortunately you forgot to dream America getting points against either Ghana or Germany, and the U.S. men’s national team still failed to advance out of the World Cup group stages.