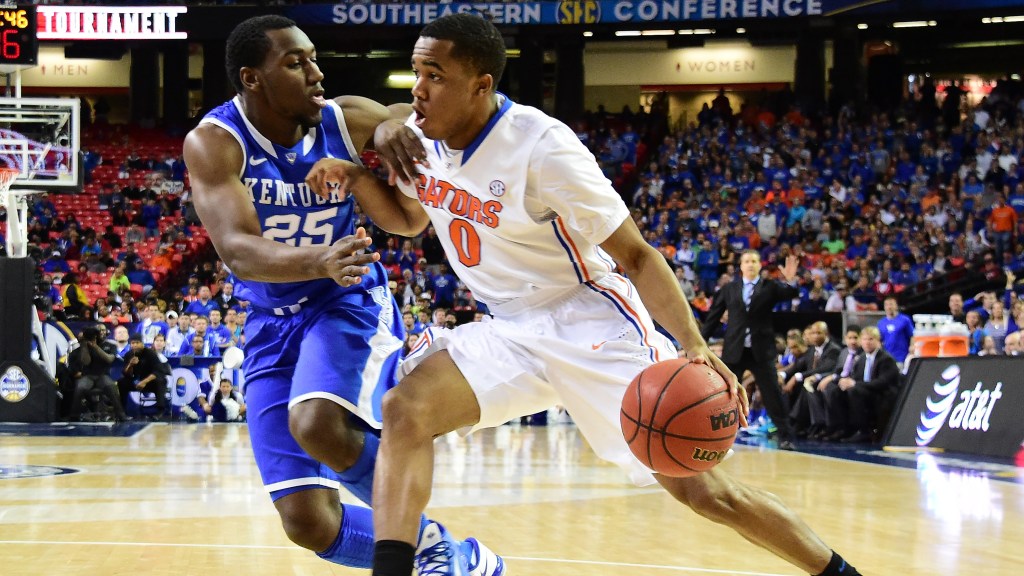 In case you were busy picking Rick Barnes to make the Sweet 16 even though he hasn’t had Kevin Durant at his disposal in years, here are the top six stories you missed in sports last weekend:

The NCAA tournament brackets are out, and About Last Night is here to help you fill yours out with an 11-step plan for success you will not find anywhere else:

Step 1: You’re going to try to talk yourself into Pittsburgh’s chances against top overall seed Florida in the Sweet 16. Do not do this.
Step 2: Seriously, don’t pick Pittsburgh.
Step 3: No, I get it. It has a lot of great near misses. And Florida has a lot of close wins. Numerically, they profile more similarly than one would think. DO NOT PICK PITTSBURGH.
Step 4: Why are you fighting me on this?
Step 5: IT ISN’T GOING TO WIN.
Step 6: BECAUSE I KNOW.
Step 7: What do you mean, “How do I know?” How does anybody know anything?
Step 8: I know it’s a stupid question.
Step 9: Fine. Empirical observation is a way of knowing things.
Step 10: No, I can’t prove reality isn’t a construct made by a giant machine for you right now.
Step 11: Whatever. Do what you want.

Virginia parlayed its 72-63 ACC championship win over Duke into the school’s first no. 1 seed in the NCAA tournament since 1983. When asked about his school’s unprecedented seed, the ghost of Virginia founder Thomas Jefferson replied, “History, in general, only informs us what bad government is,” before dropping the paranormal microphone and adding, “Ooooo, I’m a ghost, spooky.”

Anthony Davis is very good at basketball, as was evidenced by the 40-point, 21-rebound showing he put up in New Orleans’s 121-120 overtime win over Boston, while Golden State beat Portland, 113-112, because Steph Curry did this:

I mean, sure, other stuff happened in the game that technically affected the outcome. But none of it mattered because that happened.

Novak Djokovic grabbed a hard-fought 3-6, 6-3, 7-6 (3) win over Roger Federer at Indian Wells to bring home his first ATP title of the season. It was a tough loss for Federer, who hopefully will be able to console himself by remembering that, statistically speaking, he’s objectively more successful, more talented, and better looking than every other person in history save for a rounding error’s worth of people whom have had dozens of statues erected in their image.

Ray Allen’s 25 points were enough for the Miami Heat, who overcame Dwight Howard and the Houston Rockets 113-104. The game was marred by an incident in which Howard approached the Miami huddle during a timeout, farted, and then yelled, “I think Ray did that fart!” When asked what he was talking about, Howard replied, “He got blamed” before collapsing in hysterics. When he saw that no one else found his joke particularly funny, Howard explained, “Like the movie he was in. He Got Game.” But that only led to a cruelly dismissive headshake from Heat forward Shane Battier, whom Howard then called “Fattier” before running back to the safety of his team’s bench. Howard then told teammate Omer Asik that he covered the entire opposing unit in “Dwight-Out,” which only served to confuse the Turkish big man, because in Turkey, Wite-Out is known by the brand name Liquid Paper.

Spurs manager Tim Sherwood looks sure to be fired at the end of the season after his team’s tepid 1-0 loss to Arsenal, while David Moyes’s fate at Manchester United looks precarious as well after his team put up another poor performance, conceding three penalties en route to a 3-0 home loss to Liverpool. “Three penalties? That’s nothing,” said Vancouver Canucks enforcer Tom Sestito as he cracked his knuckles. “If this About Last Night doesn’t include some reference to hockey, there’s going to be a lot more penalties than that, I promise you.” When asked what specifically he would like referenced, Sesito said, “How ’bout my team’s 4-3 win over our former keeper Roberto Luongo? That’s a pretty big story.” Unfortunately there was no room to mention that story, and Sesito was assessed a five-minute major for hitting me in the face.

Who's That Guy? Memphis's Joe Jackson!