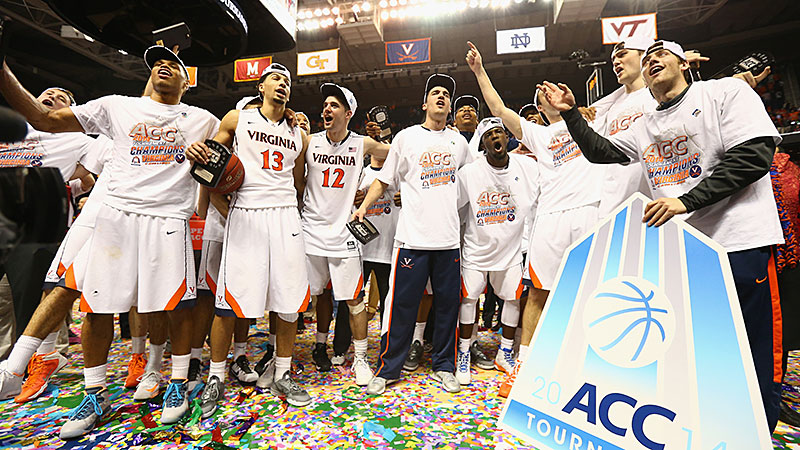 Meet Virginia, the most proudly not-watched no. 1 seed in NCAA tournament history. This applies to typical Twitter pundits, our own Mark Titus claiming he’s slept on the Cavaliers in damn near every one of his power rankings and … myself, a UVa alumnus and presumably someone who’s in a position to speak on behalf of all Wahoos. Instead of actually watching the ACC championship game while it was happening, I made plans to do some volunteer work with an urban gardening program. It was Duke. In Greensboro. Virginia hadn’t won an ACC tournament since I’ve been alive. I figured the karma couldn’t hurt.

Virginia soundly beat Duke, 72-63, despite the headlines that used more cautious verbs such as “edged” or “tipped.” Malcolm Brogdon and Joe Harris anted up the points, the rest of the rotation could merely chip in, Akil Mitchell played lockdown defense on Jabari Parker, Justin Anderson provided wild-card mojo, London Perrantes kept a steady hand, Anthony Gill made you question why he was continuously left out of “Impact Transfer” pieces … and the free throw disparity had Duke fans claiming, with straight faces, that Greensboro referees were out to screw them over.

UVa did not win because I called in a supernatural favor. Superstitions are in place to break curses, and curses are somehow more dignified and enviable than the cloud of mediocrity that has hovered over Virginia sports during the past two decades. It’s the kind of cloud that makes you weirdly civic-minded on Sunday mornings because “there’s gotta be more than this.”

“Mediocrity” is a viable term to describe Virginia’s athletic program, though. It’s the kind of mediocrity that can be tolerated, through the specific blend of elitism and inferiority complex at the school. If you don’t think that’s a real thing, perhaps you’ve never heard the proudly wielded phrase “Public Ivy.” You’ll hear people tout the breadth of UVa sports — yeah, they’re a perennial contender in men’s soccer, baseball, and lacrosse. But those are three sports that are tremendously difficult to support because they’re the most likely to be played by the people you hated in high school. 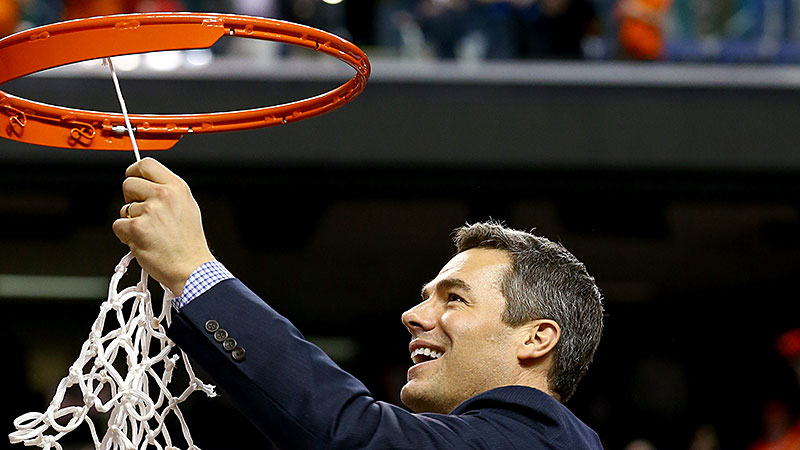 All of which made Virginia’s hire of Tony Bennett in 2009 a masterstroke, and not just because he made Washington State relevant for something other than supposedly giving a basketball scholarship to The Game. Bennett’s arrival told fans what they wanted to hear after slick-talking, East Coast–recruiting mavens Pete Gillen and Dave Leitao flamed out. UVa was going to play the pack-line defense and recruit guys who were in no danger whatsoever of jumping to the NBA.

Programwise, Virginia has become a warm-weather version of Wisconsin. The Cavaliers are a no. 1 seed and it’s not not weird. But it’s a no. 1 seed that allows the same elitism and inferiority complex to mingle. Despite the euphoria, I anxiously await the inevitable rumors of Bennett being linked to the Indiana or Texas jobs. I’ll pick Iowa State or Michigan State in my tournament pools as a hedge. I have both the ego and the pessimism to believe we’re gonna be the no. 1 seed to finally fall to a 16-seed, so I’ll talk myself into fearing Coastal Carolina, a school with a kick-ass PGA golf management program and teal uniforms. Let’s be real, UVa could probably win the whole damn thing if it’s on its game — as Virginia Beach’s finest put it, they’re soft-spoken with a wild side. It will beat the Chanticleers by 25. But Memphis or George Washington is probably gonna send me to a soup kitchen again.

About Last Weekend: It's Madness!