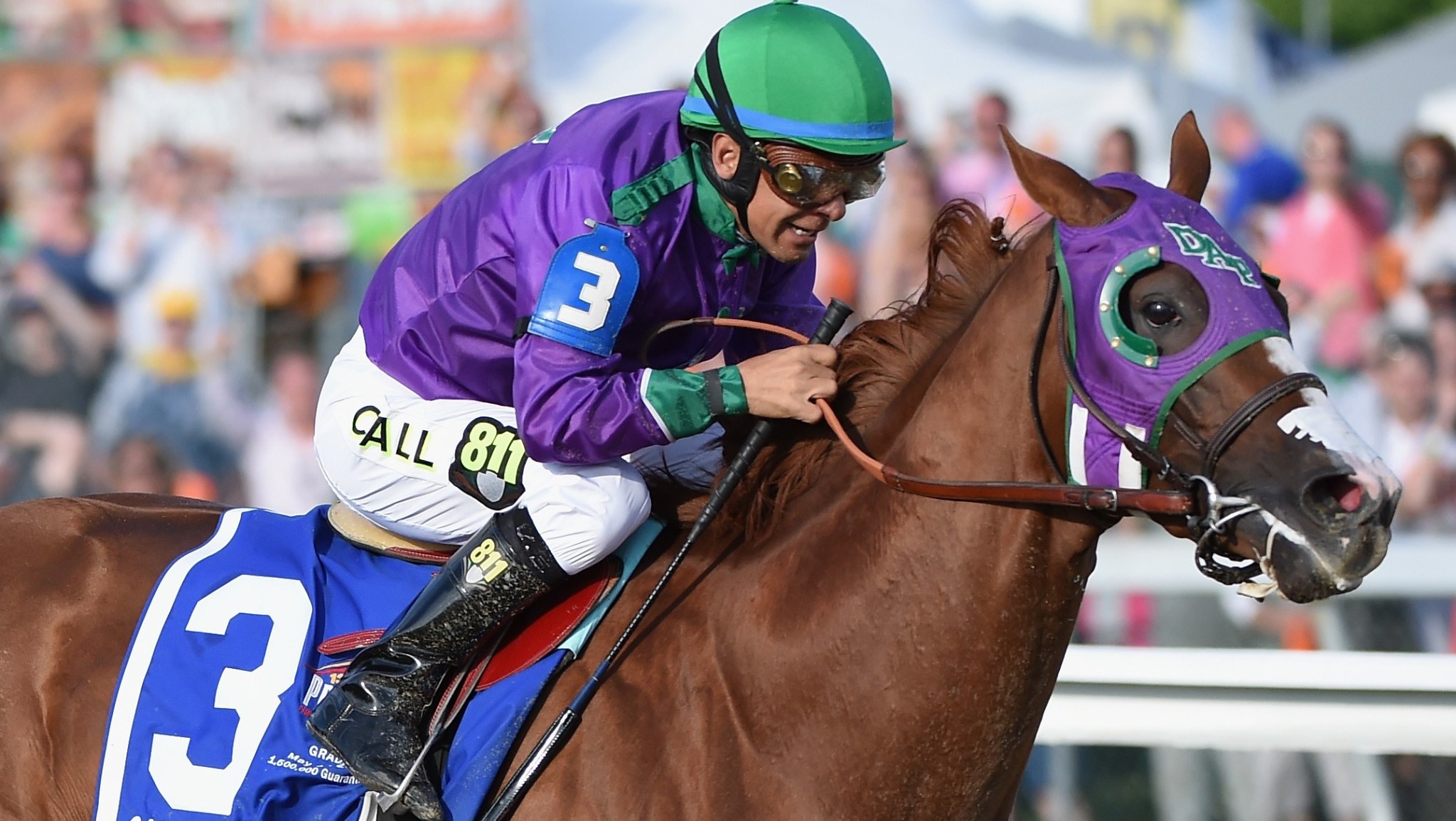 In case you were busy getting swept up in Bortle-mania, here are the top six stories you missed in sports last weekend:

California Chrome eased to a win at the Preakness, setting up a Triple Crown bid that may be derailed because of his use of nasal strips that have been banned by the New York State Gaming Commission, which controls the Belmont Stakes. This is the saddest story involving nasal strips since my freshman year in college. Some kid woke up in my dorm from a late evening nap and decided to crash a party in the common room without realizing he was still wearing a nasal strip. In the process he earned himself the nickname “Breathe-Rite,” which stuck until the end of junior year. Man, that was sad, and I hope that person totally blocked out that memory … wait a second … “Breathe-Rite”? Why do those words make my heart race? … Oh, no! That was me! Oh god, I’m Breathe-Rite! What have I dredged up? Nothing. Nothing at all … moving on …

In being pretty sure that Dr. Jekyll’s the good one:

The Indiana Pacers came to play in Game 1 of the Eastern Conference finals, beating the Miami Heat, 107-96, at Bankers Life Fieldhouse. “You better not be asking for a home loan, D-Wade,” shouted Lance Stephenson before tipoff, “because I look at you as a guy who deserves no credit.” As Stephenson collected a host of high-fives from his teammates for his delightfully sick burn, Wade shot back, “Yeah, Lance? Well, you’re just a slave to corporations, man. Didn’t you have dreams once? Of being something bigger than just a man, living the life of a banker, shuttling through day to day without really feeling anything?” Stephenson paused and thought. He had dreamed once. Of becoming a professional basketball player, and playing on an enigmatic yet excellent team that stumbled its way to greatness on the back of its physicality and athleticism. Then Stephenson realized he was living that dream, and as he came back with, “I have a dream that I’m gonna reject your applications not once, not twice, not three times … ” Lance knew that Game 1 was in hand before the first shot had been taken.

In the ongoing reclamation of Phat Albert:

In the inexorable march toward the end of the NHL season:

The New York Rangers put up a comfortable 7-2 win over Montreal in the opener of the Eastern Conference finals while the Chicago Blackhawks outplayed the Kings in the first game of the Western Conference finals, winning 3-1 behind goals from Brandon Saad, Duncan Keith, and Jonathan Toews. “It’s like I always say,” remarked Blackhawks head coach Joel Quenneville. “We’re a different franchise than we were. I mean, 10 years ago we had no Saad, no Keith, and no Toews. Now we have all three.” Quenneville then paused before saying, “Well, I guess we owned the rights to Keith in 2004. And tasers were a thing. And I was pretty sad about Friends going off the air. But you generally get what I’m saying about our franchise.”

Despite playing on clay, Novak Djokovic came from behind to beat Rafa Nadal 4-6, 6-3, 6-3 in the Italian Open final, adding a new level of intrigue to the upcoming French Open. For example: What will it feel like for Nadal to win the French Open when someone might consider him an underdog heading into the tournament? It will probably feel weird for him. Will the weirdness of winning the tournament handily when people expect that he could maybe lose throw off the notoriously inflexible Nadal, causing him to win handily anyway? Or will he win handily, unfazed by the weirdness of public skepticism? Either way, the French Open promises to be full of Rafa Nadal winning the French Open.

Arsenal ended their nine-year trophy drought with a 3-2 extra-time win over Hull in the FA Cup final, while Atletico Madrid became the first team other than Real Madrid and Barcelona to claim a La Liga title in nine years with a 1-1 draw against Barcelona. Man, nine years? That’s a long time. Where was I nine years ago? I must have been a freshman in college. I don’t remember what happened in European soccer that year at all. Actually, come to think of it, I don’t remember anything from that year. Maybe if I breathe right my brain will start working again … Breathe right … Breathe-Rite? Oh god! NO! NO! NO!