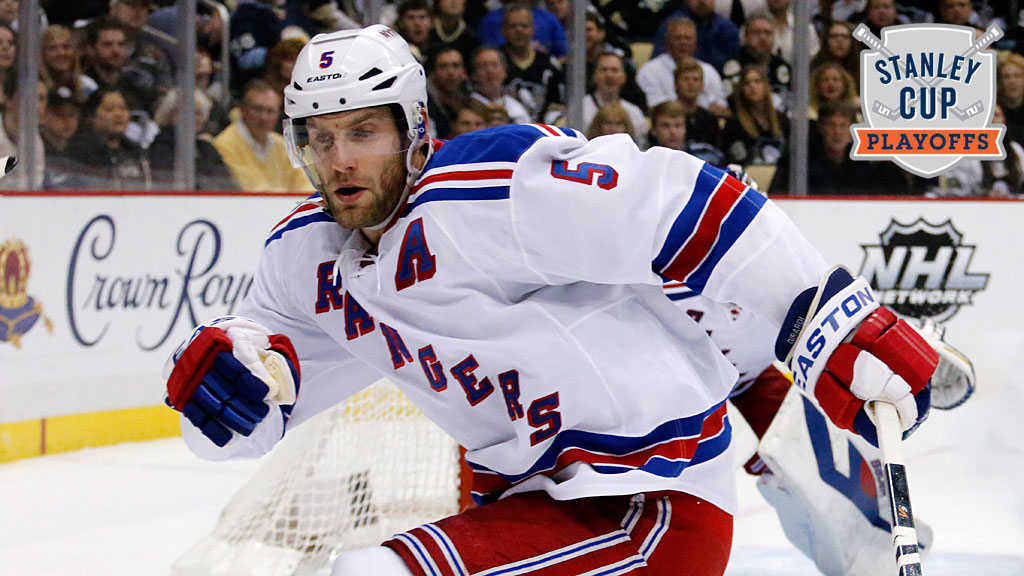 The Eastern Conference finals begin Saturday, pitting the New York Rangers against the Montreal Canadiens, in what should be the best matchup of the playoffs in terms of uniform aesthetics. Blue, red, and white are a popular color pattern for a reason, and the shades used by both clubs absolutely pop on television.

Oh, hey, it also happens that the hockey should be pretty good, too. The Rangers may have been written off after a dismal October and the Canadiens surprised everybody in their first two playoff series, not only managing to beat much superior puck-possession teams but being able to hang with them in the process.

Both clubs have found that idyllic mix of depth and star talent; both New York and Montreal are where they are today because their third and fourth lines have found a way to pick up the slack; Rick Nash is goal-less, and Max Pacioretty was shut down by Zdeno Chara throughout the second-round series against Boston, but it’s those contributions down the lineup that brought those teams this far. In their respective second-round Game 7s, New York got a goal from Brian Boyle, and Montreal got one from Dale Weise — the former Dutch league star has three goals already in the postseason, one short of his regular-season career high of four.

Hockey’s quantitative analysts tend to look past the star talent and gauge teams by the quality of their second and third lines. Credit is due to Rangers GM Glen Sather for finding useful players like Mats Zuccarello, Carl Hagelin, and Derick Brassard — three speedy forwards who regularly contribute on offense. Beyond that, the team went out and acquired two guys who are favorites of quants, Dominic Moore and Benoit Pouliot, who has been a tremendous addition. Pouliot has bounced around the league for the better part of his career since being selected fourth overall in 2004, but has been a reliable possession winger for the last five seasons. With Pouliot on the ice this season, the Rangers had a Corsi Close of 55.1 percent, a mark that was fifth-best among regular skaters. Although he had a decent campaign offensively with 36 points, his defensive contributions invariably get overlooked by casual observers.

The main thing to consider is that the Rangers — and to a lesser extent Montreal — have had success while avoiding the temptation to replicate the Boston Bruins. Speed and skill dominate the back sixes, not size, which poses an intriguing challenge for both defensive units. In New York, Dan Girardi and Ryan McDonagh have covered opposing top lines together for more than three seasons. Montreal, unlike Pittsburgh or Philadelphia, has weapons throughout the lineup, not just on the top line, which means coach Alain Vigneault must increase the workload of his other two pairings if he wants to commit to a “McDonagh on Pacioretty” matchup.

Ditto for the Habs. Coach Michel Therrien was criticized for his continued deployment of Douglas Murray throughout the season, and he’s recently been forced to play an oft-overlooked trade-deadline pickup in Mike Weaver on his third pairing. The more Montreal moves away from Murray and forwards Travis Moen and George Parros, the more success they’ve had, as evidenced by the turnaround of Lars Eller this postseason and the unlikely dominance of Weise, 36-year-old Danny Briere, and Rene Bourque.

And then there’s P.K. Subban. Therrien is no longer shy about playing hockey’s biggest star in high-leverage situations, even if Alexei Emelin and Andrei Markov still act as the team’s top defensive pairing. Not only is Subban the leading scorer of hockey’s highest-scoring playoff team, he has played nearly 27 minutes a game on a defense that has flipped the story from the regular season: The Habs have only won a single game this season in which Carey Price has been forced to stop more than 30 shots on goal. Price has been excellent, but is by no means the only reason the Canadiens find themselves in Round 3.

There’s a lot of meat in these finals, beyond the two handsome goaltenders, audience appeal of an Original Six series, and possibly the best jersey matchup in the Eastern Conference. The excellent goaltending could mean this series isn’t just fast-paced, but tight and low-scoring, increasing the importance of each goal. So, yes, I guess I’m excited. Especially about the jerseys. And P.K. Subban.