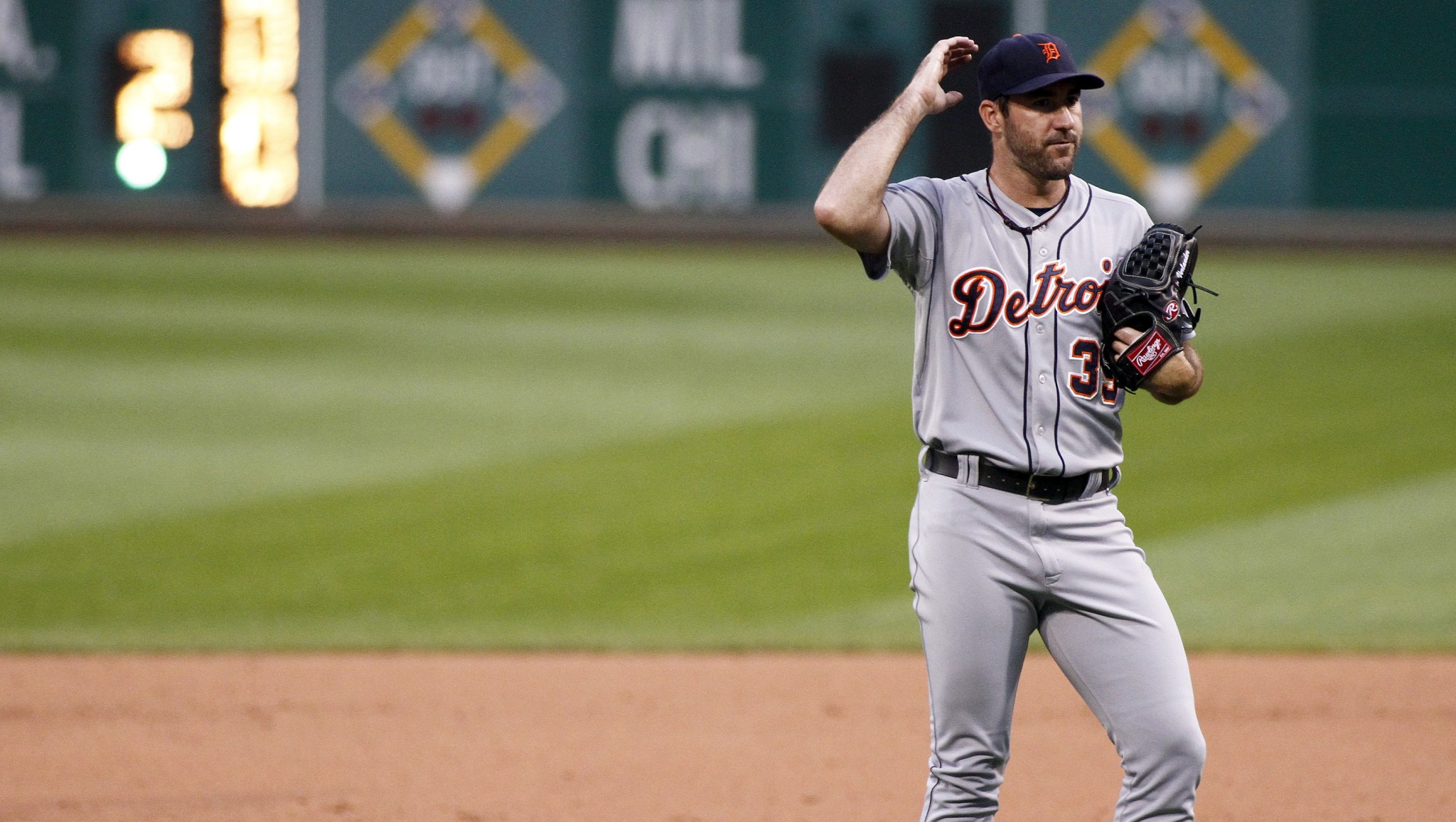 In case you were busy run-by-fruiting Pierce Brosnan one last time, here are the top six stories you missed in sports on Monday:

Things have gotten weird in the AL Central, where the suddenly injury-ravaged Detroit Tigers have fallen out of first place after losing to Pittsburgh 11-6, and have been supplanted by the red-hot Kansas City Royals, who won their eighth straight game 3-2 over the Oakland A’s. Deepening Detroit’s woes was an apparent shoulder injury suffered by starter Justin Verlander. “Am I going to have to see Dr. James Andrews?” asked a despondent Verlander as he walked off the field after the first inning. Tigers manager Brad Ausmus turned to Verlander and told him, “Justin, it’s not your fault.” But Verlander, preoccupied with his own health, could manage only to lament, “If only that doctor clown were still around. Then I’d at least have one thing to smile about.”

The Baltimore Orioles pounded the New York Yankees 11-3 to extend their AL East lead, but the victory proved a Pyrrhic one, as third baseman Manny Machado suffered a sprained knee. “Hey, Jim, it’s me, Hank,” said Yankees owner Hank Steinbrenner as he called up Lakers president Jim Buss after the game. “I’m somewhere between rock bottom and the pool of cheap whiskey that lies below rock bottom. How do you deal, man? How do you deal with the expectations of being your father’s son? How do you deal?” After a brief pause, Steinbrenner heard the sound of a poorly played blues guitar riff. And just as he was putting together his mistake, a voice cried out, “I sing, Hanky! I sing! Oh, I’m so glad you called — wanna come over and jam?” And in that moment, Steinbrenner realized he’d called the wrong “NBA Jim,” and had just inadvertently become Knicks owner James Dolan’s new best friend.

Felix Hernandez continued his record-setting run of ultra-high-quality starts and got a rare dose of run support as the Seattle Mariners beat up the Toronto Blue Jays 11-1 to maintain contact in the AL wild-card race. Unfortunately, Hernandez was unavailable to the media after the game, as he was, according to team sources, “hiding from Jimmy Kimmel or whoever so that the whole ‘Mariners offense prank’ would have to keep going.”

The Toronto Raptors were fined $25,000 after Drake gave a shout-out to reigning NBA MVP Kevin Durant at a recent concert in Toronto. The Raptors were surprised by the fine, as no punishment was doled out when Rush lead singer Geddy Lee recently worked a shout-out to Tyler Hansbrough into the second verse of “The Trees.”

In the lonely life of the ol’ cowpoke:

Cowboys cornerback Orlando Scandrick has been suspended four games for violating the NFL’s performance-enhancing drug policy, further depleting Dallas’s underwhelming defensive unit. “And so it’s come to this,” said Cowboys owner and general manager Jerry Jones after announcing the suspension. Jones then put on a pair of shoulder pads and a helmet and stood, facing the assembled media, who were dumbstruck. When asked what he was thinking, Jones said, “I probably should have taken off my suit first,” before adding, “But really, it’s all just a show isn’t it?” Jones then walked away, helmeted head hung low, as he said, “Spent so much damn money on those screens, and it was all just a show” to no one in particular.