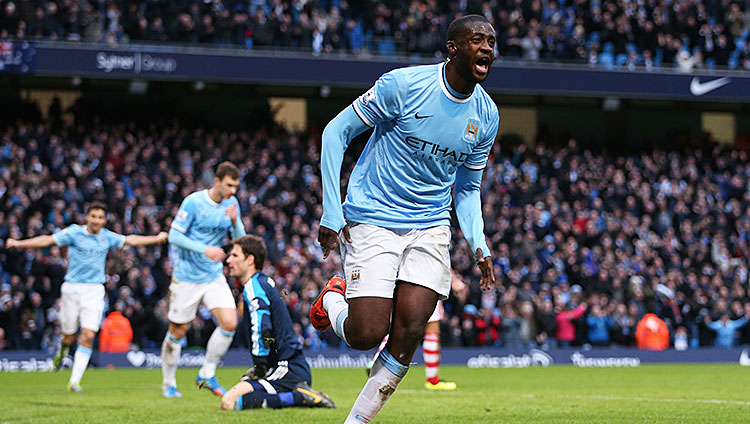 The English Premier League is nearly back, and so is the best way to make tons of money off your clueless friends and have some fun as you get to know the league and its players: Fantasy Premier League. Jokes aside, it’s pretty easy to excel in Fantasy Premier League — and to comfortably win leagues against your less-informed friends — by adhering to some essential strategies. I’ll provide some brief background information about the game before getting into the details.

You must select two goalkeepers, five defenders, five midfielders, and three forwards within a £100 million budget. Eleven players will contribute to your weekly point total—and the player you assign each week as your captain will earn double points—while four will stay on the bench. Once the first gameweek starts, your team is locked in aside from your one “free” transfer each week. You also have the option of making an extra transfer that will deduct four points from your upcoming week’s score, but this is rarely advisable.

Before the season kicks off, there is no way to reliably determine the best 15-man roster. Player performance fluctuates wildly each year, due to injuries, team improvement or regression, and plain luck. As a result, this section will not have a “choose these certain players” feel to it. However, there are a few guidelines that you must follow when selecting your initial team.

As appealing as it is to build an über-defense and run a 5-4-1 formation, the pro-attacker scoring system, as well as the unpredictability of defender points, mandates a 3-4-3 or perhaps a 3-5-2 setup. That means that you’ll always have one goalie, two defenders, and one forward/midfielder on your bench each week.

Avoid the temptation of providing depth with an expensive bench. This is not real soccer, so having quality subs is the least of your concerns. Instead, try to fill your bench with players who are both very cheap and also likely to start most games (Andre Wisdom of West Bromwich Albion and Marc Albrighton of Leicester City are two solid options that fit this description). This way, you won’t sacrifice the quality of your starting lineup, but you’ll also have a fail-safe in case your starters don’t play.

A quick note here: Having a well-balanced fleet of £7-8.5 million priced forwards/midfielders may seem advisable, given the ostensible bang for your buck in this price range. However, you’ll pay the price with your lack of reliable captains. The fine scoring margins of Fantasy Premier League dictate that the doubled captain points are crucial to winning weekly matchups within your league (as well as contributing to your overall point total). This means that you must have at least four forwards/midfielders of the caliber — and price tag — of, say, Diego Costa, Wayne Rooney, Yaya Touré, and Daniel Sturridge. These are guaranteed starters on teams that generally hammer weak opposition at home, thus providing you with a predictable source of captained goals and/or assists. In a given week, one of them, at minimum, is bound to have a favorable home fixture, and that’s typically where your armband should go. 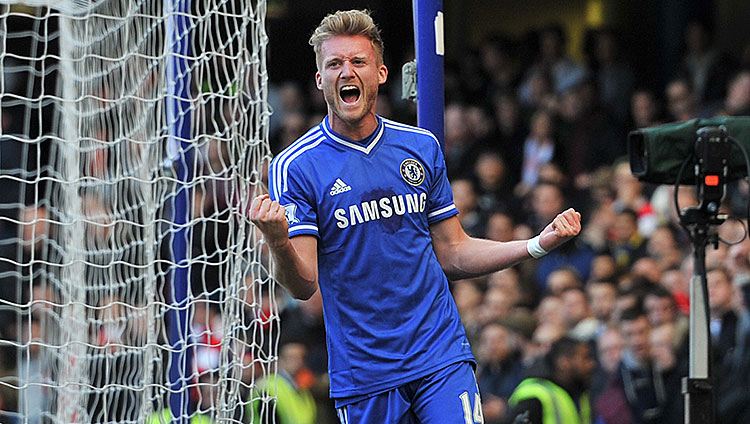 Quick, choose the better midfield option: André Schürrle for £7.5 million, or Christian Eriksen for£8 million? Chances are, you’re leaning toward the cheaper Schürrle, last seen lighting up the World Cup for Germany. But there’s an important lesson to be learned here: Do not choose your team based on the players you’re most familiar with. There’s a reason a player of Schürrle’s talent is so modestly priced: He only sporadically starts for a loaded Chelsea team, and he will endlessly frustrate you with a series of late substitute appearances and outright DNP-CD’s.

Meanwhile, Eriksen is nailed-on to start almost every game for an improving Tottenham side, so he’ll comfortably outscore Schürrle thanks to his far greater playing time. As a rule, before you snap up a seemingly too-good-to-be-true player, make sure he’s in his manager’s first-choice XI.

The corollary to this rule is “be wary of sentimental favorites.” Fantasy Premier League is a cold, soulless game. Consider an anecdote: In the summer of 2013, Jozy Altidore delivered a seven-goal tour de force for the USMNT. The pieces seemed to be in place for Altidore to carry that rampant form into the Premier League, and he became a popular pick among Americans ahead of the EPL season. Many of you are probably nodding grimly after that sentence.

Those hopeful Altidore owners allowed their patriotism to obscure a very important fact: Altidore plays for Sunderland. And Sunderland is a terrible soccer team, eminently capable of sucking the goals out of even the most in-form of strikers. Cue broken hearts for both Altidore (one goal in 31 league appearances) and his fantasy owners, who trotted him out for one- or two-point showings, week after week, until common sense finally prevailed. Don’t make the same mistake with a player you fell in love with during the World Cup, or a player who hails from your study-abroad country, or whatever else.

As important as it is to draft wisely, leagues are won in the transfer market over the 38-week marathon, not in the draft room prior to Gameweek 1.

Take Arsenal, for example. After Arsene Wenger’s excellent summer transfer activity, several Gunners look like quality options. But in the first seven weeks, Arsenal plays four teams that finished in the top six last season, along with a two-leg Champions League qualification tie in late August. Do we really want to invest heavily here? On the other end of the spectrum is Manchester United, which faces the three promoted teams as well as Swansea, Sunderland, and West Ham in the first six weeks. A man of Louis van Gaal’s bravado will almost certainly take full advantage of such a favorable opening schedule, and thus it’s probably wise to own at least one United player. Remember, these pockets of either promising or bleak fixtures exist throughout the season — it’s your job to recognize them and plan accordingly.

Last year’s most prominent example of fixture exploitation came from Luis Suárez. Interest in the Uruguayan cooled after his quiet month of November, but December brought a stretch of four games that saw Norwich City, West Ham, and Cardiff City all roll up to Anfield, with a trip to a then-reeling Tottenham in between. In just four games,Suárez scored an incredible 10 times. With the help of assists and bonus points (Fantasy Premier League has a system for denoting the three best players in each game), he racked up a completely absurd 19.3 points per game in the four-game stretch, highlighted by a historic 24-point evisceration of a woeful Norwich side. 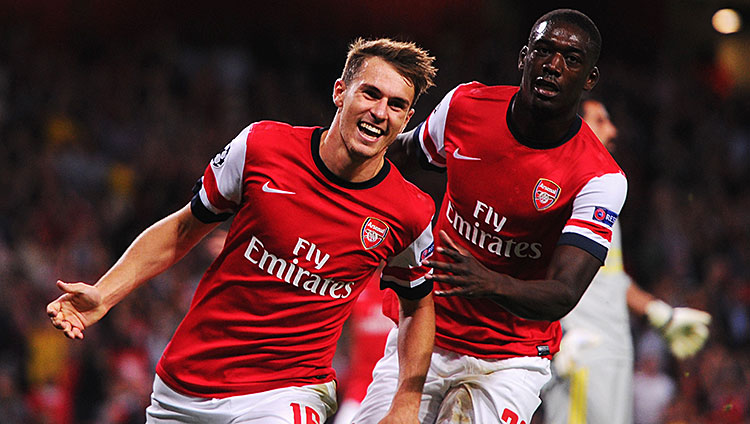 In other words, don’t ignore the upcoming week’s (or upcoming several weeks’) prospects in favor of what happened in the previous week.

Let’s look at a quick example from last season’s Gameweek 3. Starting primarily due to Robert Snodgrass’s injury, 5.0-priced Norwich midfielder Nathan Redmond racked up 11 points against Southampton, while Arsenal’s 5.5-priced Aaron Ramsey managed just three points against Tottenham. Though he wasn’t even a guaranteed starter and had Arsenal, Tottenham, and Chelsea among his next five fixtures, Redmond picked up tens of thousands of new owners before Gameweek 4, strictly on the basis of his double-digit haul the previous week. Meanwhile, Ramsey was almost completely ignored, despite his nailed-on starter status and outrageously easy upcoming fixtures. Predictably, the few astute managers who focused on Ramsey’s latent potential instead of Redmond’s flukey, one-week showing were rewarded in a huge way.

Ramsey scored 15 points in Gameweek 4 and went on to average 9.3 points per week as he ripped through the soft spot in Arsenal’s schedule. To put that in perspective, Yaya Touré averaged 6.3 points per game and was the leading scorer last season. Redmond, on the other hand, picked up six points total in the five weeks after his Gameweek 3 romp. The moral of this story is that when making transfers, we must consider the big picture far more than simply last week’s points. Especially relevant factors include strength of the previous week’s opposition and difficulty of upcoming fixtures.

With all of that said, there are some cases where you should indeed rush to bring in a player after a double-digit point performance, namely if he has favorable fixtures coming up or if he managed the big score against a staunch opposing defense, thus suggesting he is in form and potentially “fixture-proof.” All told, your task is to stay calm, analyze the relevant facts, and separate the sustainable stars from the one-week wonders.

Within the parameters of the above suggestions, you have plenty of freedom to pick the specific players that you favor. The most important thing is that once the season gets going, you recognize who is performing and who is not — as well as who is likely to either start performing or start regressing soon — and make the appropriate transfers. Here’s one option to begin the season.

Join me (and see if you can beat me) in the official Grantland league by visiting the Fantasy Premier League website and entering the league code 6993-383249.

Blake Thomsen is a staff writer at The Cauldron and contributing editor at American Soccer Now. He finished in the 99.9th percentile out of over 3 million people worldwide in last season’s Fantasy Premier League, which is probably more embarrassing than it is impressive.