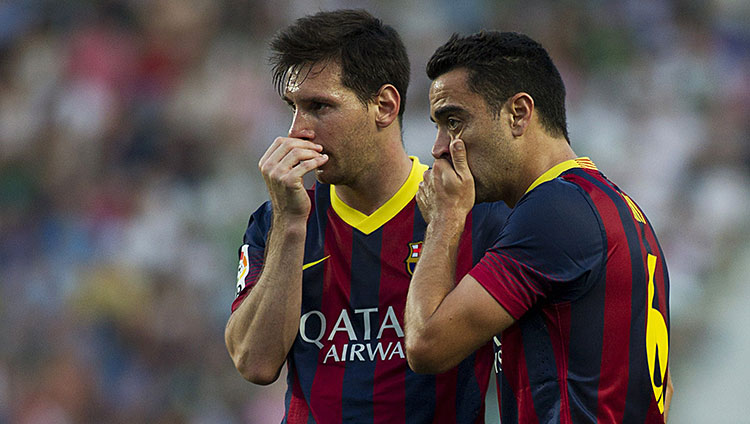 You cannot talk about Barcelona without talking about Pep Guardiola. Still. This is a problem, because Pep Guardiola currently works at Bayern Munich. It’s been two seasons since he patrolled the sidelines at the Camp Nou, but Barcelona remain caught in a post-Pep identity crisis. Barcelona’s grip on the top of international soccer has eroded since Pep left. The question the storied Catalan club faces now, however, is how to get it back. Should the team evolve away from what made it great? Or has it already strayed too far from what its trophy-hoarding manager preached? Perhaps only a return to the orthodoxy of the Pep years can save the team?

Barcelona have made many curious choices that have brought them to this state of limbo, but the main reason they are in this situation has to do with a tragedy nobody could control. Tito Vilanova was supposed to be the successor to Pep Guardiola. Tragically, Vilanova was able to manage only for part of one season — he was diagnosed with cancer and passed away last April. Sometimes life, and death, intervene. Vilanova was Pep’s right-hand man both at Barcelona and before that at Barcelona B, and would have been the perfect man to carry on the Pep Guardiola tika-taka tradition. It was his death, combined with Pep’s departure, that brought Barcelona’s existential crisis to a head.

Nowhere is the crisis more clear than in the various managerial choices the team has made over the last two years. Last season, Gerardo “Tata” Martino took over. Martino was intent on shifting the team ever so slightly away from its tiki-taka roots. He also wanted the team to have a plan B for those days when it seemed like tiki-taka just wasn’t going to get the job done — a quicker, more vertically oriented attacking game. It’s a system that, at least in theory, would play to the strengths of players like Cesc Fàbregas and Alexis Sánchez, who, despite their obvious talents, had yet to replicate the form they had found with their previous clubs.

During a game in September against Rayo Vallecano (which Barcelona won 4-0), Martino basically turned the match into a practice session for the team. Barcelona finished with under 50 percent possession as they worked on counterattacking — the first time that had happened in 317 matches.

A season later, Martino, Fàbregas, and Sánchez are all gone. Barcelona’s new manager, Luis Enrique, is about as steeped in the club’s mythology and aesthetics as possible. He followed Guardiola at Barcelona B, before stints at Roma and then Celta Vigo. If you want a manager to return to tiki-taka orthodoxy, there is no one better qualified in the world than Luis Enrique.

It seems like a clear message from management to the fans: Last year, the problem was that we tried to change. This year we will fix it by going back to our roots, and everything will be right with the world again.

(Oh, and this is the point where it’s probably worth remembering that, for all that went wrong for Barcelona last year, they went into the second half of the last game of the season with a La Liga title in their hands, before conceding one goal and the championship to Atletico Madrid.)

Despite rumors that Xavi might be moving on to greener (in cash), less physically demanding pastures, he and the other half of tiki-taka’s heart and soul, Andrés Iniesta, are back for another year. But Xavi is 34 now, and while he’s still great, he doesn’t have the motor he once did. Nobody makes the tiki-taka engine purr like Xavi, and that’s a huge problem for Enrique. The last two Xavi heir apparents, Fàbregas and Thiago Alcântara, now play at Chelsea and Bayern Munich, respectively. Fàbregas never quite fit in when he came back to Barcelona from Arsenal, and Thiago opted to rejoin Guardiola in Germany. The most recent heir to the throne, Sergi Roberto, is 22 years old and played 281 La Liga minutes last year.

Barcelona replaced Fàbregas with Ivan Rakitic. Rakitic, whom you may remember as the flopping blond set of locks in Croatia’s midfield this summer, is a fantastic player. He is also not from La Masia, and after watching Fàbregas, who was raised in the system, struggle when he returned after eight years at Arsenal, it’s tough to imagine Rakitic sliding comfortably into a tiki-taka midfield. There’s nothing wrong with selling Fàbregas and replacing him with a cheaper, slightly younger, maybe even better version. But it doesn’t solve the problem of Fàbregas not being able to replace Xavi. Rakitic won’t either.

Luis Suárez is the big buy of the summer, and he is a ridiculously good forward. But he too isn’t schooled in Barcelona’s ways. 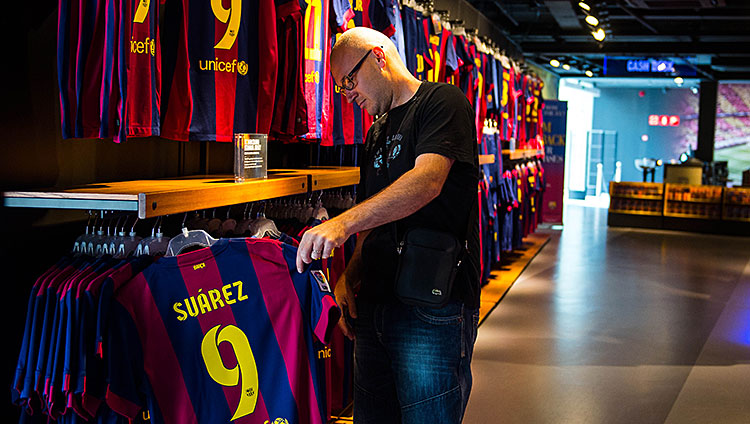 Now, it’s not like bringing in high-profile stars is a new thing for Barcelona. Pep worked with Thierry Henry, Samuel Eto’o, and Zlatan Ibrahimovic, but they were all finishing touches on a smoothly operating system. And as Lionel Messi hit his ridiculous heights, those attackers became less important. Barcelona found their star and turned their attention to complementing him, not the other way around. Now they seem to be walking that back, first with Neymar, and now with Suárez. It’s curious that Barcelona have prioritized attacking talent when they might need a more fundamental roster overhaul.

And that’s before we get to the most glaring problem of all: Barcelona’s defense. Since Carlos Puyol got old and retired, Barcelona have been in desperate need of an elite defender to pair with the skilled but flighty Gerard Piqué. It was the team’s most glaring hole last year. Instead they bought Thomas Vermaelen, who couldn’t start for Arsenal, and Jérémy Mathieu, who’s on the wrong side of 30. Whatever questions Barcelona had in defense, those two are not the answer.

It’s not enough to simply replace the ornaments on the tiki-taka Christmas tree when the roots are starting to show their age. Maybe Luis Enrique can fix the problem and Sergi Roberto is ready to shine. Or maybe insisting on adhering to a style so reliant on a 34-year-old midfielder is doomed to failure, and Enrique is being brought in to accomplish an impossible task. That’s the real challenge in front of Barcelona. The club acts as though it can get better, simply by playing more tiki-taka. The truth is, Barcelona need to get better at playing tiki-taka.