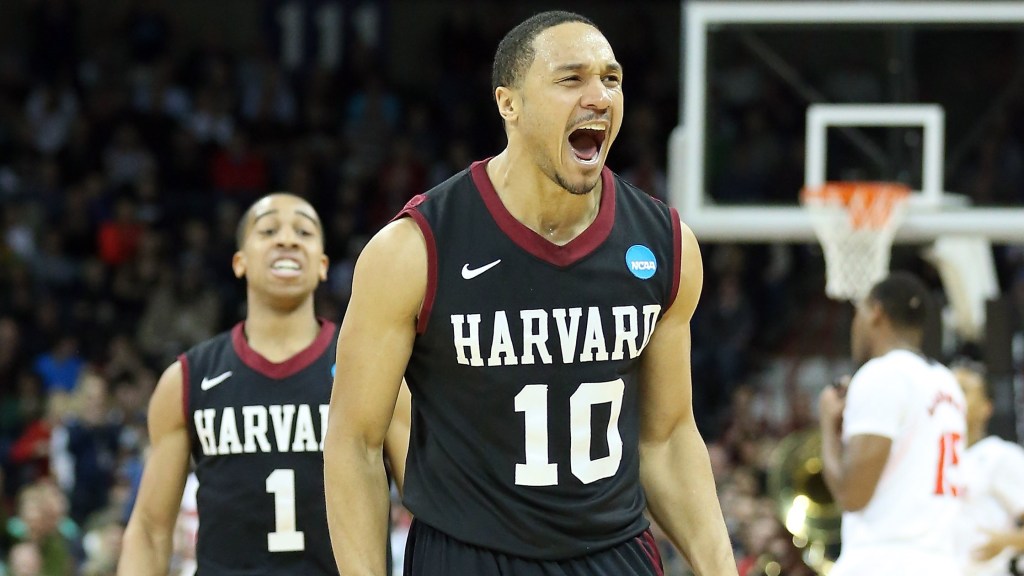 In case you were busy lighting your bracket on fire only to remember that it’s on your computer and you need that for work, here are the five stories in sports you failed to properly anticipate on Thursday:

In an array of bracket blunders:

Oh, look at you, stewing in your shame, with a bracket doomed to shredability because you didn’t pay attention to the narratives! You fool! You had Cincinnati over Harvard, forgetting that people from Harvard will always wind up on top of people from Cincinnati, beating them down with a mixture of clever barbs in the Lampoon and convoluted economic mechanisms. And you had Texas losing to Arizona State, forgetting how good a coach Rick Barnes can be when he isn’t saddled with the burden of playing Kevin Durant. And you picked Colorado to beat Pittsburgh, totally forgetting that Spencer Dinwiddie’s injury made the Buffalos worse than their seed would suggest. Wait, no, that’s not a narrative. That’s just — oh god, a glimpse into reality? No, no! Um, you picked Colorado, totally forgetting that Pittsburgh needs to lose tragically; a mere 8/9 first-rounder would be too inconsequential to suffice. There we go. Much better.

In other upsetting bracket news:

The North Dakota State Bison knocked Oklahoma out of the tournament, while Dayton did a number on big brother Ohio State in Aaron Craft’s last game as a Buckeye. “Or was it?” asked Craft with a cocked eyebrow when asked how he felt about playing his final game of college basketball. When told that it was, Craft said again, “Or was it?” When told it definitely was, Craft again said, “Or was it?” Only then did the assembled media realize Craft had placed a decoy robot in their midst, so he could escape to concoct a new identity to assume for next season. In unrelated news, Syracuse assistant coach Gerry McNamara also mysteriously disappeared from his team’s hotel last night, leaving only a number of towels tied together to form a rope hanging out of his window as evidence of his escape.

In remembering that, as good as the tournament is, basketball is still best when Steph Curry is involved:

Oh you missed Golden State’s 115-110 win over the Milwaukee Bucks? Too good for the pro game all of a sudden? Well here’s a mix of Curry highlights from his time at Davidson recorded off of a VCR for some unknown reason:

In seriously, when do the NHL playoffs start?

The Sharks edged Anaheim 3-2 while Daniel Alfredsson’s buzzer-beating overtime goal gave the Red Wings a 5-4 win over the Pittsburgh Penguins. When asked how his goal felt, Alfredsson let out a booming laugh and said, “Phenomenal! Everyone is coming back to my place to feast! A feast for all!” And while the assembled media laughed at Alfredsson’s bravado, the sharp glint in his eye let those present know he was serious. And everyone did go to Alfredsson’s home to feast. All the finest meats and vegetables from the region were prepared and presented, along with the tastiest meads and brandywines available. The banquet ran deep into the evening, and yet at the end of it, Alfredsson was the last man awake, still bellowing and swaggering about, a stein in one hand, a turkey leg in another, a big smile plastered across his face.

In you knew it was coming: