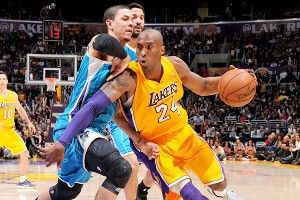 [Editor’s note: An old friend called and asked if he could take over today’s column. He sounded really sad and desperate on the phone, so I agreed.]

In case you were too busy NOT being the greatest shortstop AND third baseman of all time, here’s what you missed in sports on Tuesday.

Hey guys, future Hall-of-Famer Alex Rodriguez here. Spike asked me to take ALN off of his hands for the day, and I generously agreed. I figured I could use humor to start getting back into America’s good graces after a not so great day of news for me. Hey, it’s like they always say, when life gives you deer poop, kill the deer and drink the liquefied remains of their antlers. Hehe. OK, let’s go.

How Joe Flacco's Big Arm Can Exploit the 49ers' Secondary