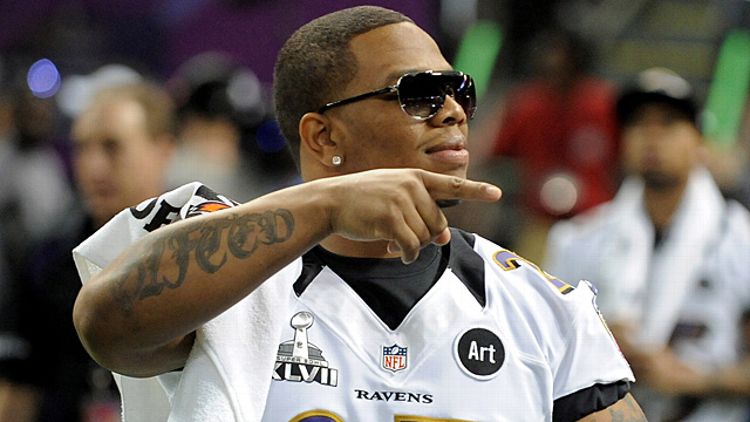 Grantland’s Rembert Browne is in New Orleans for Super Bowl week, and he has some very specific goals in mind: (1) to chronicle everything seen, heard, tasted, smelled, and felt — emotionally, (2) to wake up first and fall asleep last, (3) to make his way into events he has no business attending, and (4) to somehow talk to Beyoncé. We don’t exactly know where he’ll be at any given time, but we’ve asked for at least two dispatches a day, if for no other reason than to know he’s still alive.

The Scene: Super Bowl Media Day.
Immediate Reaction: A zoo, but between the media and the athletes in attendance, it was unclear who were the spectators and who were the animals.

The Rules: Each team enters the arena for about an hour, with the more prominent players and coaches having personalized booths set up to sit and field questions, with the rest of the lot roaming the grounds, doing whatever they please, until someone stops them and asks to talk.

And then, to show the other side, here’s Baltimore’s Jameel McClain (who spent a solid 15 minutes being a reporter) waiting his turn to ask Ed Reed a question at the “Ed Reed at Media Day” station.

Although I was told on two occasions that this was a relatively “calm” Media Day compared to past examples, to my eyes it was nothing short of a circus, from the entrance of both teams to the crowd that formed in the stands to cheer on their team (yes, Saints fans cheering on the Saints, too, because why not?) to the end of each team session, which was a team photo.

Some marquee players had more hype surrounding their booths than others, most notably Ray Lewis, who had reporters and cameramen setting up for position a full hour before he made his way out to have his emotional fireside chat:

But even as this media circus took place around the Lewis, a completely different circus was taking place just feet away from him:

The best Media Day strategy? If you were a reporter with a microphone and a camera, the best way to get the 40 to 50 roster roamers to be your best friend was to be as absurd as possible. As we see above, this worked. At one point or another, more than 10 Ravens players tried to get beads from the self-anointed “King of New Orleans.”

Throughout all the clowning and antics, from both the players and the media, a singular piece of normalcy took place that brought a beautiful calm over the blitz of an event, even if for only a few minutes. It was an act so normal and unassuming, it was easily the most abnormal thing that took place at Media Day.

After the 49ers’ hour ran out, they took to the risers to take their Official Super Bowl picture:

Once the coaching staff got in order, and the players began to take their seemingly arbitrary places on the risers, someone came in to restore order.

There is MOST CERTAINLY someone whose job it is to organize the players for this photo, but that person was quickly demoted by Jim once it got to crunch time. Attempting to move efficiently, multiple “please quiet down” remarks came from West Coast Harbaugh, but they were never directed at his team. Instead, the phrase was always followed by a hand up and a sassy look at the chatty photographers behind him.

It was incredible to watch:

But then it got better:

And then it got SO MUCH BETTER:

Jim Harbaugh has always had this Dennis Quaid–American Dad–”I’m flawed but never too proud to not say ‘I’m sorry'” quality to him, but this scene really cements not only the type of guy he is, but also the type of ship he runs. He treats his players like boys and men, simultaneously, in the most natural, respectful, non-patronizing way possible. Watching him handle his team in that way, and watching them respond positively, shed more light on the successes of the San Francisco 49ers in a five-minute period than an entire season on the football field.

He might just be the perfect coach. I can’t believe I just said that.